Over the years I've come to see the imagery used for promoting the film Stargate not merely as a design element, but as a extremely serious religious icon. The film is an ancient astronaut parable, explaining high civilization as the result of extraterrestrial interference.
We have the Stargate itself, which is pictured as a phallic beam composed of a viscous fluid not entirely unlike male ejaculate. This could very well be interpreted as a more radical form of Panspermia. In this case, it's higher intelligence that is being seeded, not biological life. 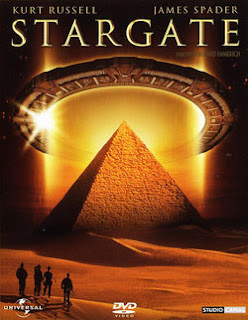 It's my belief that the Pyramid is a maternal symbol, with the triangle pointing towards the sky representing the female pubic area. Even the most orthodox Egyptologist will tell you that the point of tomb pyramids was the cosmic rebirthing of the Pharaoh. Inside the Great Pyramid, we see chambers and shafts corresponding to the female reproductive organs.
The beam or shaft of light in this iconography is a fairly obvious representation of a cosmic phallus, seeding Earth with extraterrestrial intelligence and technology. The Stargate itself brings to mind a certain device which is best left unmentioned. 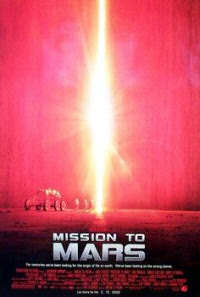 The heavenly insemination in the NASA/Disney co-production Mission to Mars comes in the form of a band of helpful Freemasonic astronauts, who travel to Mars in order to wake the red planet from its slumber. "You shall be as gods" is literalized here, as the Freemasons become the creator gods of a foreign biosphere.
John the Baptist ascends to the heavens in place of Woody/Jesus, who takes John's place and floats in limbo for eternity. Make no mistake, the over-riding obsession of the Masonic faithful of NASA is to revive Mars, in imitation of Jehovah and the other gods of Genesis. 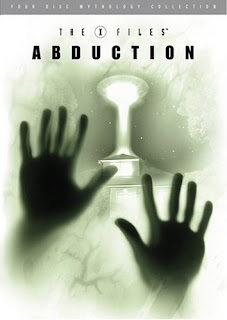 The heavenly insemination is literalized in The X-Files. The abduction in question is that of Isis/Hathor/Demeter stand-in Dana Scully, who is abducted and inseminated using alien technology, creating a human/alien hybrid.
Here a modern house becomes the pyramid/pubis, referring us to the fact that the ancient astronauts have returned and are at work again in the The X-Files universe. This domestic imagery reminds us also what The X-Files is really about- dealing with the trauma of childhood sexual abuse.
Scully's direct encounter with the ancient astronauts' technology would result in the birth of her Horus analog, William.

Enki Bilal's Immortel dispenses with the allegory all together and gives us Horus in the flesh. Here were see the Pyramid of the Netjer themselves hovering over a future Empire State Obelisk.
We see a glow emanating from the pyramid, but the inseminating beam is redundant- the Space Gods are here and are openly interfering in human affairs.

Independence Day, a gut-punchingly blatant Templar ritual drama, gives us a disturbing image as the death beam envelops the Empire State Obelisk in an anti-insemination. The star shape and the aperture of the ship bring connotations to mind inappropriate for a family-friendly blog. 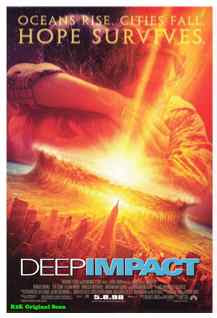 The poster for Red Planet superimposes the heavenly beam over the face of the film's Horus, played by Val Kilmer. Note the Trinity (and "Trinity") and the womb-like depiction of Mars, a reverse of the deathwomb of ID4.
The beam here is going two ways, as Kilmer's prostrate form is the dying figure in the dying/rising cycle. Mars is a primitive, prehuman planet- the Space Gods are the modern astronauts, who have become as gods.

Taking us to Starman, which brings the Eternal Drama back to Earth. In the film, the risen Starman impregnates his earthly lover before he returns to space, as did Osiris.

Here we see a repeat of the heavenly beam/Trinity on the ancient astronaut parable Star Trek: First Contact. Here we see the cybernetic trinity of Data, the Borg Queen and Locutus. The assembled Borg almost resemble the Djoser pyramid. In this film, the heavenly insemination comes in the form of the Vulcans, who raise a post-apocalyptic Earth to its future Masonic glory by interfering in the human race's technical evolution. 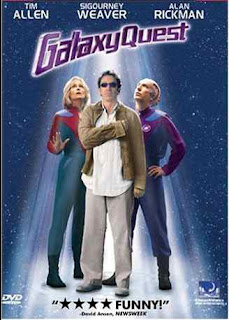 Brilliant Trek parody Galaxy Quest uses the inseminating beam to transform earthly actors into cosmic Templars, similar to the message of First Contact. In Galaxy Quest, however, the Vulcan characters are quivering, gullible wimps rather than the detached Olympians of Star Trek. Notice again we see a Trinity immersed in the beam. 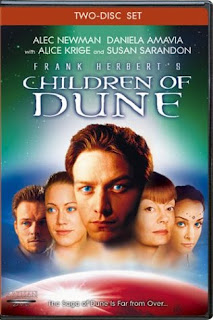 The Dune-iverse proposes a militaristic alliance and syncretizing of the Templars, Jesuits and Assassins in order to destroy the forces of runaway mercantilism and imperialism. Here we see the heavenly beam inseminating Arrakis, resulting in the birth of the reincarnation of the Baptist/DeMolay figure Leto Atreides in the form of his grandson.

The sequel to the Atlantis/Dionysian parable Cocoon features the film's John the Baptist, Jack Bonner (yeah, the Steve Gutenberg character, believe it or not) receiving the heavenly beam, which as with all ritual dramas symbolically reverses an unhappy historical outcome for some... 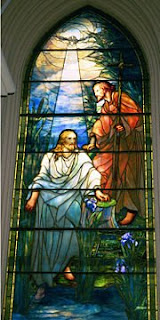 ...that being the anointing of Jesus by the heavenly beam in place of John. The most popular telling of this historical revision appears in the non-synoptic Gospel of John, which is itself filled with malappropriated Alexandrian Mystery cult symbolism.
Note however, that John is elevated visually over Jesus in this tableau. Their true viewpoint always hides in the subtext. Similarly, the Dove was a symbol of Hathor, symbolising Jesus' annointing as the Christ, or Horus-King (re: Christ comes from the Greek khrein, or k-hr-ein, "to have the Ka of Horus").

The modern conception of movie aliens began with Spielberg's Close Encounters. Here we see a breathtakingly blatant heavenly insemination, as the highway/pubis is penetrated by beam from the alien ship. The phallic symbolism is driven home with the mass encounter at Devil's Tower, where these inseminating aliens lift their earthly prophets to the Heavens.
So, that's a sampling of the Hollywood take on the Heavenly Inseminating Beam. What does any of this have to do with the real world?
at May 05, 2008