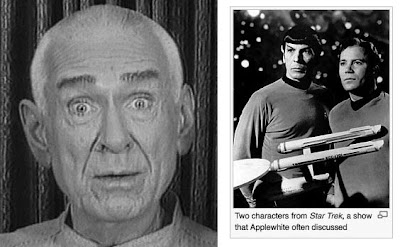 If Star Trek is indeed inextricably linked to the human potential movement and a bizarre flying saucer cult, why is that so? What is the purpose of programming these strange themes into what is one of the most successful sci-fi franchises of our time?
Read more »
at July 22, 2013

Secret Star Trek: "An Outgrowth of The Outer Limits"

Daystar Trek: From Project Vulcan to a projecting Vulcan 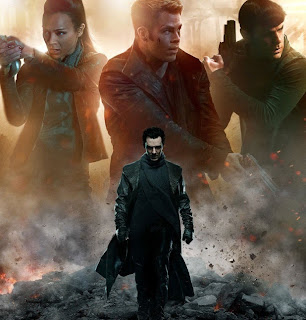 That the team that brought us Fringe also brought us the revised Star Trek is no accident. In fact it was inevitable. Fringe took huge chunks of storyline from The X-Files but it also drew inspiration from a bizarre period in American history when Cold War budgets were financing fringe scientists at Stanford Research Institute, Xerox PARC and other locales in north-central California. 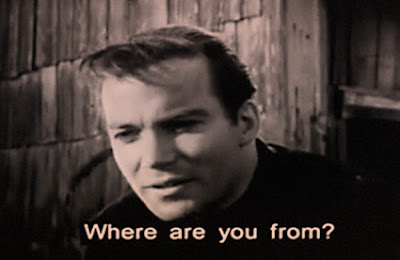 The connections between the secretive flying saucer/channeling cult known variously as The Council of Nine, Lab-9 or simply The Nine with both Star Trek and the legendary Esalen Institute in Big Sur, California have been known for many years. 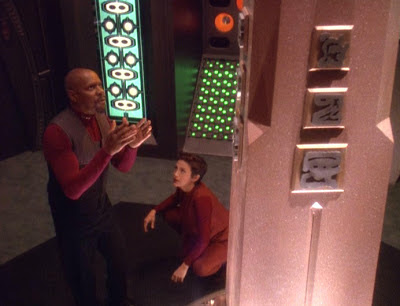 Just as we learned that something very much like the Council of Nine predates Andrija Puharich's contact with them, so may the presence of the Nine inside Trek prefigure Gene Roddenberry's involvement with Lab-9 in 1975.
Read more »
at July 05, 2013

Secret Star Trek: "It Partook of the Occult." 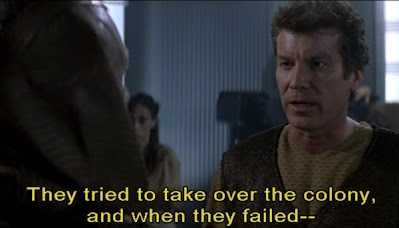 It all started with such a trifling thing; the teaser in the new Star Trek into Darkness film has our heroes saving a primitive race on the planet Nibiru and by doing so creating a cargo cult.
This is exactly the kind of scenario we see when symbolism is injected into a fictional narrative intentionally and consciously; it draws attention to itself, awkwardly.*