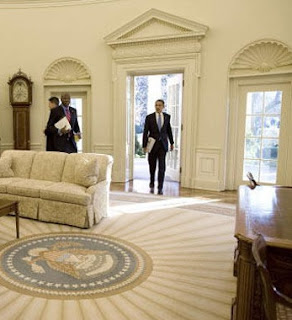 Transformers: Revenge of the Nephilim 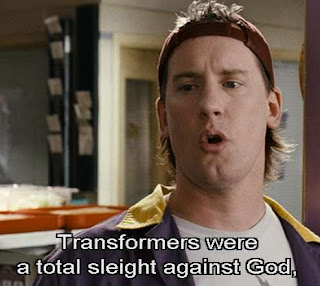 I don't know much about The Transformers, but it seems the new film is going to head into familiar territory.
Read more »
at January 16, 2009

The Day the Earth Stood Still, or The Tedium of Propaganda 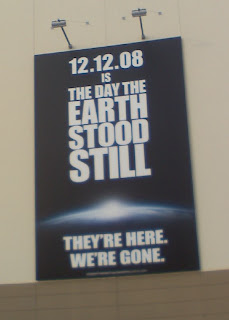 "Wounded Eye of Horus" in promo poster outside theater
and the dumbest tagline ever.
WARNING: CONTAINS SPOILERS
Well, me and the missus and I trekked up to the frozen gateway of the New Jersey Skylands to see The Day the Earth Stood Still (finally).
We caught a matinee while I was catching a breather from work. If you want to know why I don't write much about all of the latest movies, maybe the fact that it cost 17 bucks for two tickets to a matinee showing of a month-old movie will explain that.
Read more »
at January 14, 2009

The Great Goddess and the Golden Globes 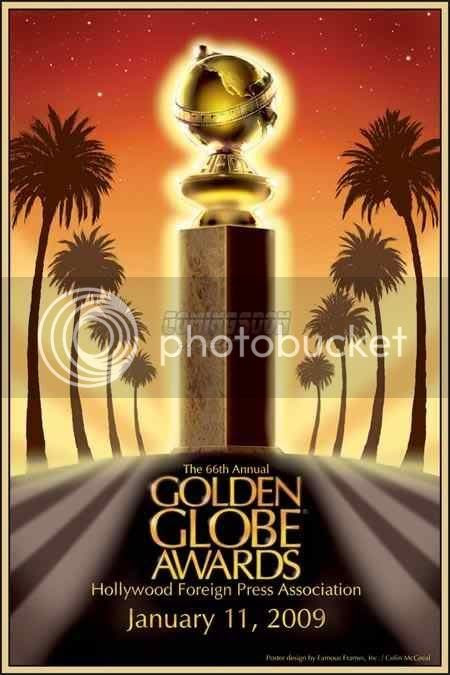 Tonight we have the poor man's Oscars, the 66th Annual Golden Globes. Fascinating art in light of recent events: an uber-phallic illuminated obelisk flanked by a gauntlet of Phoenix palm trees.
Read more »
at January 11, 2009

The Alien Gnosis of Race to Witch Mountain 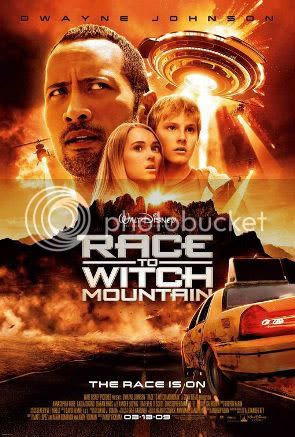 Note sunrise and Heavenly Beam
Abstract: Is Witch Mountain simply mindless entertainment or a subversive Astro-Gnostic parable pointing us to deeper truths about our own origins?
In our last installment we looked at the new Witch Mountain film (premiering 3/13/09), which semiotically places "Horus Scorpion" in the role of the alien children's protector. The children are named Sara and Seth, strangely enough, seeing that Seth is a variant spelling of Set, Horus' uncle and rival.
Read more »
at January 06, 2009 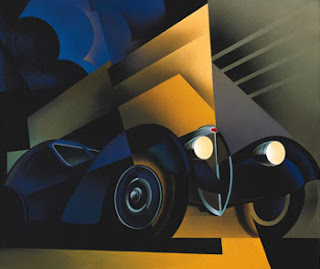 Sometimes you have to wonder if news items aren't sometimes made up of whole cloth and planted in the media to follow some weird ritual cycle, unknown to the general reading public.
This is one of those stories that seems more Morals & Dogma than Christian Science Monitor...
Read more »
at January 04, 2009

The Killing Joke of The Dark Knight 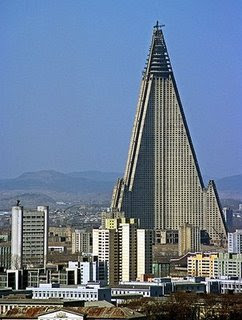 PYONGYANG: North Korea's phantom hotel is stirring back to life. Once dubbed by Esquire magazine as "the worst building in the history of mankind," the 105-storey Ryugyong Hotel is back under construction after a 16-year lull in the capital of one of the world's most reclusive and destitute countries.

According to foreign residents in Pyongyang, Egypt's Orascom group has recently begun refurbishing the top floors of the three-sided pyramid-shaped hotel whose 330-metre (1,083 ft) frame dominates the Pyongyang skyline.- Canada.com