Well, the full trailer for 2012 is here. And as to be expected from a Roland Emmerich film, it's chock-full of mass destruction and genocide. The guy certainly has a knack for it, doesn't he?
Apocalyptic film seems to have an added appeal during times of malaise like this one- it's the ultimate fantasy of the global reset button. Of course, no one watching pictures themselves amongst the piles of dead the dogs are picking at, they see the blood and fire through the eyes of the stars (John Cusack in this case, re-teamed with Martian Child co-star Amanda Peet) reaching that brand new day on the other side of it- the "Morning After" Maureen McGovern warbled about all those years ago.
Read more »
at June 25, 2009

OK, let's backtrack. We have this technology that's straight out of the Sprawl Trilogy (or other, more unearthly sci-fi, perhaps), which "Neuromancy" refers to. It's called "Project Natal," meaning "Project Birth." The character here is Milo (who is actually an androgyne) and his/her dog Kate.
First, let's do Milo. From wiki:

In Hebrew context, Milo is an abbreviation of the Hebrew name MI "who" KHA "like" IL "god", alias Michael meaning "who resembles God".

OK, "the project of the birth of he/she who is like god." Fair enough. Back to wiki:

Milo and Kate - a game in development by Lionhead Studios in which the player interacts with a young child (Milo or Milly, selected by the user at the start) and his/her dog Kate, using items and passing him virtual items from real life actions. In an interview after the demonstration, Lionhead founder Peter Molyneux confirmed that the demo was in fact the long running Project Dimitri. In the demonstration available at E3 2009, only Milo was available to interact with.

OK, Kate is a no-brainer for longtime Secret Sun readers. Kate is the diminutive of Katherine, which around here we interpret as Ka-Hathor-Ein- "to have the Ka (spirit) of Hathor." And the dog is Sirius, reminding us of the conjunctions between Hathor and Isis. 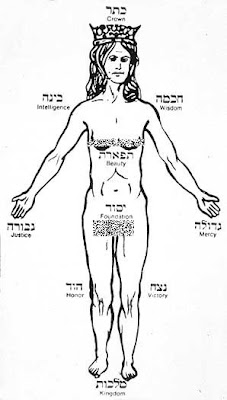 But who is the he/she that is like God? Adam Kadmon. We find that Milo grew out of another project:

The Dimitri Project was the codename for a video game by Lionhead Studios that for many years had an unknown status, before surfacing in 2009 as the technology demo "Milo" for Microsoft's Project Natal.

The Dimitri Project! And where does that name come from? 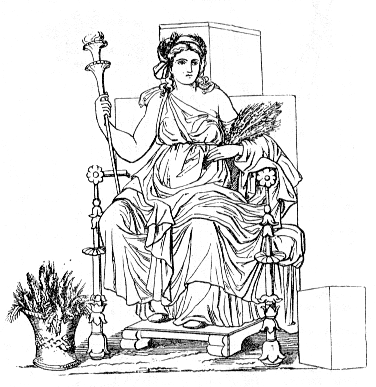 Demeter.
And created by Lionhead Studios- all of you Jungians out there just spit your second cup of coffee at the screen. Who is the Lionhead? 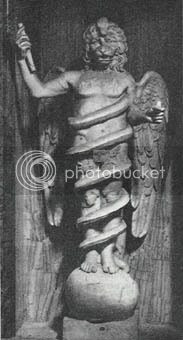 Aion, companion of Mithras, brother of Harpocrates. So, the birth of Milo/Milly who is like god and whose companion is Hathor-Isis, who grew out of Project Demeter who was created by Aion. These are not random bits culled from here and there in mythology, we're hitting the core archetypes here- the very apex of the Mystery pantheon.
Ancient mythology meets futuristic- almost alien- science, again. You can't keep them separated anymore these days, can you? Now go look at that video again and feel the Secret Sun on your face.
at June 10, 2009

So many strands coming together here- Barackobamun as the avatar of restoration, compared to King Tut by none other than Zahi Hawass himself. This is no surprise to attentive readers of this blog, but it's still quite remarkable to see that CNN is now pushing this meme.
Read more »
at June 04, 2009