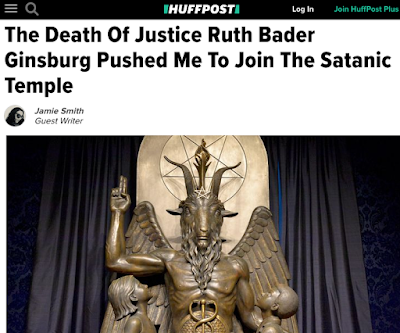 Because we're at the point where the Simulation has gotten tired of gaslighting us and is now just downright trolling us, an article so self-parodic it reads like it was written on a dare has popped up on the HuffPost. That's the dying, desiccated husk of the old Huffington Post, which committed Wokeicide a few years back and is now a haven for shrieking morons of all shapes and sizes.
The corporate media has futile pledge drives for The Satanic Temple at least once a year, so I guess this is the week for it.
Read more »
at September 25, 2020

Mother May Eye?: Raised by Wolves, Part One 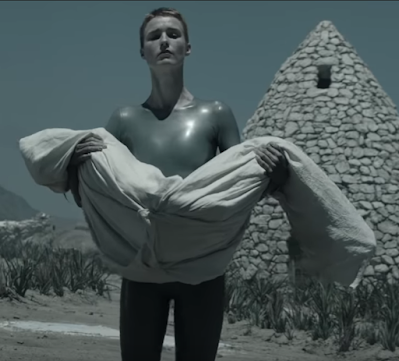 When I first heard of HBOs new series Raised by Wolves, I yawned. It looked like yet another blast of anti-human brainwash (or "the Agenda") in the guise of "science fiction." It also looked incredibly dated and rather desperate, as it posits a universe in which human-like androids and interstellar space travel are actually possible.
Sad, isn't it?
But as I watched the pilot I was very pleasantly surprised. While the first episode of Raised by Wolves incorporates all the tedious and exhausting tropes of Transhumanist SF, it brilliantly undermines them and shows what absolute nonsense they all are.
Read more »
at September 08, 2020