He Will Live Up in the Sky 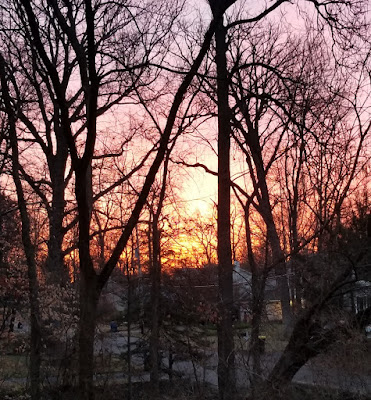 Good Lord willing and if the crick don't rise, I'll be getting my debut novel He Will Live Up in the Sky into your hungry little hands 1Q 2019. To celebrate I'm posting a year-end preview for all my Sunners out there.

Seeing as how I'm a major proponent of the "dance with the one what brung ya" concept, He Will Live Up in the Sky will cover familiar ground to Sunners; remote viewing, UFOs, cults, MKULTRA shenanigans, technocracy, the Greater Boston metro area, rock 'n' roll, and of course, the Nineties.

I hope you have as much fun reading this as I had writing it.

The other big story this week was this weird viral video posted by Kevin Spacey. Portraying his character from House of Cards, Spacey is either letting us know he's lost his last remaining marbles or he's issuing a coded threat to his fellow BLs in Tinseltown. A threat stating, "If I go down, I'm taking all of you with me."

I Don't Belong Here (and Neither Do You)


A movie I think Secret Sun readers need to watch recently popped up on Amazon Prime. So to mark the occasion, I've revised a review I did on the film upon its release and expanded it to fold in some related films and topics.

After all, what gives you that homey, Yuletide glow more than some home-brewed high weirdness and fresh-baked AstroGnosticism, just like your Grandma used to make?

Email ThisBlogThis!Share to TwitterShare to FacebookShare to Pinterest
Labels: Shimmer

Annihilation Reality: Pray for Us Shimmers

Well, we're coming up on awards season. As of yet, I haven't seen the chilling docudrama Annihilation nominated for any major awards. Maybe it shouldn't have been so closely associated with Netflix or maybe it should have just dropped the "dramatization" bit and done a straight documentary.
Or maybe gone a little lighter on the dubsteb sound effects, I don't know.

There Goes the Sun


Well, it's quite brisk around these parts, my friends. I find it rather invigorating with the sun shining, somewhat less so when it's overcast. And if the trend-lines hold I'll probably have adjusted my opinions rather considerably in a few weeks or so.

Space/Gods: Bennu and the Jets 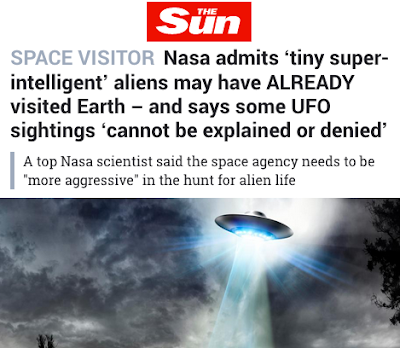 Lots of activity up in space this week, allegedly. And right on time we have some NASA guy talking about aliens and UFOs, which in turn will be followed by the usual walkbacks and denials. We all know the drill, we've heard it a hundred times before. It's how the NASA nerds get their little jollies.

I mean, I think it's kind of tired but the government doesn't give me tens of billions of dollars to piss away every year, do they?