It's that time of year again, time to look at the ancient fertility rites behind April Fool's. The practice seems to have lost a bit of its luster lately, but that could always change. Or rather, will.
Personally, I find April Fool's to be dopey, cringe and tiresome, which of course guarantees it's due for a mass revival, underwritten by the entire Fortune 500. That said, one of the best-ever April Fool's pranks aired on a Boston TV news show back in 1980:

WNAC-TV ended its 6 pm news broadcast with a bulletin reporting that Great Blue Hill in Milton had erupted and was spraying lava and ash onto nearby homes. The report showed footage of lava flowing down a hillside (taken from the March 27 eruption of Mount St. Helens) and edited remarks from President Jimmy Carter (who expressed concern) and Governor Edward J. King (who called the situation "serious").

According to reporter Jan Harrison, the disaster had been caused by a geological chain reaction set off by the eruption of Mount St. Helens a week earlier. At the end of the bulletin, Harrison held up a card that read "April Fools!"

This came to mind when I read that there was an earthquake in Los Angeles this morning.
Either way, let's have another look at the precedents to this very irritating pseudo-holiday.

The jingling of bells during the dance is meant to frighten evil spirits and the clashing of sticks represent the fight between good and evil.

The dancer who weaves in and out of the team of dancers is known as the Fool and whilst his dance seems to be that of a random nature, in fact his is a very intricate dance and represents the naivety of man. A dancer who is dressed as an animal character shows mans reliance on nature. Handkerchiefs emphasise the hand movements during the dance.- Crop Fertility Rituals 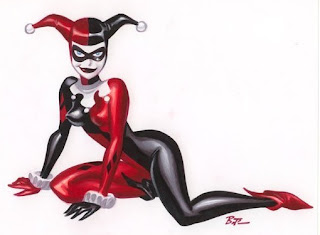 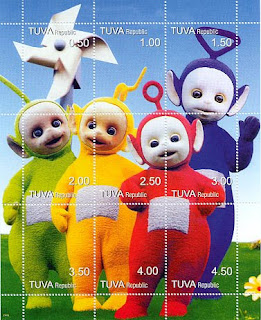 The Anglo-Saxons called April Oster-monath or Eostur-monath, the period sacred to Eostre or Ostara, the pagan Saxon goddess of spring, from whose name is derived the modern Easter.- Wikipedia 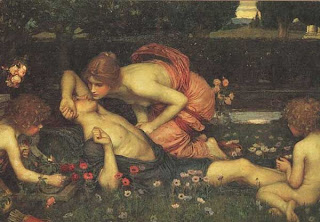 It's probably no coincidence that April Fools' Day is celebrated at the same time that two other similar holidays are celebrated. In ancient Rome, the festival of Hilaria was thrown to celebrate the resurrection of the god Attis.

Hilaria is probably the base word for hilarity and hilarious, which mean great merriment. Today, Hilaria is also known as Roman Laughing Day. -How Stuff Works 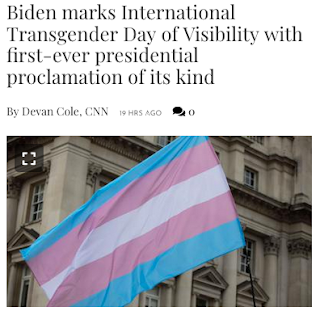 Note that the newly-minted Trans Day of Visibility takes place during the Hilaria, dedicated to the trans god of fertility, Attis. 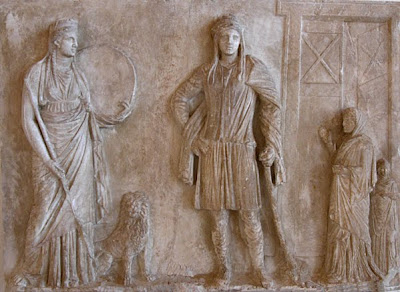 In tribute to Attis, the priests of Cybele - known as Galli or Galloi - would castrate themselves and dress as women. They’d then travel the countryside, and perform wild musical rituals to the Great Mother just as Attis did...

Ancient historians held a variety of opinions on the Galloi, from admiration to bemusement to ridicule to hostility. But everyone seemed to agree that the Galloi loved to kick up a racket. Their rituals and festivals made Woodstock look like a ladies’ club luncheon.

The public performances of the Galloi were so intense that crowds would be driven into a religious frenzy...