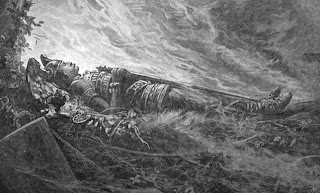 Do you ever get the feeling that you're playing a part in some incredibly elaborate staged drama, that all falls together like a too-clever detective novel?
I've been finding out that all of my disparate interests aren't disparate at all, but in fact very tightly and intimately and profoundly connected. I just didn't realize it. I knew the keys to the puzzle all along,
I just thought it had to be something else, something less obvious. But it isn't. And it's not the key that matters, it's what's behind the door.
When I was in sixth grade I acted in a school play based in Norse mythology called Death of the Sun God. However, I can't find any trace of the script for this play*, or even any mention that such a thing existed (can you imagine a school trying to put that play on today?). I know I didn't hallucinate it, because my mother has photos of the performance.
But the play was the story with Freya asking all of the plants and animals to pledge not to do harm to Balder, the Norse sun god. She asks everyone but me, Mistletoe.
So I'm sitting around feeling marginalized and left out (which I did all the time in real life) and Loki hears my whining. He then takes a twig or two from me (it was actually plastic Christmas holly we had in the attic) and creates a dart that kills Balder. Then Freya beseeches me to retroactively pledge (sure, now she asks) and Balder rises from the dead and I think we all sang a song.
One thing I remember is that my costume kicked ass on the others since my mom was in show biz. This of course was perfect timing for me, because around the same time I got my young paws on the first Thor Treasury Edition with the Hercules-goes-to-Hell story line. I remember I got it when I was at home and sick (which, admittedly, I was all of the time).
And I remember keying into that because Thor was sick in bed in the Hercules story as well. Only I wasn't in bed, I was on that fateful sofa whence the infamous Leprechaun hallucination came. Quite an eventful spot. 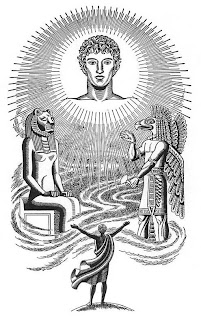 If you recognize this, you are officially cool
But I recently came to realize that the Hercules-goes-to-Hell story line in that comic was simply Stan and Jack's take on the Eleusinian mystery cycle - with Thor as Demeter and Hercules as Persephone and Pluto as Pluto.
And then the synchronicity of playing Mistletoe the same time I read that Thor story blows my mind all the more, since it so happens that Mistletoe has psychedelic properties and that it was used to treat sick children after Chernobyl.
And back around the time that I was seriously investigating 'psychedelic properties' I was also completely besotted with those same Lee/Kirby Thors, which all got kicked loose with the worship-worthy Tales of Asgard remastering project a few months back.

But I really am starting to wonder about Kirby. Twenty years ago a friend tried to convince me that Jack Kirby took LSD in the Sixties and that's why his work got so cosmic and whacked out.
Of course, I've gone all this time not believing my old chum, but little discoveries like that page from The Forever People really make wonder.  You can click on the Jack Kirby tag at the bottom and start to wonder yourself.
The backstory was that Ragnarok and Gotterdamerung had finally gone down, and Thor and Odin and the old Aesir were replaced by interdimensional aliens of the "Fourth World" who traveled back and forth to our world in a stargate called the Boom Tube.
The Forever People were the hippies of the Fourth World, and in that scene there a young kid tagging along with them wants check out the "cosmic cartridge" Serifan keeps in his hatband.
Well, my mental jury is still out, but maybe that's just long-held supposition. Kirby was an guy who drew comic books, which was seen as the opposite of a respectable profession for most of his life. All I know is that I no longer pay attention to the conventional wisdom (sic) when it comes to anything of importance, since 'conventional wisdom' is an oxymoron.
Certainly, the insidious and duplicitous nature of the 'official version' of events† has been scratching at my door recently when it comes to another longstanding obsession of mine, but that's a story for another post.
In the meantime, question the answers and make the uncomfortable connections. Spit in the eye of causality and its bastard children, because greater wisdom awaits you. Just be sure to double and triple check your figures.
The stalwart defenders of 'conventional wisdom' (sic) are always on the attack and they never have to show their math, do they? In other words, make sure you don't overlook that mistletoe... 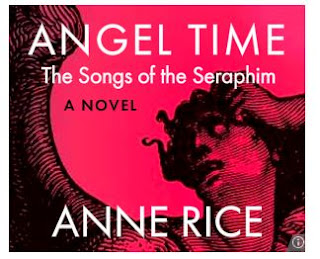 SYNC LOG UPDATE: Serafan, meet Seraphim. On Salon this morning.
SYNC LOG UPDATE II: Strangeye points to a similar looking script to Death of the Sun God, published by an firm named Eldridge, which happens to be the name of my old elementary school.
*I know there are some myth-heads out there, and folks around my age, so if you remember the play - or better yet, know where I can find a digitized copy of the script- I'd be forever in your debt. † "Official version" always implies that money is changing hands somewhere.