Twilight of the (Teen) Idols 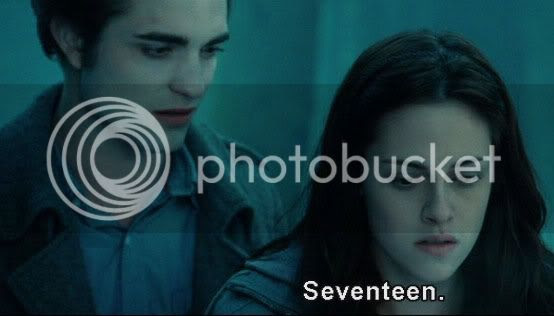 When I look for the number 17, I'm usually doing so in a particular context. I'm looking for the number to tie into an overarching narrative, linking to themes of restoration. Osiris died on the 17th, and Horus represented the restoration of his father's rightful throne. Horus himself was the last god to rule Egypt, so in my eyes he represents the restoration of that order of things.
However, the more you study all of the these things, the deeper and more complex the narrative becomes. I've not seen any compelling evidence that this number is being used deliberately- in fact, its resonance seems almost entirely unconscious. But it keeps popping up, particularly in popcult contexts.
The first Harry Potter and Narnia novels- themselves both restoration narratives- had 17 chapters. And the latest literary sensation among the tween set- Stephanie Meyer's Twilight novels- opens with a quote from the Bible, namely Gene-Isis 2:17:

But of the tree of the knowledge of good and evil, thou shalt not eat of it: for in the day that thou eatest thereof thou shalt surely die.*

Whatever the intent, the quote certainly charges this whole series with a transgressive buzz. 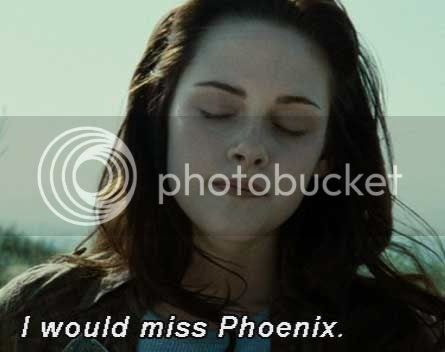 But the 17 meme certainly doesn't end there. The movie starts off on the 33rd parallel in Phoenix, which sits right at the bottom of Interstate 17... 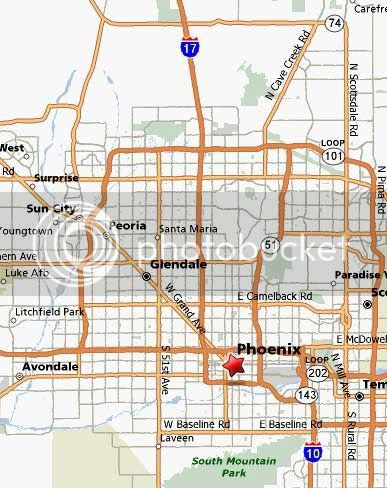 The main character, Isabella ("Isis the Beautiful") moves to rainy Forks, WA because her mother and her baseball player stepfather are going to Jacksonville, FL. What highway runs through that burg? 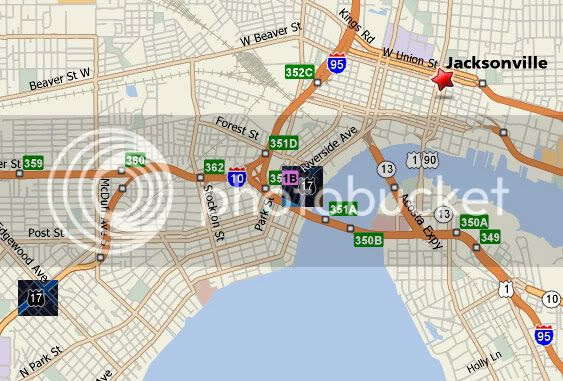 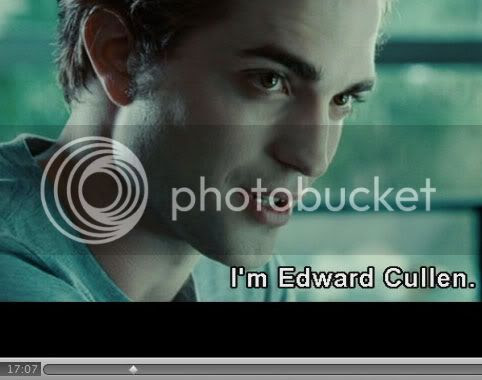 Edward the Friendly Vampire introduces himself to Sophie at 00:17:07, reminding us that 17 is the 7th prime number... Given that its author is a practicing Mormon who cooked up this whole cashcow from a dream, Twilight seems especially ripe for Synchromystic picking. But it was Victoria Nelson's lecture on modern vampire literature that brought this series to my attention.
This is a classic case of the evolution of the concept of the Other, from object of fear to object of desire, both sexual and aspirational. Watch this trailer- this isn't your grandmother's vampire story...
No, these aren't even like Anne Rice's revisionist frou-frou vampires, these are superheroes, flat-out and straight-up. They're superheroes who are every bit as exotic and threatening as The X-Men.
There are good vampires (the "vegetarians," who don't drink human blood) and the bad ones, who are almost identical to The Hand in the Elektra movie or The Brotherhood of Evil Mutants in the X-Men films. Bella even thinks Edward is a superhero at first. As in the similarly-memed Underworld films, these vampires co-exist with werewolves.
Here we see the polarity in the New Other- the refined and cultured contrasting with the earthy and earnest (the werewolves are all Native Americans, just to sweeten the pot). Both are feminine fantasy visions of idealized men, and vampire mythology seems to be resonating more powerfully with girls these days, which may explain why the excellent Blade: The Series flopped on Spike, that sweaty jockstrap of a cable network. A lot of wags have noted the Mormon abstinence subtext in Twilight, but the stories are also 100% wish-fulfillment in other ways.
The vampire fantasy addresses the top anxieties of modern women - aging, abandonment and bad relationships. Edward is handsome, powerful and brilliant and his family is cultured and close-knit. He offers Bella eternal life and companionship, and will wait until they are married to consumate this vampire love. It's the ultimate one-sided tradeoff, the kind most women would give their souls for. Which, of course, is what Bella does. 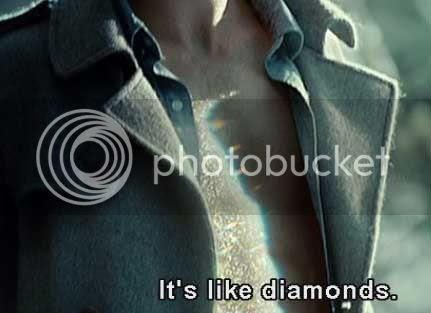 Twilight goes to extreme lengths to rewrite vampire mythology. The vampires can operate in daytime, but avoid the Sun not because it will fry them- they avoid it because it makes their buff, hard bodies glow like diamonds. So here we see a nice Solar signifier, characteristic of superheroes. 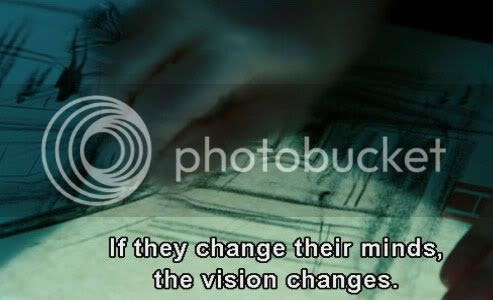 Tying into the alien identity and future human memes, the vampires have psychic abilities. Edward can read minds, and one of the girls is a remote viewer. The depiction of her powers is straight out of the Ingo Swann playbook. 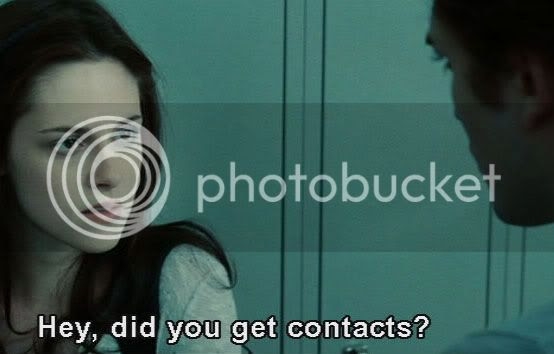 Whether through intent or osmosis, Meyer is drawing from sources that run pretty far afield of anything the Mormon high council might approve. I can't speak for the novels, but this film is highly sexually charged, easily earning its PG-13 rating. It was this scene concerning Edward's eyes (always a giveaway of Otherness) that reminded me of David Bowie's feature film debut in Nic Roeg's The Man Who Fell to Earth, a transgressive pedigree if ever there was one. 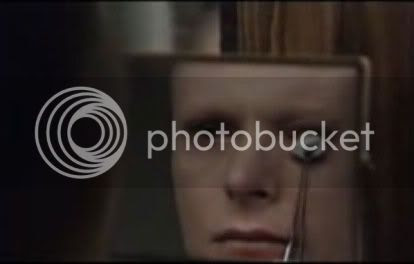 Bowie's real-world Otherness has not gone unnoticed by his associates and intimates. The man operated at a level of sheer activity in the 1970s that was unimaginable on the face of it, never mind his incredible batting average, quality-wise. But it was a role from the 80s- not his peak years in anyone's estimation- that ties straight into the Twilight universe... 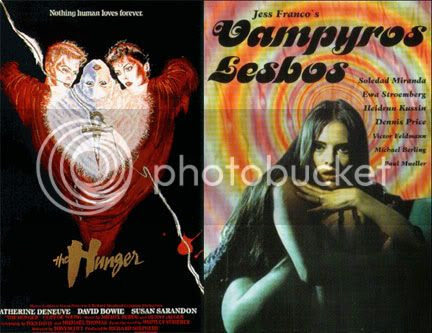 Bowie played a Goth vampire in Tony Scott's feature debut The Hunger, itself influenced by Jess Franco's 70s camp classic Vampyros Lesbos. But, given its outwardly transgressive text, The Hunger is probably less erotically charged than Twilight (yes, even with that scene).
For all its verve and style, The Hunger still subscribes to the view of Other drawn from monotheism, where transgressing traditional moral boundaries or human potential must be punished with a painful death. It's arguable whether Mormonism is in fact monotheistic, but if nothing else its history lends a more sympathetic view of Other as an existential concept (see Battlestar Galatica for further elucidation).
But of course, The Hunger brings us right back to the ultimate concept of Other- the extraterrestrial. The original novel was written by Whitley Strieber, multiple abductee/contactee. In a sequel, Strieber explains that his vampires are in fact alien astronauts stranded on earth, who parasitically feed on humans while helping also steer their evolution. 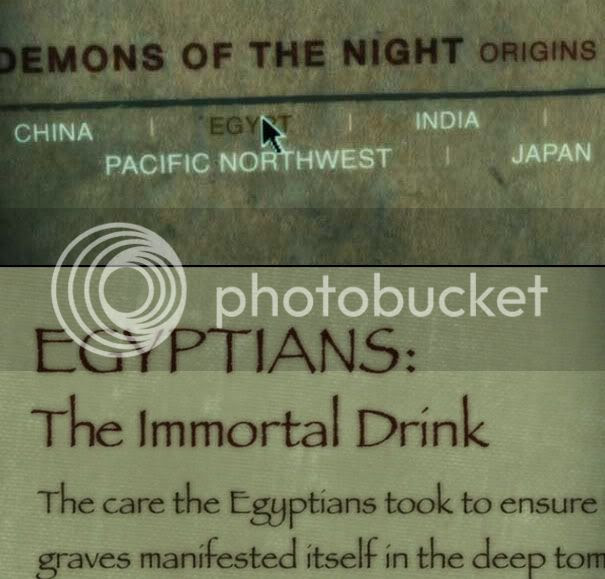 Since 17 ultimately links us to Egypt, it's no surprise that Bella's initiation to the vampire universe begins there. It shouldn't be asurprise for another reason- Mormonism itself is riddled with a kind of Egyptophilia. 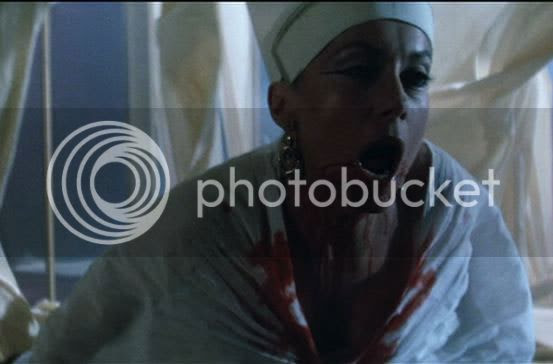 We see the Egyptian link in The Hunger film, in a flashback scene showing Miriam sucking on some poor slave's jugular. And not really having much fun of it, either, I might add. So aside from all the hot g/g play, The Hunger offers up the double whammy of the Bible's libel against Egypt, as well as the metaphorical condemnation of transgressive sexual practices (of which the vampirism is simply a metaphor).
Tony Scott later developed an anthology series based on The Hunger, which was first hosted by Terence Stamp (speaking of Elektra) and then by Bowie himself. Scott repeatedly refers to Bowie as alien and other-worldly in his commentary track for the The Hunger film, an image Bowie cultivated throughout the 70s (and even well into the 80s). Bowie was also no stranger to Egyptian-derived occultism or transgressive sexual practices himself, so his association with The Hunger franchise- and vampirism- was something of a fait accompli.
Strangely enough the first season of the series had an episode titled "Room 17." The 17th episode of the second seaon of The Hunger was called "Sacred Fire," and touched upon the alien vampire memes that Strieber later elaborated on. From the DVD episode description:

Luann is a kind and generous woman who volunteers to help the homeless find food and shelter but when she meets Nick, who lives on the street, he warns her that there are street people who are aliens in disguise, intent on killing humans.

So as conservative as Stephanie Meyer's faith may be, her novels are anything but. In text, subtext and pedigree, Twilight is very much part of the new continuum, in which Evolution is the New Revolution, in which Otherness is something to be deeply desired, not shunned. No surprise that the 17 memes lurk beneath the surface. Because that Otherness is the restoration. It's this present mess that is actually the deviation.
There's a sub-program in our neural software that seems to have been activated, and is leading the next generations to a very different reality-consensus than the audiences of Bela Lugosi's- or even Gary Oldman's- Dracula would be familiar with. That- in the end- may be what Synchromysticism is really all about.
at May 28, 2009