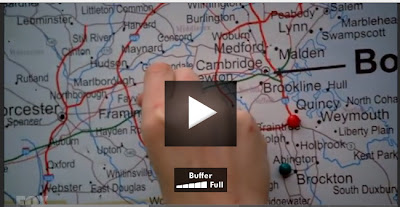 Did you watch the season finale of Fringe? The show took its time getting its act together, but seems to have constructed a fairly compelling mythology. It's always good to see smart sci-fi on network TV, but there's still something a bit distancing about it to me.
Which is a bit ironic since it all centers on my old stomping grounds 42º 71º, and takes scads of bits from my all-time favorite TV show and one of my favorite novels (my grandfather and uncle were Harvard men, to boot).
But it could be that the writers are putting all of the pieces in place this season and will start to deliver in the next. If so, that's a pretty bold strategy considering that viewers- and network execs - seem to have the attention span of a 14 year-old Mountain Dew junkie these days.
I'm especially interested in Bosto-centric sync winks. I got a kick out of seeing homeboy Nimoy in the house, since his mother and my grandmother were friends. I'm hoping they'll set an ep in my old hometown next season, especially since it's the former home to the General Dynamics shipyard.
I mean, how a show like this could resist using a town called "Braintree" as a setting is beyond me. As you can see above, it obviously hasn't escaped their notice...
at May 13, 2009