Doctors, Doorways and Dimensions, Part One 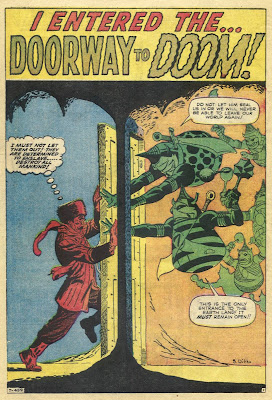 One of the main tenets of my research is that our most resonant pop culture is a kind of lucid dreaming, in which the creator acts as a guide for a shared visionary experience with the audience. 99.9% of the crap out there is immune to this process and is produced for reasons that are entirely mundane or cynical.
But the stuff that resonates does so because it captures something elusive, something that changes the course of cultures and societies. 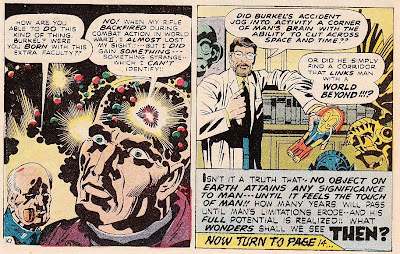 Another long-held tenet of mine is that true creativity is like a mushroom- it flourishes in damp, dark corners that are usually unsuited to more ordinary endeavors.

Pop culture exists under a relentless Klieg light these days, and those mycological resonators often wilt under the glare. Creators such as Philip K. Dick and H.P. Lovecraft were able to flourish creatively because they had just enough of a readership to keep their work going but were also granted the rare luxury of relative obscurity.

And so it was with Jack Kirby and Steve Ditko. Marvel (then called Atlas) was a spent force in the comics business in the mid 50s and paid some of the lowest rates in town. As great a packager and salesman of ideas Stan Lee was, he didn't have much to sell or package. And his boss Martin Goodman wanted it that way. 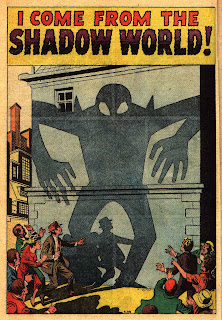 The artists didn't necessarily end up at Stan's door out of choice. Ditko was a young artist whose work was too ugly and weird for the big publishers, and Kirby was a vet who had trouble getting work elsewhere. Partly because he was seen as a has-been with an out-of-date style and partly because of conflicts with his editors.

Stan wisely gave Kirby and Ditko carte blanche and allowed their fertile imaginations to run riot. In return they gave him an army of characters to take straight to the bank.

It was that period from 1957 to 1961 that's the most revealing. Kirby and Ditko produced reams of throwaway stories for Stan's low-selling sci-fi and horror books that contained the germs of their later successes for Fantastic Four and Spider-Man and the rest.

As Marvel took off, Kirby and Ditko both became famous for their proto-psychedelic freakouts, especially with the hippie crowd. But they weren't idle reveries on their part. They were based in a deeply personal response to stresses and anxieties in their lives and their relationship to the world around them. That in fact their responses were so different speaks to the profound differences between the two men. Which in turn speak to deeper schisms in the culture at large. 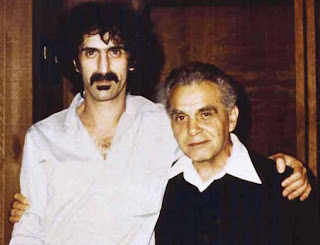 And though conservative minded comics fans poo-poo the influence of hallucinogens on their work, I'm not quite so sure myself. Kirby and Ditko's work was wildly imaginative before it took off for parts unknown, but something seems to set them apart from the creators around them. And both were not quite the strait-laced 50's men some fans would have you believe. 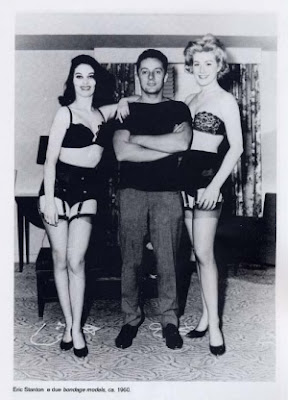 Jack Kirby was close friends with Frank Zappa and socialized with his young hippie and geek fans in the 60s. Ditko shared an office with his best friend and sometime collaborator Eric Stanton, whose bondage/femdom fetish artwork is as extreme and insane as anything else published at the time. As I wrote in "Wizards, Workings and Walk-Ins":

The psychedelic landscapes that the Doctor found himself in were a huge part of his appeal with the hippie generation, who automatically assumed that Ditko too was experienced. Comics historians have always scoffed at these claims, but I'm not so sure.

Ditko did become Mr. Objectivist in the late 60s, but before that he was no stranger to the demimonde, having shared a studio with legendary fetish artist Eric Stanton, who was himself addicted to painkillers and deeply connected to all sorts of underworld and Bohemian characters through his work for various pornographers. Exactly the kinds of people who would have been toying with psychedelics in the late 50s and early 60s.

Ditko didn't just share a studio with Stanton-- he collaborated with him on his fetish art as well, some of which retains its power to shock today.

Of course, there are all kinds of experience and Blake Bell's outstanding biography of Ditko shows an artist who was deeply invested in the unconscious and irrational realms his entire career, and often seemed to skirt the boundaries of schizophrenia in his work. But as we'll soon see, I think an old friend of ours might have had an outsized influence on Ditko's interdimensional escapades as well. 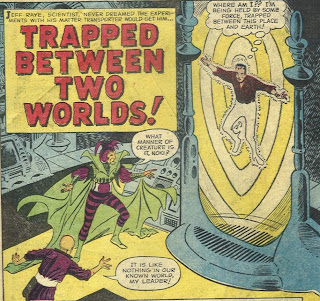 Kirby and Ditko both felt resentful that Stan Lee became the face of Marvel Comics and both accused him of taking credit for their work, claims which are the source of considerable controversy among fans and historians.

What is clear is that more often than not, Ditko and Kirby were plotting their own stories for Stan well before the so-called Marvel Method kicked in. And more importantly, both became obsessed with the idea of alternate dimensions, even before their work took on a more explicit psychedelic bent.

If you take a High Weirdness approach to creativity, you see strange entities lurking in corners behind the work of great artists (Max Ernst is a perfect example of this). This applies to the sciences as well as the arts, as inconvenient as it may be to the plodders and mediocrities that populate organized skepticism.

On some strange level, visionaries often hear the call of beings outside space and time. How they choose to respond to that call is another question. And you can find no better example of opposite reactions than those of Steve Ditko and Jack Kirby...

SYNC LOG: This is pretty stunning- Four Color Shadows posts "The Sorcerer," Kirby's ultra-obscure proto-Strange yarn at the same time this post went up. For more on "The Sorcerer," click here.
at February 12, 2013