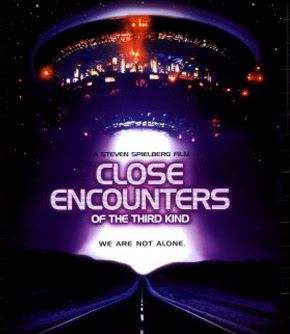 The Heavenly Mushroom
inseminates the Terrestrial Yoni
When you study mythology and symbolism in depth, you constantly run up against the problem of transmission: how are symbols and myths transmitted across time and geographic barriers?
It was this very problem that inspired Carl Jung to devise the theory of the Collective Unconscious, a kind of universal database which holds all of these symbols, which we access through psychic means.
This theory has never been popular in academic circles, and perhaps Jung didn't have access to the data he needed to better argue it. But increasingly we are seeing fascinating evidence bolstering Jung's intuition- the only problem is that pursuing this evidence takes you completely out of the reductionist, deterministic mindset so dominant in academic circles.
And thank God for that...
PHALLUS SOLARIS

A 17th Century coin depicting the
solar phallus in a flying disk
Strangely enough, Jung's inspiration for the Collective Unconscious theory came from a schizophrenic patient who was experiencing hallucinations that a tube or phallus burst forth from the center of the Sun. Jung had been studying the Mithraic liturgy, recognized this icon from it and was struck by the synchronicity.
Ever since critics have been trying to poke holes in this story, but as we recently saw here, the Mithraic liturgy has extremely powerful and compelling parallels to hallucinogenic ritual and to alien abduction lore, parallels that cannot be dismissed or explained away through cultural contamination.
Despite what Jung's critics may claim, experienced psychonauts would take the solar phallus hallucination for granted these days. We have a large and fairly consistent corpus of reports of shamanic visions from all over the world, which Jung did not have in his day. But for many reasons too numerous to discuss here, that corpus is a minefield, completely out of the realm of acceptable discussion.
UFOs OVER CALVARY

One thing both scientific and religious fundamentalists find common ground in the controversy over apparent UFOs in Medieval and ancient art. One of the big skeptic groups consulted with a Medieval art scholar to "debunk" theories that certain images of Jesus depict UFOs, floating around in the background. One of the images he focused on was the Visoki Decani Crucifixion, found in a monastery in the former Yugoslavia."

...this Crucifixion also follows the common iconographic model of the Middle Ages. The “Deposition from the Cross” of Benedetto Antelami, in the Dome of Parma in particular resembles the Crucifixion of Visoki Decani:. On the edges of the composition, in the same position as in the fresco of Visoki Decani, the Sun and the Moon are represented as human witnesses to the Crucifixion just as they are in the previous painting.

In both art works the figures who represent the Sun and the Moon look towards the Cross that is located in the center of the composition.

Yes, the Sun and the Moon icon are in their places in other Crucifixions, but they are absolutely nothing like the depictions of the celestial bodies in the Visoki Decani example, which pictures two full figures enclosed in what very much look like sci-fi spacecraft.
I would argue that the artists who created that image could well have tapped into the same precognitive aspect of consciousness that Jack Kirby did, and had seen visions of Mercury-era space capsules. Or it could also be based on visionary experience of alien craft, if not eyewitness accounts.
UFOs have been recorded as long as we've had writing- there's a book coming out in the near future from a prominent researcher that catalogs thousands of UFO reports, all throughout history, compiled from primary sources. That will change the discussion on the topic, I guarantee you. If it isn't supressed, that is.
Back to the Crucifixion- the supposedly-eminent Medieval scholar completely ignores the fact that this crucifixion iconography is lifted from a common icon of Mithras, like so much religious symbolism we take for granted today.
THE ORIGINAL UFO CULT

Here it is the model for the Medieval/Byzantine crucifixion icon- the common Mithraic Tauroctony. We see the Sun and Moon in their places, the Solar sacrifice marking the passage of the Zodiacal Age (Taurus to Ares, in this instance), and the two witness to the sacrifice.
The UFOs of the Crucifxion image and the Solar phallus hallucination of Jung's patient both directly tie to the Mithraic liturgy, which as we saw opens with a recipe for a kykeon-like potion. And what would you expect to experience once you partook of that bitter potion?

You will hear nothing either of man or of any other living thing, nor in that hour will you see anything of mortal affairs on earth, but rather you will see all immortal things.

For in that day and hour you will see the divine order of the skies: the presiding gods rising into heaven, and others setting.

Now the course of the visible gods will appear through the disk of god, my father...

...and in similar fashion the so-called "pipe," the origin of the ministering wind. For you will see it hanging from the sun's disk like a pipe.

Exactly as Jung described in his account of the schizophrenic.
HELIOS HORUS

Now, the transmission for the Mithras-Christian symbolism is a little less mystical- it's the Emperor Constantine himself. Constantine is the man who took hundreds of competing doctrines and texts and hammered them into what is practiced the world over today. But long after his conversion, Constantine was minting coins with Mithras Sol on the reverse.
Bart Ehrman has explained the apparent contradiction- Constantine believed the god of the Bible was Sol. And when you begin to look at the original inspiration behind these dying-rising archetypes, you realize he may well have been on the right track. And the potential for a new revelation in that possibility is nothing less than earth-shaking.

Mithras as Harpocrates
But even hoary old Mithras was drawn on an earlier tradition- the Mysteries of the Egyptian Trinity. The astronomical alignments of the Tauroctony appear in the Pyramid Texts, thousands of years before Mithras entered the city walls of Rome.

This kind of transmission has always been with us.
But what about when it leaves the mythic realm and enters our own?
THE MIRACLE OF THE SUN

Isis and Mary or Mary and Isis?
The connection between these ancient Mysteries, modern religions and UFOs continues to this day. In early 20th Century Portuhal, a phenomeonon that Jacques Vallee described as a classic UFO sighting was recorded as the "Miracle of the Sun." Here are a handful of eyewitness accounts:

"Before the astonished eyes of the crowd, whose aspect was biblical as they stood bare-headed, eagerly searching the sky, the sun trembled, made sudden incredible movements outside all cosmic laws — the sun 'danced' according to the typical expression of the people."

"…The silver sun, enveloped in the same gauzy grey light, was seen to whirl and turn in the circle of broken clouds… The light turned a beautiful blue, as if it had come through the stained-glass windows of a cathedral, and spread itself over the people who knelt with outstretched hands… "

"The sun's disc did not remain immobile. This was not the sparkling of a heavenly body, for it spun round on itself in a mad whirl, when suddenly a clamor was heard from all the people. The sun, whirling, seemed to loosen itself from the firmament and advance threateningly upon the earth as if to crush us with its huge fiery weight. The sensation during those moments was terrible."

Fascinating. But certainly consistent with the ancient traditions, in which gods and UFOs seem to keep very close company...
PHILA(E)DELPHIA, AGAIN

This image comes to us from a 1900 edition of Egyptian Religion by Wallis Budge, published long before ET or Close Encounters, and is a tracing of an ancient bas relief from where?
Why, Philae, of course!
Here we see Isis traveling across the sky, following a path of stars to the Moon. And what do we see following close behind her?
We see Osiris and Harpocrates in a flying disk, sitting in positions not unlike the Visoki Decani Crucifixion. Several questions are raised:
One answer is that between Philae and Visoki Decani we have the Mithraic liturgy, that presents us with a sun disk with doors, exhaust, a beam of light, ramps and several gods casually going about their business within it.
There's still a very strong reluctance among some scholars to connect the dots between Astrotheology and Astro-naut Theology, between AAT and DMT. Even in alternative scholarship, there is a still a very strong territorial instinct, as well as a reluctance to not be too challenging to prevailing orthodoxies - at least not publicly.
And yet all of these subjects offer tantalizing links to one another, connections which could very well revolutionize human history and human consciousness...
We see these connections put into a fictional context in The X-Files (and following Carter and Spotnitz's lead, the recent Indiana Jones film and the new Transformers movie). But how compelling do the connections have to be before we start to tie all of these loose strands together in the real world?
And where will all of it take us, in the end?
It's so strange- a couple years ago I wasn't looking for any of this. I was working in a completely linear and deterministic paradigm. But I made a decision to follow the evidence, and not my preconceptions of where that evidence was supposed to lead. It's how I discovered the lingering footsteps of the Shemsu Hor, and how the Sirius and 17 memes caught my attention as well, among many others.
And in many ways, the question of transmission has been at the heart of it all. And from those questions a whole universe of possibility has opened up in front of me.
The Secret Sun is not about either's and or's- it's about and's. We've had amazing work done in all of these new disciplines- alternative history, Entheogenic research, UFOology, depth psychology- but no single discipline has yet been able to break through and really set the world on its ear. I think that the breakthrough will come only when all of it starts to work together...
Stay tuned, in the John Murdoch sense...
PS: Don't forget to watch UFOs in the Bible!
at June 08, 2009