Yeah, I've been watching the same stories pop up I know a lot of you have been. I will say I'm starting to feel just a little bit of extra adrenaline pumping. Hopefully, it will pass.

We've talked many times about the use of the Empire State Building -- a building I worked in for seven years, incidentally -- for signaling, and I can't say this is my favorite example of that.


Nor is this. Remember those stories of a Masonic ceremony at Giza on the Millennium with Jean-Luc Ponty and all the rest of it? This kind of reminds me of that.

Can you imagine Khufu or whomever peering into the future and seeing the Gateway to Eternity used as an electronic billboard flashing barbaric letters in a barbarous tongue? Maybe he'd think it was a message from the gods. Who can tell the difference anymore?

And, of course, this.

Of course, attentive Secret Sun readers had read the tea leaves throughout 2019, especially so with this teaser-trailer from Radio City Music Hall in September. Note which country the show ends on.

I first told attentive exegetes to get ready over a year ago, and lo and behold...

Here's a better view of Adam Curtis' video sorcery, which I recommend any ciphernauts dig into. Because I'm sure there're a lot more coming attractions embedded into this display, especially within the rapid fire imagery. Forewarned is forearmed. 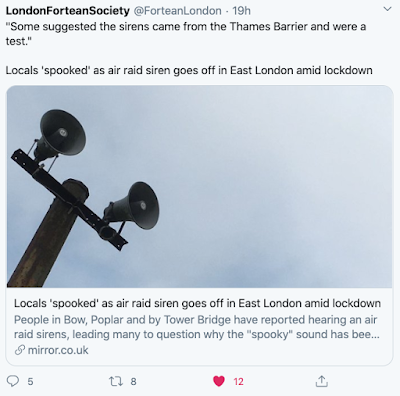 There's more where that came from in the news. Like this story of a mysterious siren coming from Thames Barrier... 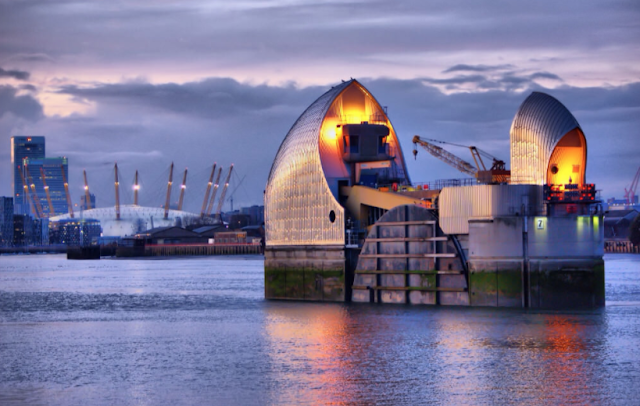 ...which is just across the gully from where a certain Millennium Dome Show was held.

Ever notice that the Millennium Dome-- now called O2 -- resembles a slice of the CV models you're seeing so much of? 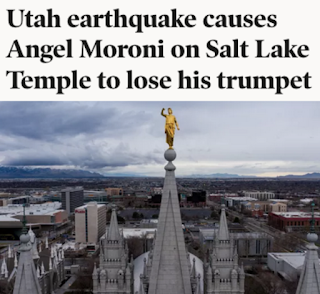 We recently discussed the earthquake at Magna that caused the Moroni statue atop Salt Lake Temple to lose its clarion.

Well, as it happens, seismologists are a bit puzzled about the actual source of the temblor. I guess we should expect that, it being 2020. 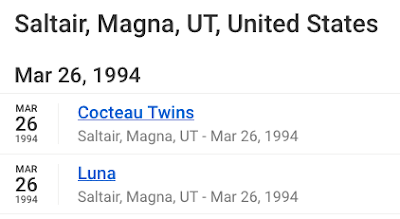 A certain dream-pop combo played their one and only Utah concert in Magna, with support act Luna.

UPDATE: NO. IT NEVER ENDS. THAT IS WHY I AM INSANE NOW. SOON YOU WILL BE TOO.

So we talked about the Magna earthquake and Moroni's clarion and his obvious modeling on the Archangel Gabriel, right?

So THE ONLY TIME THE SIBYL EVER PERFORMS IN UTAH is March 26, right?

What's the significance of March 26th in our unfolding narrative?

The date the first edition of The Book of Mormon (said to be revealed by Moroni) was published. 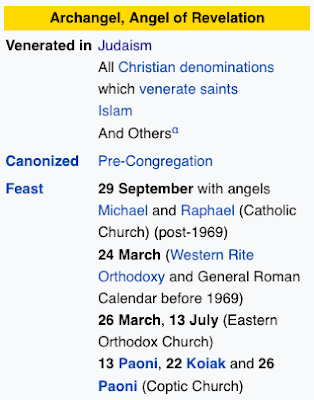 The Synaxis (Eucharist) Day of the Archangel Gabriel, the Angel of Revelation. 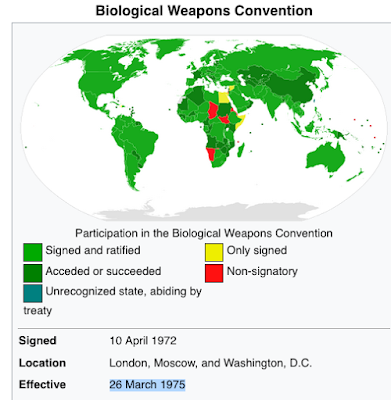 The day the Biological Weapons Convention went into effect in 1975. 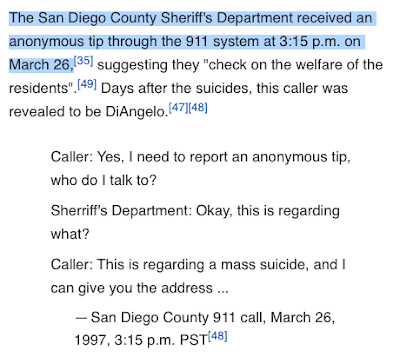 The day the Heaven's Gate suicides were discovered.

By "Rio DiAngelo" (River of the Angels), AKA Richard Ford.

A factoid punctuated by a recent minor earthquake in a city with a fascinating name. 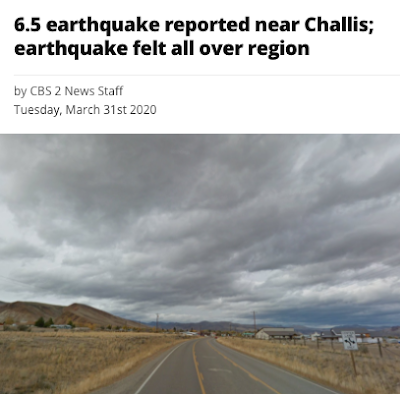 A lot of celebrities aren't exactly covering themselves in glory during this whole situation, so much so that even The New York Times is talking about the death of celebrity culture.

Celebrianity has been a de facto religion America for a century now, rising with the advent of radio, mass market magazine publishing and talking pictures. It's had a horrifically corrosive effect on the culture, but may be too useful to certain interests to dispense with entirely.

But if the rubes stop buying, they stop buying. But I'm not holding my breath on that happening any time soon. 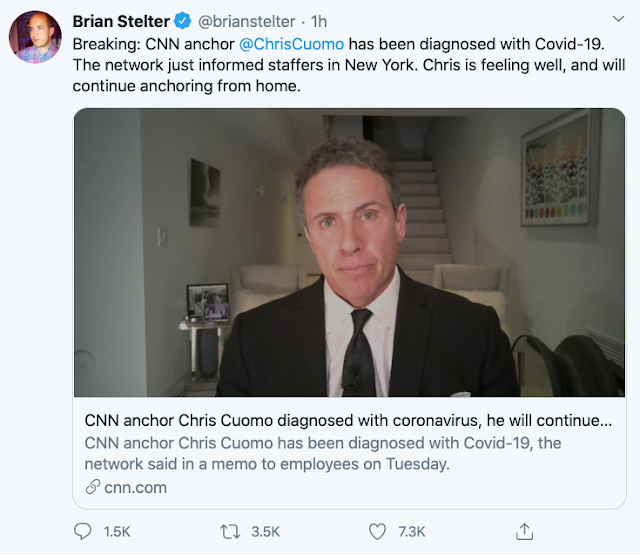 Meanwhile, the virus continues its strange and circuitous path through the world of celebrities and other luminaries, as we see with Chris Cuomo reportedly contracting the disease, as announced by colleague Brian Stelter. 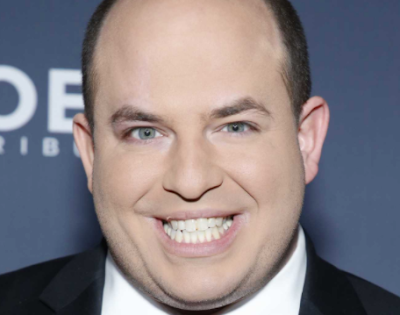 Yeah, this thing is actually an anchorman.

Just in case you were wondering if this was the Apocalypse or not. (Spoiler alert: it is).

Chris Cuomo's brother-- New York Governor Andrew Cuomo -- is getting talked up by a lot of Democrats terrified of Joe Biden's rapidly-accelerating cognitive decline. But the elder Cuomo got a lot of people talking for another reason recently... 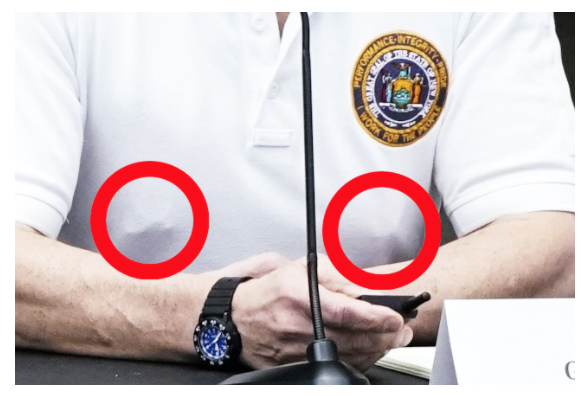 ...when some eagle-eyed Redditor seemed to spot what looked like pierced nipples on the Governor. 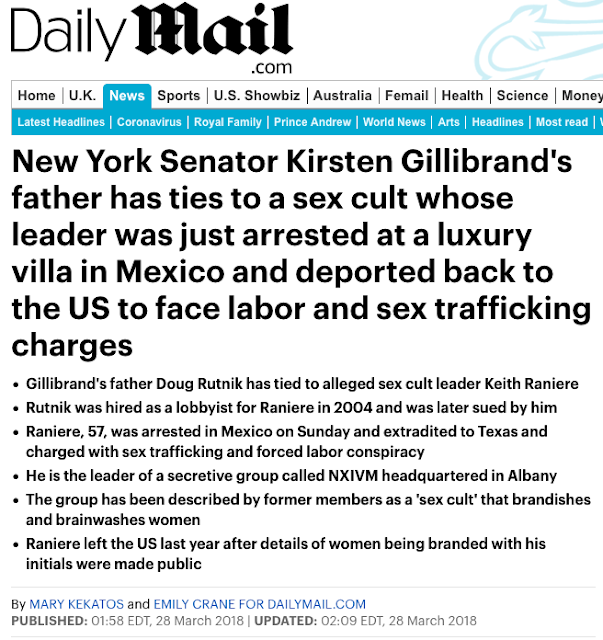 That in turn opens the issue of the New York Democratic establishment's thorny entanglements with the NXIVM sex trafficking cult.

I don't think Cuomo will run (apparently he's got a lot of dirty laundry in his wardrobe), but if he does he'd better figure out how he'll deal with this mess.

That is, if there's an election.

In that regard, I have to say this story hasn't exactly filled me with the warm and fuzzies. Some are saying it's SOP, but I'm not so sure. 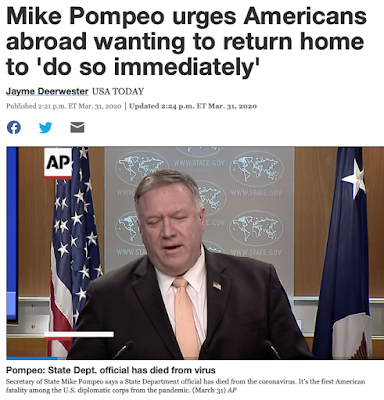 Especially with this story hitting the news.

I don't even remember this being announced after 9/11. I'm not saying it wasn't, I'm just saying I don't remember it. This feels more like something you might have seen during the Cuban Missile Crisis.

I have my own theories as to what might be going on behind the scenes, but I'm more interested in what you think might be bearing down on us.

Let us know in the comments.

And since I like to try to end things on an up note, here's a lost rock 'n' roll classic from 1978, when Disco and soft rock where dominating the charts.