Sound Your Funky Horn. Or the Final Trumpet. (UPDATED 1930 EST) 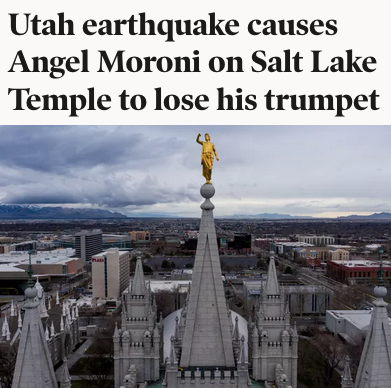 Well, just because there just aren't enough apocalyptic omens and portents flying around these days, we had this new jam to dub onto our end-days mixtape: an earthquake dislodging the trumpet -- or more precisely, the clarion -- held by the Angel Moroni of the Book of Mormon fame.

And oddly enough, this was right after we'd been discussing heavenly trumpets around these parts, seemingly apropos of nothing. How about them (golden) apples (of Eris), eh? 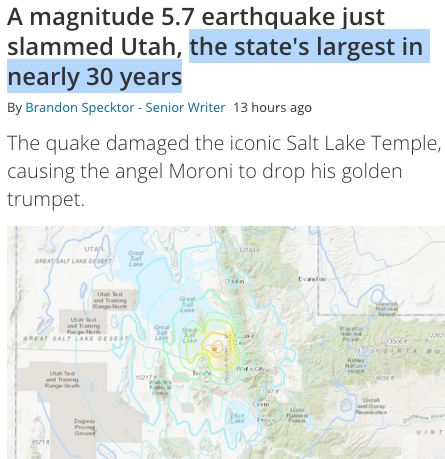 So the TL;DR here is that Magna ("Great"), Utah was hit by an earthquake (apparently the most powerful earthquake to hit the state since 1992). Since I'm not sure what the hell is going on these days (is this the ApocaLARP? The safe-space apocalypse?), physical damage was relatively minor.

But the symbols weren't very minor at all.

The trumpet (again, actually the clarion) of the Angel Moroni-- who is said to have revealed the Book of Mormon to young Joseph Smith -- basically broke off the golden statue atop the Salt Lake Temple during the temblor. This caught the fancy of headline writers across the Internet, for obvious reasons...

...even Biblical illiterates have seen enough cheesy apocalypse movies to suss out the symbolism at play here.

Of course, Evangelicals and Fundamentalists were thrilled by all this, seeing the Mormon Church as a false religion and Moroni as none other than Satan himself. I've heard tell that Moroni was struck by lightning a while back which I'm sure those folks swooned over as well. 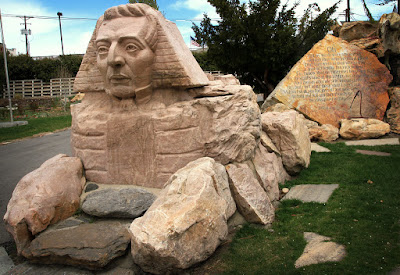 I've no dog in that particular fight but I will point out that there's no shortage of odd symbolism at work with the Latter-Day Saints, unsurprising given their 19th Century Masonic origins.

Have a look at Joseph Sphinx there, a masterpiece of religious kitsch.

And it's no surprise that the Salt Lake Temple is based on Solomon's old synagogue, or at least based in some 19th Century Masonic garbling of such. Solomon's Temple and alleged architect Hiram Abiff being at the core of Freemerly ritualizing. 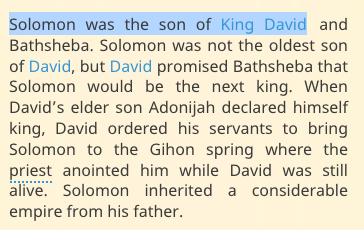 Old Sol was, of course, the Son of King David, or David's son, if you prefer. More precisely, the son of David and his hot little piece of side action, Bathsheba. 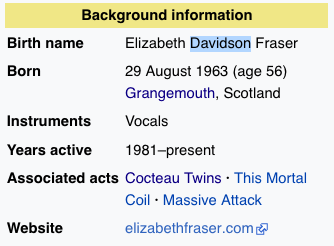 Or Elizabathsheba, if you prefer. 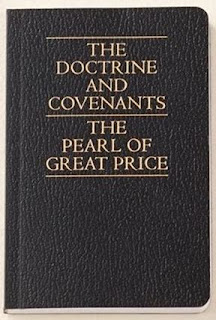 And as Reader Brandon reminded us, The Pearly Dewdrop of Great Price is one of the foundational texts of Mormonism. 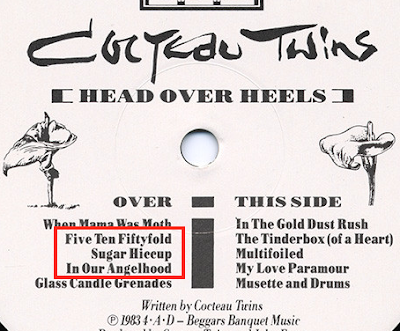 So let's just back the conversation up to our little chat about our Strawberry Girl, our banana-split lady.

Now, two years ago I first informed my readers that "Five Ten Fiftyfold" may turn out to be the most terrifying of Our Lady's prophesies, especially as it related to the resumption of biowarfare research in 2017, after a lengthy moratorium.

Seriously, check out that post. It ties into all that insane symbolism with the Met Gala as well as some high-grade Kubrickology. 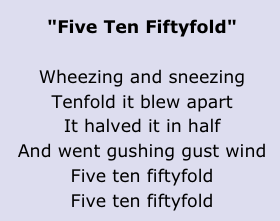 Anyway, you're probably all sick to death familiar with the troubling lyrics of the song, especially as it relates to the five coronaviruses being part of the ten total microbes being cleared for weaponization, as well as warnings that weaponized H5N1 (the bird flu first identified on a farm in Scotland) could wipe out fifty percent of the world's population.

So with that lovely toe-tapper in mind, what's the next track on the album? 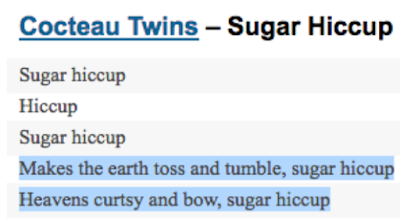 Why, it's the luscious "Sugar Hiccup," with its prophecies of earthquakes (and potentially volcanoes and swine fever). Remember that "sugar" stems from "gravel" which stems from "to grind," as in tectonic plates grinding together.

So, we're two for two, current events-wise. Plus, Book of Revelation-wise. 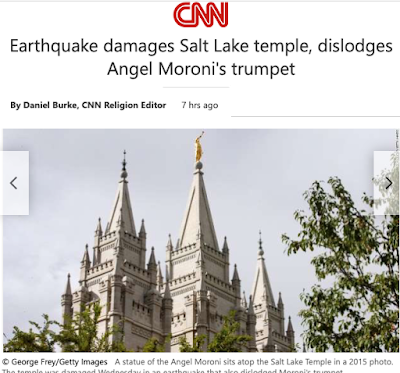 And of course, the next track after that is "In Our Angelhood."

So to recap, we have A., a pandemic, B., an earthquake, and C., an angel. Like a wise man said, once is coincidence etc etc etc.

Hashtag when will you believe and so on... 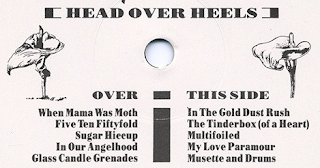 UPDATE: OK, let's get serious for a minute. Since it was released when whatever took hold of the Sibyl fully took hold of her, I've always believed that Head Over Heels was the most directly prophetic of the Twincantations. And now shit's getting a bit real. Let's take it from the top... 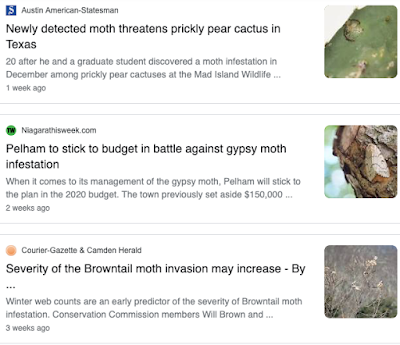 WHEN MAMA WAS MOTH: I'm seeing some stories about moth infestations from various locations, but nothing earth-shaking yet. Still, I'll be keeping my eye on this, particularly the situation in Texas. My gut tells me this is going to become a problem. 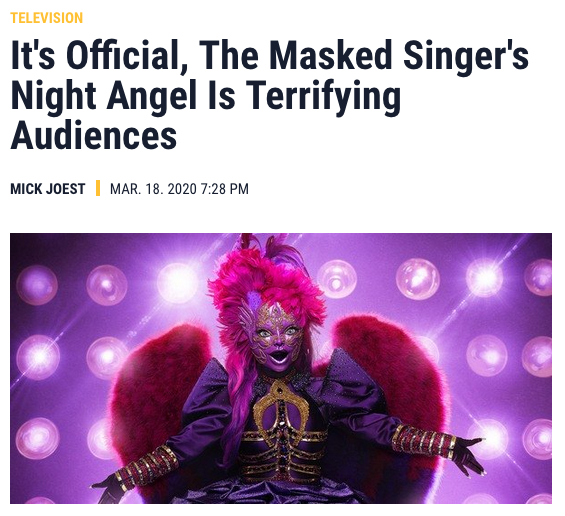 IN OUR ANGELHOOD: Covered. But there's also this story, coming out of the most apocalyptic, most dystopian program on television today. Note tiara, or corona, or Garland, on chest. 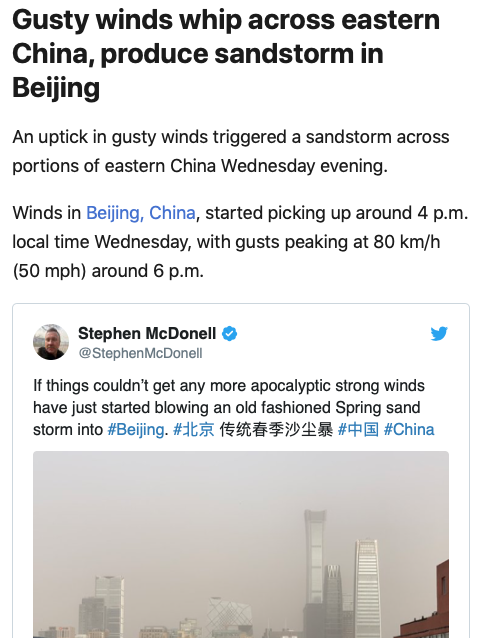 GLASS CANDLE GRENADES: This song lends itself to a number of interpretations, but the first phrase in the chorus-- "Glass Sandstorms"-- seems to be folding in with the "gushing gust winds" of "Fiftyfold" this week in China, particularly among the glass-covered skyscrapers of Beijing. 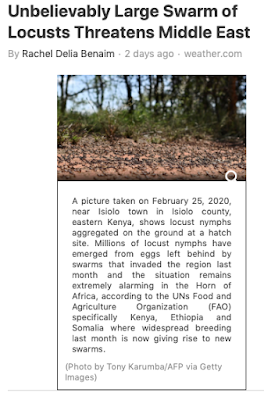 IN THE GOLD DUST RUSH: I've always focused on the first two lines of the chorus-- "Honey is harbor, there's locusts in there" -- for obvious reasons. And now this massive locust plague is spreading from East Africa across the Indian Ocean and the Persian Gulf into the heart of Asia. 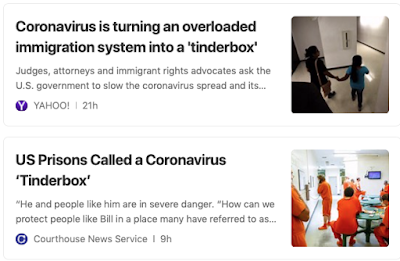 TINDERBOX OF A HEART: The "tinderbox" seems to be popping up quite a bit in relation to explosive situations connected to the coronavirus, particularly in prisons.

Now remember, timing is everything with synchronicity. What interests me is seeing all these themes pop up within a day of each other, particularly given the kind of days we've had this past week.

What's the significance with a band that split up 23 years ago? Well, I'd say the fact that two of their albums are going to be re-released on vinyl tomorrow is pretty significant.


So let's dial back to those trumpets for a minute.

We looked at them in context of the bugfuck X-Files fever-dream, "Babylon"....

Which got me thinking of how one of the most notorious videos of this phenomenon sounds eerily like an amplified version of this...

..."this" being the creepy intro to this early Twinvocation.


Reader Clay reminded us of this pivotal scene in Kevin Smith's Red State, which some skeptics have traced as the origin of the mysterious sky trumpets.

And the preacher there (based on lifelong Democratic Party operative Fred Phelps and his ridiculously transparent Westboro Baptist psyop/hoax) is played by Michael Parks. Who, incidentally, was born in Corona BECAUSE WHERE THE HELL ELSE WOULD HE BE BORN.

Now, if the sky trumpets are all a View Askew LARP, our Kevin must have a lot of dedicated fans all over the place. Because 2020 seems to be seeing an uptick of these events across the planet.

But are we certain these hoax sounds aren't being produced by Mimi Rogers superfans with unlimited discretionary income and advanced sound-design knowhow?

Because I'm almost certain that our Kevin got the idea for the Red State trumpets from this harrowing scene from the 1991 Michael Tolkin thriller, The Rapture. 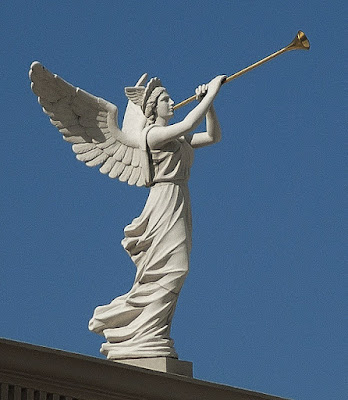 And as some you already noticed, the Angel Moroni statue is clearly modeled on traditional depictions of the Archangel Gabriel, believed in Christian doctrine to be the angel who sounds the Final Trumpet. So you can kind of see where more Biblically-oriented folks might be offended by the appropriation.

Wait, wait: did they say Gabriel?

Well, you know the first thing that calls to my mind: Bond-villain archglobalist Peter Gabriel, former lead singer for Genesis 6:4, and his soundtrack for the seriously-apocalyptic Millennium Dome Show, which played for 999 shows in Y2K.

Remembering that 999 is the emergency number in the UK-- or the UK equivalent of 911-- let's have another look at the lyrics Ernst Stavro Gabriel had Our Lady prophesy for him in her role as the Mitochondrial Eve of the new race of Nephilim (not kidding):

The other singer here is Paul Buchanan ("protected by the ejaculation of serpents"), formerly of The Blue Nile.

The Rapture is a terrific movie and I recommend everyone watch it. As I said, it stars Mimi Rogers (who's the one who actually initiated Tom Cruise into L-Ronism) and our old friend Will Paton of (When Mama was) Mothman Prophecies and The Fourth Kind (along with Bene Frasserit Sister Milla Jovovich), among others.

And because Chris Carter's OCD seems to be a million times worse than my own, he cast Mimi Rogers as Diana Fowley, DNA Scully's rival and all-around Great Harlot of the Apocalypse.

Bonus factoid: At the time of her casting, Rogers was a dead ringer for Carter's wife, Dori. A fact not unremarked upon in Ten Thirteen circles.

Rogers made her X-debut in "The End," along with Jeff Gulka playing Gibson (nee "Giselbert") Praise. She'd also play a key role in the aborted alien rapture of "Two Fathers/One Son." As a matter of fact, Rogers only appeared in about seven episodes total, but they were all pretty crucial and key episodes. 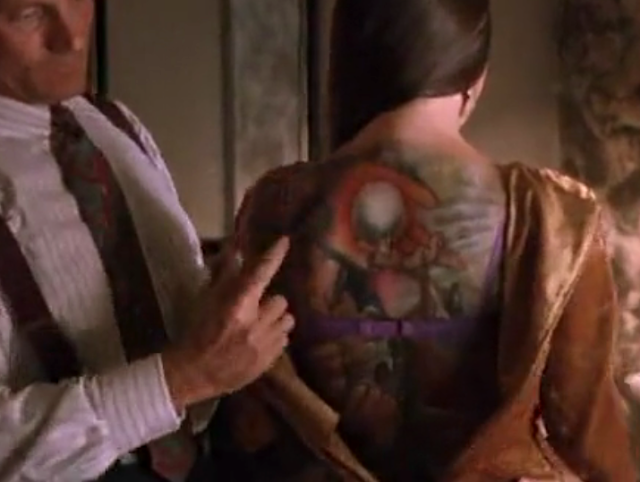 Oh, I nearly forgot: a Pearly Dewdrop of Great Price is a key plot point in The Rapture, as we see in this Chet Hanks-worthy inkjob here.

And speaking of apocalyptic trumpet sounds bursting forth from the sky, we should probably also remind ourselves of Clarion Call, the self-proclaimed "ritual" broadcast from PA speakers all across the waters of Ipswich back in 2018.

This particular video allegedly has a disgruntled Evangelical blowing a shofar, in protest of what he labeled "witchcraft" and "sun worship."

Call me crazy, but I got a whiff of Knowles' First Law from that particular outburst. 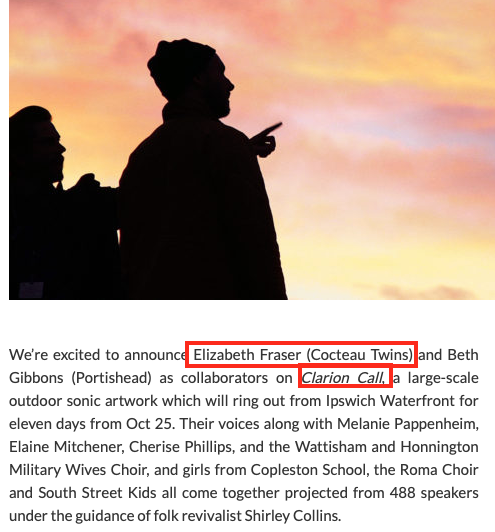 Anyway, I'd recommend that God-bothering chap keep a civil tongue in his head, given that one of the voices in that collage was none other than our favorite Oracle of the Apocalypse.

Clarion Call was produced by Supple Fox, who earlier produced the Siren Song mass ritual in Tasmania and then Perth. That's the one where the helicopter pilot who flew the loudspeakers around Hobart harbor died soon after.

You know, the one where everyone mocked, defamed and derided me when I said Siren Song was a blatant attempt to counterfeit the prodigies of the Sibyl.

That is, until the producers turned around and hired the real MacCoy for their apocalyptic sky trumpet show in Ipswich. Hey, even Sibyls got bills to pay.

Ipswich, incidentally, is a short drive from Bentwaters, which some of you may know a thing or two about. Did you know the barracks scenes in Annihilation were shot there?

Speaking of Bentwaters and Rendlesham and the rest of it, I can't help but think of this scene when I hear those magical words, "apocalyptic sky trumpet." 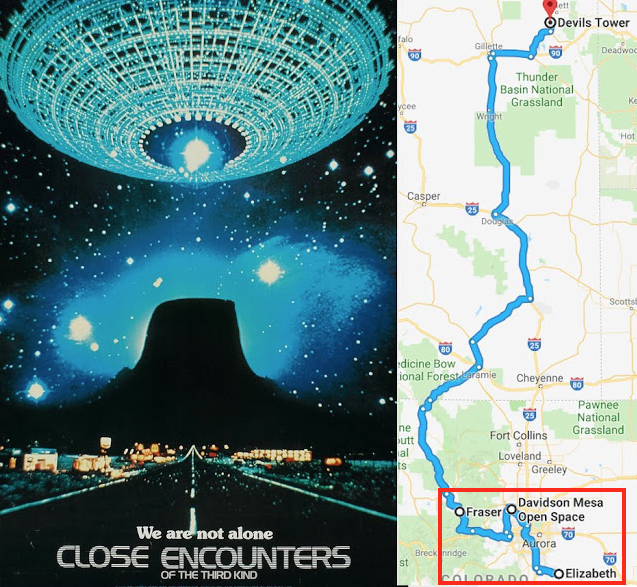 So shall you, soon enough.

Speaking of Gabriel and clarions and horns, you should take a careful listen to "Five Ten Fiftyfold." There's a scintillating little detail in the arrangement here, an element that only appeared in two Twinvocations.

Can you guess what it is?


Submit your answer in the comments.


UPDATE: Oh Jesus, how did I never notice this before? She's not singing "halved IT in half," she's singing, "halved THEM in half."


And a Twitter follower just reminded me that the alleged "Roswell UFO crash" was actually in Corona, speaking of Tad O'Malley.