Intervention Theory and the Sixth Extinction

I'm not going to speak as to the veracity of the statistics or the science presented here, or comment on whatever political agenda is at work.
Environmentalism is like religion and politics- it's been grossly distorted and exploited by rich and powerful interest groups across the spectrum, particularly now with the climate change agenda and its attendant controversies.*
But being the X-Files obsessive that I am, what really captured my attention is the juxtaposition of the the "sixth extinction" concept presented in the film's trailer and the footage of destructive human behavior upon the ecosystem shown in this trailer. Which looks almost identical to the way humans treat an alien biosphere in Avatar. 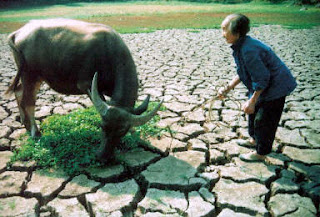 The fact remains that we don't behave like natives to this biosphere, we don't treat the biosphere as if it is our home. And the fables we tell ourselves- whether in religion or entertainment- all point to our true place somewhere "out there." Whether in scripture or sci-fi, this planet is consistently seen as either a way station or a prison. And we sit and wait for our deliverers from it, whether angelic or alien. 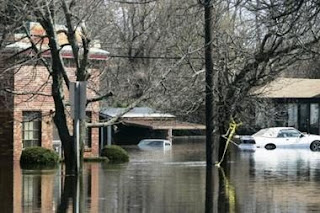 Which is why I believe Gaia theory and earth-based religions are less viable today - even with the utter collapse of the moral authority of all of the Piscean religious institutions - than ever before. No matter how uncomfortable it may be, the fact is that we are not evolving towards a closer relationship with the Earth, we are evolving towards escaping it.
But even before most of the world was forced to accept the god of the desert at the end of a sword, nature was more an object of fear than of true love. Indeed, what we understand today as neopaganism today is based more in the cozy, late-period Mystery traditions than in the grim, stoic traditions of true pagan and heathen worship.
True pagan gods constantly needed to be appeased - because they were constantly smiting their flock. This is why the Romans were so concerned about adherence to foreign religions - if the gods of Rome were not appeased with prayers and offerings, they might withhold their protection of the empire.
I admit my own health problems remind me how cruel the biosphere can be - no sooner did the cold and wet winter end than did a brutal pollen season begin. So perhaps I feel this a bit more keenly than others. But outside of a thin crust of privilege, the biosphere remains every bit as cruel as it ever was to humanity- more so, in fact.
Which is why so many billions put their hope in the next world. And which is exactly why that no matter how corrupt, how blood-thirsty, how predatory the priesthoods of the world are, they still cling to power. Because they offer a faint, tiny glimmer of hope to the Universe's lost, discarded, bastard children.
And humanity will always pick a comforting lie over a uncomfortable truth. But maybe- just maybe- we need to explore more extreme possibilities about our origins as a species, which we've consigned primarily to the entertainment realm.
But as we've seen here, scientists might hold more heterodox views about extraterrestrial intervention than they are permitted to discuss in public. It's funny how intervention theory is so unspeakable, when any number of far less plausible beliefs are tolerated and/or endorsed. But I have a feeling that these theories might well be quietly held among certain circles in the scientific community.
Then again, some would argue it should stay that way. Once the genie is out of the bottle and Pandora has opened her box, everything changes. There's no going back. Some will believe that that last glimmer of hope has been taken away from them and the thin veneer of civilization will start to splinter.
But if we don't know who we really are, we'll never understand why we do what we do. Maybe given the increasing skepticism of received authority, those who ask impertinent questions about the dominant (and dichotomous) paradigms about human origins are well-situated to offer a third option to the debate.
.
at April 25, 2010