2007 in Review: Knights Templar are BACK, Baby! 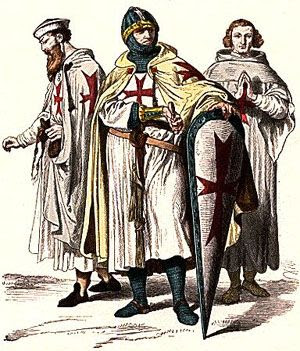 October saw the 700th anniversary of the public suppression of the Knights Templar. Happily, the Vatican miraculously discovered papers clearing the Templars of the charges against them.
Of course, the "papers" were "discovered" six years before they were publicized, but, you know, timing is everything.


Washington celebrated by putting the new-model Templars on public display for a week or so (the bit about the "lighted sun-visors" is priceless.) 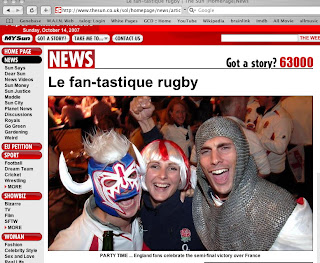 France celebrated by letting England beat them at rugby on October 13th. The British papers made sure the symbolism was obvious even to their dumbest readers. 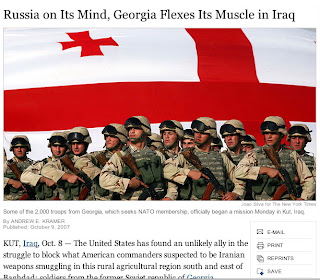 The New York Times joined in the fun with this unsubtle bit of symbolism. 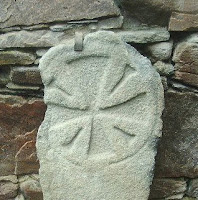 And the United Nations observed the occasion by incorporating the Templar cross into their logo for the 60th-odd year.
The past is prologue.
at December 27, 2007