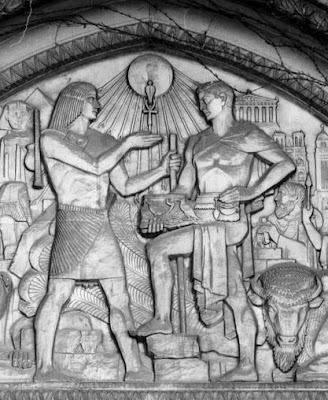 We continue our inexorable voyage into a brave new world, where ancient myths and futuristic technology walk hand in hand. A world where the last secular pretenses of the 20th Century give way to a restoration of the oldest world order imaginable.
Last week we saw the 10th Anniversary of the International Space Station, launched from the Russian Zurya ("Dawn") staging ground. Fast on its heels is "news" that a "private" company is planning trips to ISiS. Of course, the "private" part is pure pretense, since ISiS and the rest of the extraplanetary infrastructure we will see fall into place almost overnight falls under the aegis of the most sensitive military and intelligence components of the emerging world order:

A private firm has test-fired a rocket that could soon be flying cargo and astronauts to the International Space Station (ISS).

The SpaceX company fired the engines of its Falcon 9 rocket for three minutes - the length of time taken for the launcher to climb towards orbit. 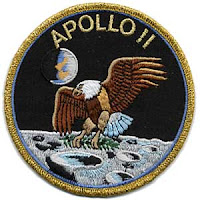 The politically correct American eagle
place-holds for his Egyptian cousin
The Falcon 9! Isn't that beautiful? Isn't that perfect? Of course, this is the clock being turned back from the quaint, collegiate Hellenism of the Apollo Program to its original model with the falcon-headed Horus. Let's remember who History teaches us preceded the Pharaohs on the Eternal Throne:

Before these men, they said, the rulers of Egypt were gods, but none had been contemporary with the human priests. Of these gods one or another had in succession been supreme; the last of them to rule the country was Osiris' son Horus, whom the Greeks call Apollo; he deposed Typhon, and was the last divine king of Egypt. Osiris is, in the Greek language, Dionysus.

But it gets better. Aside from being the most phallic rocket ever built, the Falcon 9 is carrying an interesting payload:

The company wants Falcon 9 to make its maiden flight by the first quarter of 2009. Initially, it will just loft satellites, including the British-built-and-operated Hylas broadband and TV spacecraft.

Hylas spacecraft, wonderful! For those of you who didn't see Jason and the Argonauts, Hylas was the name of the young man whom Hercules took as his lover. So having Horus- the god who ultimately gave Hercules his name- lift Hylas to Heaven is only fitting, and reminscent of Zeus-in the form of an eagle- taking his own young lover, Ganymede, into outer space. Ganymede then became the water-carrier, who is the archetype of our emerging Age of Aquarius. And Zeus became the Budweiser eagle, as we looked at back in June when Anheuser-Busch was absorbed into the Global Economic Singularity.

Hercules & Hylas and Zeus & Ganymede remind us of yet another god/man pair, Castor and Pollux, who lent their name to the Gemini Space Program, which immediately preceded the Apollo Program. We see the Pillars of Hercules butching up the Gemini mission patch, more appropriate for the macho, Freemasonic daredevils who pioneered space travel, but also eerily reminiscent of a more recent trauma where those Pillars fell to Earth.
The Eleven in the Gemini patch and of the Apollo II patch remind us that the father of modern space travel, John Marvel Whiteside Parsons, was an initate of the Ordo Templi Orientis, whose blasphemous 11th Degree has echoes of these ancient myths. Back to the "news" story:

But SpaceX aims to use the vehicle to launch its Dragon capsule soon afterwards. The capsule is being designed to carry both supplies and people to the space station.

Dragon! Parsons would have loved that one! He'd also have loved the fact that despite the Worldwide Financial Crisis, everyone and their grandmother seems hell-bent on getting into the Heavens. The European Space Agency just met in The Hague to set their agenda for their own appointment with the gods. Things are coming so fast and furious one would almost think that... 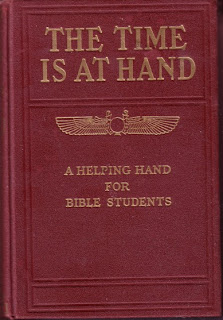 UPDATE: Read about NAZCA NASA's latest mission and try not to think about this post while looking at the photos.
at November 25, 2008