The Scam That Fell to Earth 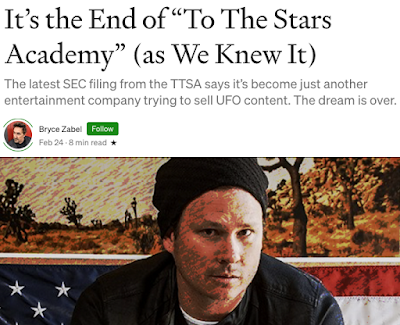 Every few years someone comes along with big plans to get rich off flying saucers. They usually have a lot of money behind them and often have a few questionable friends. And every few years those people quite unequivocally lose large amounts of money on flying saucers.
See, there's no getting rich off flying saucers, because flying saucers are not something you should try to get rich off of.
To the surprise of absolutely no one on the planet, Tom DeLonge's To The Stars Academy has given up trying to get rich off of UFOs. After a three and a half year publicity windfall that found a whole lot of big media outlets you think would know better acting as DeLonge's advertising force, the company is now concentrating on producing "entertainment." I doubt that will go over much better than the rest of TTSA, but maybe I'm just being churlish.
Citing the TTSA press release, Bryce Zabel breaks the bad news to anyone who might still care:

“To achieve its goals, TTSA has decided to restructure its operations to scale back its initiatives in science and tech commercialization and to place a greater emphasis on the operations of its entertainment business.”

There it is. Whatever TTSA once was or wasn’t, it is now going to go forward as a glorified entertainment company.

“TTSA has multiple intellectual property assets that it intends to develop into films, TV, books, and merchandise. To further its goals, TTSA plans to enter into strategic partnerships for the production and financing of its films and to explore merger possibilities in areas that could make it a vertically integrated film studio. TTSA’s other plans for expansion into the entertainment industry would include film product licensing and acquisition of literary talent for the creation of its film scripts.”

This is clearly a big change. As recently as June 24, 2020, TTSA issued this public proclamation via PR Newswire:

“It is part of TTSA’s mission to shed light on the noteworthy problem of UAPs through the collection and distribution of highly credible evidence that can be researched by academic and scientific communities.”

Worse still, all the Natsec insiders who'd signed on to give the whole grift a veneer of respectability are jumping ship. Zabel:

“Further, as part of the restructuring, Stephen Justice, TTSA’s Chief Operations Officer, Luis Elizondo, TTSA’s Director of Government Programs & Services, and Christopher Mellon, a member of TTSA’s advisory board, are no longer with the company. To keep in sync with TTSA’s public benefit mission of informed entertainment media, the company plans to keep its science advisory board, whose connections will influence TTSA’s stories for film, and to add a board member with expertise in the film industry.”

The bottom line here is that Tom DeLonge did meet some success with his goals for TTSA, but apparently found out that few others in the building were all that interested in showbiz, the only branch of the business to get off the ground. Plus DeLonge himself was a mixed bag. Many stories got written both about him and because of him, yes, but he was what we call in Hollywood an “unreliable narrator.” He brought light but attracted heat.

Now he is left with an economically shaky company and, we might suspect regardless of those public “forward leaning” statements, some hard feelings toward his once close pals who pulled the company’s needed gravitas out from under him.

DeLonge rendered himself an unreliable narrator with his train wreck appearance on Joe Rogan, who was certainly more than willing to give the TTSA business the benefit of the doubt. I don't think the project survived that wince-a-thon, especially considering how lame the super-secret footage DeLonge had to share was.
Excerpted from "Laugh While You Still Can": 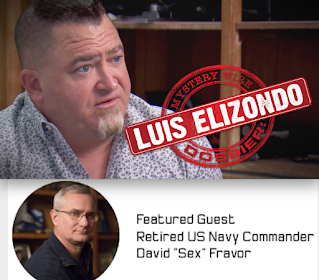 After DeLonge drowned in his own flopsweat, TTSA changed tack and wheeled these two honchos out instead. Fravor went on Rogan and let Joe toss his salad for a couple of hours, but discrepancies pertaining to Elizondo's credentials were a lingering problem for TTSA.
Chris Mellon-- a man to the manor born -- then stepped up to hawk their second-hand wares, but by then the rubes had long since moved on. 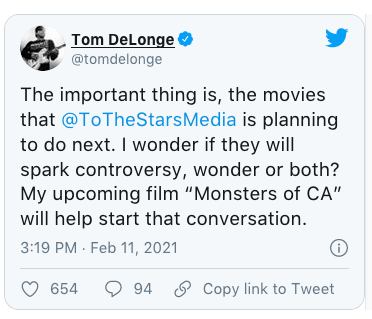 And now DeLonge -- a genuinely talented musician and songwriter (yeah, you heard me) -- has been reduced to talking up History Channel leftovers to a shrinking base of aging Blink fans on social media.
UFOs, man. It never fails.
Listen, I absolutely think UFOs are real. I've seen them. I think a lot of the ones that aren't just misidentifications of ordinary objects are experimental aircraft, but I think a lot aren't. And I think you should stay the fuck away from them.
UFOs, like most paranormal phenomena, are usually not a harbinger of happiness and good fortune.  I think they're a side effect of death, trauma and tragedy, like all other genuine paranormal events.
And to obsess on them is to invite that dark energy into your life. Gordon White once told me that that dark energy was why so many UFOlogists have such bad luck or die so young, and I've come to see the wisdom of that. Some of us just have to learn that lesson the hard way.
I'm not going to try to explain what UFOs are or where they come from because I don't really care. I think those speculations can only lead us into their perilous chapel. Let's just say I don't think they're Space Brothers from Uranus nor do I think they're Satan and his Alpha Centurian Space-Demons either.
I think they're something we can't understand, and I certainly don't think they're something to devote your life's work to. At best, it ends in penury.
So, seeing as how TTSA pretty much destroyed the field of UFOlogy as we knew it, I'd say they did us all a tremendous favor.

IT IS TO LAUGH

Not much going on out there with the lockdowns keeping everyone under wraps. The Party seems to be the new chief executives under wraps, too. But there's still a couple interesting tidbits to share. 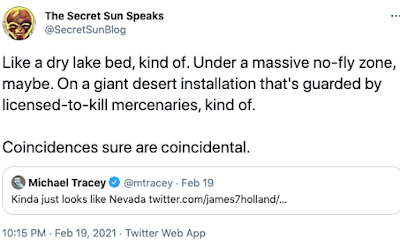 After the latest "Mars Landing," political pundit Michael Tracey said out loud what a lot of people are thinking. 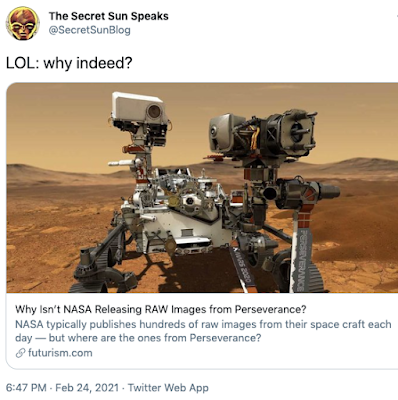 And right on schedule, we hear that NASA is refusing to share the raw footage from Perseverance. That won't quiet the Rover conspiracy nuts, who ask such wackadoodle questions as how did Rover take such stunning aerial pictures of itself... 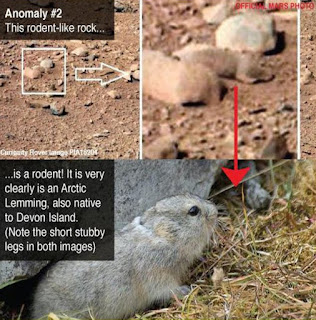 ... or why a Martian rock looks so much like a rodent native to the Canadian permafrost fields on Hudson Bay. "Pareidolia," I guess.
Keeping raw footage under wraps will help clear up any confusion over such obvious "pareidolia." Just like destroying Apollo telemetry data helped allay any suspicions about fakery.
Destroying and withholding evidence is always the best way to silence skeptics. 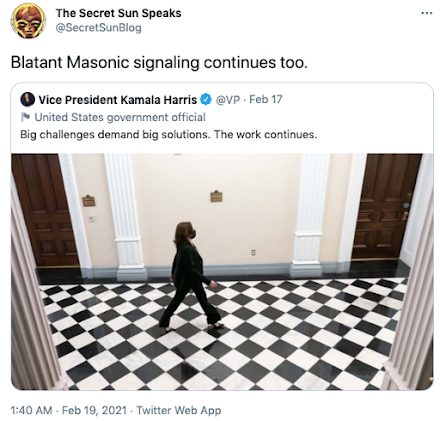 It is to laugh. 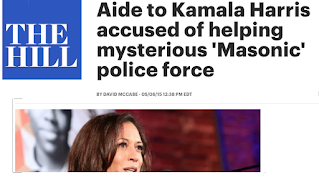 The bots and trolls were out in full force on Twitter on this one, and one started getting on my case. This blast from the past here shut them up. Sometimes it is just what it looks like. 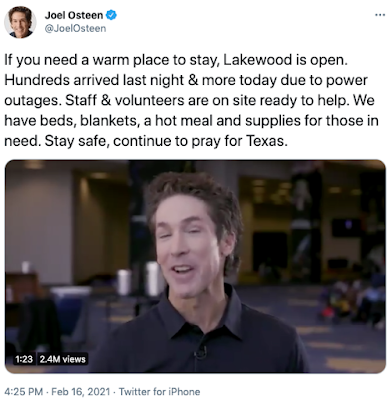 Is Joel Osteen OK? He looks a bit... embalmed. Is that all the botox? 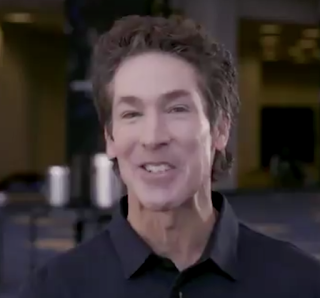 But there's another adjective I'm thinking of. It's on the tip of my tongue. What is it, what is it?
Oh, that's right. 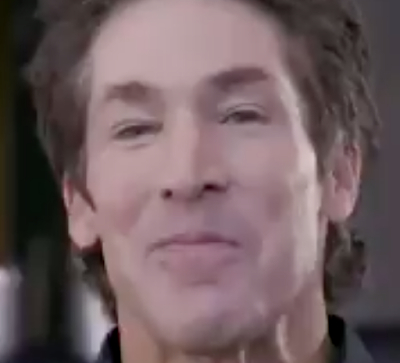 Osteen looks demonically-possessed. That's the term I was looking for. The effect is only heightened in the video, by the way. Unsettling af.
I still crack up when I remember how a Christian friend responded when I asked what he thought of the Prosperity Gospel. He replied, "I think Prosperity Gospel is straight from the pits of Hell. It makes God into a genie." 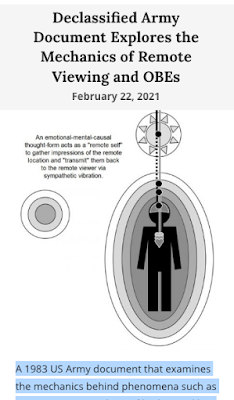 Of course it's from 1983. I'm telling you something happened that year, some kind of portal or gateway opened. And after that, this world began to change in some fundamental fashion.
Wait: did I say "gateway?" From Unknown Country:

A 1983 US Army document that examines the mechanics behind phenomena such as remote viewing and out of body travel has resurfaced. The analysis is in regards to the techniques taught by the Gateway Experience program offered by the Monroe Institute, but instead of trying to determine if what the course offers is legitimate, it takes it for granted that it is valid, and instead attempts to discover how psychic phenomena actually work.

Interesting. Incidentally, Monroe Institute is famous for popularizing the use of binaural beats in meditation and therapy.

Comment tell us of things new and different in the Den of Intrigue.

Don't forget The Secret Sun Institute of Advanced Synchromysticism, now holding classes in the highly strange. There's a ton of exclusive material up already and so much more on the way.
Come join us.

There are some also new posts up on the Secret History of Rock n' Roll blog that are all highly Sunjacent and ripe with Sunly infotainment. Come and bang your head with us.