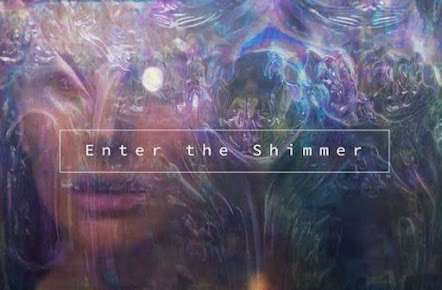 My family and I were discussing the Mandela Effect at Sunday dinner. My daughter-in-law wasn't familiar with it, so we looked up some ME listicles. I have to confess that I remember the conventional versions of history with most of the popular examples, and a lot seemed kind of stupid to me ("Flinstones" without a T? Really?).

But I do remember KitKat with a hyphen, I do remember "Proctor & Gamble" and I absolutely do remember Ed McMahon doing commercials for Publishers Clearinghouse Sweepstakes, not Slappy Dick's Publishing Doohickey or whatever the fuck fake company was embedded into the timeline.

Our impermanent reality is something I think a lot about. It's something I've come to take for granted. It's something we discuss quite a bit in the Sibyl group, since the Sibyl seems to be a critical nodal point in the process. Why that is and where it's going exactly is totally beyond me, but we refer to it as "the Shimmer," a term borrowed from the film Annihilation, itself a raging firestorm of Sibylry and Sibyl-adjacent symbolism.

As with Synchronicity, I think the essential fungibility of consensus reality is something a lot of people take for granted. My wife calls it "the alternate universe." A friend of mine used the same term, and cited the example of putting your keys on the key rack one minute, them being gone the next, and then reappearing hours later.

Where the fuck did they go? You know you put them where they belong and they appeared there sometime later. What the hell happened to them? That kind of thing happens all the time to everyone. 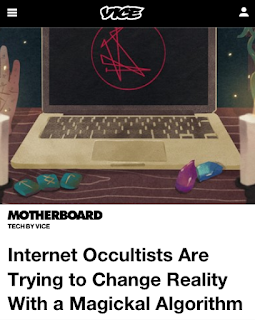 So, with things going a little sidewise in the reality matrix, I have to say I'm a bit bemused by this project.

Symbols carry an undeniable power—whether it's the Ankh, the crucifix, or the golden arches of McDonald's.

For thousands of years, runes, glyphs, and icons have been used in occult rituals and spiritual practices to mess with reality. Today, drawings imbued with the desires of their creators—called sigils—are undergoing a resurgence. Advocates insist they really work, and a new app called the Sigil Engine automates the whole process, aiming to make inventing reality even more accessible.

A sigil is a symbol used for magickal practice, typically created from scratch by the practitioner, and imbued with psychic energy to influence events. Aspiring sigil creators could already tap into a wealth of resources to learn how to draw their own magickal signs, from online libraries to how-to guides on TikTok, or influential "chaos magick" texts like Liber Null and Condensed Chaos.

When visitors land on the URL, they're greeted by a sparkling black background and a prompt to type their "intention." Doing so will set the Engine in motion, drawing the sign in bright red.

Yeah, OK: there's a big red flag. A big ol' red flag with "data-mining" and "surveillance" embroidered on it. Maybe it doesn't even make a difference anymore, but a word to the wise either way.

Co-creator Darragh Mason, who hosts the Spirit Box podcast, describes this flourish as "a prayer or a moment of reverence to the goddess Babalon," found within the Thelemic system first synthesised by British occultist Aleister Crowley. The backdrop alludes to "the great expansive void from which all things spring".

Not for nothing, but you think these people might want to spend a few minutes researching how prayers to Babalon usually end up for people who've tried them before. I realize it's fun to play esoteric outlaw and magical badass, but why not look up the track record of this shit, starting with weird old Uncle Aleister? Spoiler alert: the track record sucks.

But there's another thing I've been mulling over, given how bugfuck insane the culture has become and how this might affect the greater flow of causality and all those obsolete concepts. From UFOMystic:

Raschke offered the idea that the search for meaning behind the UFO enigma was caught up in cultural ideas about aliens coming from other planets in structured craft.

He also proposed that whatever was behind the UFO problem was acting as a catalyst for change in cultural ideas about what was possible and even acceptable.

Wow, was that ever prophetic. Drag queen story hours ring a bell? Continuing:

Raschke noted that,”…the UFO puzzle for both investigators and the public unfolds along a trajectory that Jacques Vallee terms that of ‘recursive unsolvability.’

In mathematics a recursive function is one in which the solution cannot be reached by a simple set of successive, linear operations, but is gained only by successive, partial tallies, each of which incrementally redefines the problem itself.”

I haven't a single clue what that means or implies. Bring it on home, Professor Raschke:

“What this may indicate is that UFOs may exist as a mega-experiment in deconstructing our ideas of what is possible, our place in the universe, our ways of accepting what is real and even our methods of cataloging sensory input.”

OK, that's not exactly revelatory. Let's see what our pal Dr. Jeff Kripal has to say:

(A)re  we  willing  to  listen  to  the  scholar  of  religion  Carl  Raschke,  who  observed  that  that  UFOs resemble “ultraterrestrial agents of cultural deconstruction,” cognitive tricksters  issuing  from  “outside  the  very  matrix  of  space,  time,  and  matter” with a mission “not to provide our civilization with a jeweled capstone to the grand edifice of secular science, but to undo the very architecture itself. ”

I don't know about you, but I'm not sure I find that possibility very comforting.

Let's have a look at the Raschke piece that Dr. Kripal drew his quotes from, Cyberbiological Studies of the Imaginal Component in the UFO Contact Experience (Archaeus, Vol.5, 1989):

"I substitute the prefix ultra- where one would expect extra-, so as to stress that the phenomena in question may be not only from beyond the Earth, but from outside the very matrix of space, time and matter.

Such a surmise is not as outlandish as it may seem on first consideration, since many theoretical physicists today have acceded to the notion that everything that falls within the range of normal, empirical science may be only a thin strand of intelligibility interwoven with hidden alternative folds of reality.

Let me take this opportunity to recount how the guy who got me started on all this Synchromysticism stuff 25 years ago told me he believed it was ultimately the work of entities that exist outside of our concept of reality, and can manipulate events in our own dimension like a child plays with blocks.

This guy was as good at this stuff as anyone has ever been, had legit scientific credentials, and was utterly convinced of this. And to tell you the truth, I think it drove him insane.

It's a bit worrying that his theory is a little too close to what Dr. Raschke is also talking about:

The spatiotemporal order, whose geometry was formulated summarily by Einstein, may be little more than than a single vibrational "rate" within what John Wheeler has called "superspace."

This lines up with similar theories John Keel put forward. But here's the kicker, at least according to Raschke:

Thus UFO "visitations" or intrusions may be traced back to some hyperdimensional point of origin.

Furthermore, the "visitors," rather than systematically "studying" our ways out of magisterial curiosity, may be working with methodical dispatch to make us transparently conscious of, if not to elevate us toward, the realm in which they move and have their being."

Yeah, I can't help but think they're probably not doing so for our benefit. Remember "To Serve Man?"

Continuing from UFOMystic, this is certainly something I can personally attest to:

If there is an intelligence or intelligences behind the phenomenon, what it has been doing (probably for millenia) either looks like nonsense or some inscrutable attempt to change human thinking and perception. The very exposure to a UFO or occupant sighting is enough to rearrange one’s concepts of what is real, or even acceptable to our minds and senses.

Absurdity seems to be a major part of this. But let's remember the example of the "Alice in Wonderland" techniques from various MK programs:

An article by Benedict Carey from the New York Times reports on research into seemingly nonsensical events and how they are useful in deconstructing our endless search for structure and meaning, injecting helpful doses of depatterning.

I hope "depatterning"-- a violent and invasive form of brainwashing perfected by Ewen Cameron-- is not the exact term the author was looking for. But this next exercise certainly follows in with the work we've done in the Sibyl group.

Participants in a study were asked to read an absurdist short story by Franz Kafka and then given a test that analyzed their ability to find hidden patterns in strings of letters:

The test is a standard measure of what researchers call implicit learning: knowledge gained without awareness. The students had no idea what patterns their brain was sensing or how well they were performing.

But perform they did. They chose about 30 percent more of the letter strings, and were almost twice as accurate in their choices, than a comparison group of 20 students who had read a different short story, a coherent one.

Or as I like to say, "Mystery is the Mother of Wisdom."

I've talked about the knock-on effects of all this ritualism on our perception of reality and how that perception can actually change that reality. I have to admit not really thinking of it in terms of UFOs, but it's certainly something worth considering. Especially given their ubiquity in the margins and corners of the things I obsess on.

But all this made me also wonder if Tom DeLonge's budding UFO empire collapsed for the same reason similar ventures have. And that's that the vision put out by Hollywood and DeLonge's NatSec patrons (but I repeat myself) of roughly human-like beings flying around up there in metallic spaceships simply doesn't fit the evidence, whether conventional or otherwise.

I doubt most people think all that much about it, at least in those terms,  but the idea gestates in the collective consciousness either way.

Don't forget The Secret Sun Institute of Advanced Synchromysticism, now holding classes in the highly strange. There's a ton of exclusive material up already and so much more on the way.
Come join us.