The Owls Are Not What They've Seen

During my Operation Trojan Horse re-read I kept seeing the year of my birth- 1966- recur throughout the text. It was a busy year for UFOlogists in general but for Keel especially, since it brought him to Point Pleasant, WV to investigate the Mothman drama, with its attendant aftershocks like the saucer flap and the MIB invasion.
1966 was a fascinating year in many ways- absolutely pivotal in a Secret Sun context, really. It saw the first landing of a spacecraft on another planet's surface (the Soviet Venera 3), the maiden flight of Skunkworks' SR-71, the beginning of the Cultural Revolution in China (which eliminationist ideologues like PZ Myers' wretched minions would desperately love to reenact in America) and the first craft to enter lunar orbit (the Soviet Luna 10). Villas Boas, writ large
1966 also saw the premieres of Star Trek, Batman, The Monkees, Dark Shadows, and How the Grinch Stole Christmas on TV, the first "new Doctor" (Patrick Troughton), the creation of Anton LaVey's Church of Satan (and the production and subsequent theft of Kenneth Anger's original Lucifer Rising, or so the story goes) and Timothy Leary's League of Spiritual Discovery, the peak of the original Hippie movement in San Francisco (marked by Ken Kesey's Acid Tests at the Fillmore and Grace Slick's recruitment to the Jefferson Airplane) and the rise of The Pink Floyd as "the soundtrack of the counterculture" in London. Not to be outdone, the US Gov't outlawed the use and distribution of LSD in 1966 as well.
The Secret Sun's sizable UK contingent surely remembers 1966 was also the first and last time England won the World Cup. 1966 saw the release of "Good Vibrations," "Eight Miles High" (and "Mr. Spaceman," to boot), Pet Sounds and Revolver, as well as the recording of The Doors and Sgt. Pepper. 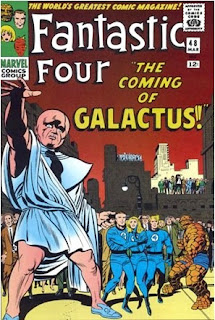 Jack Kirby was absolutely on fire in 1966; that year saw the debuts of the Silver Surfer and Galactus in Fantastic Four and Ego the Living Planet and the High Evolutionary in Thor as well as the Thor/Hercules replay of the Eleusinian Mystery and the "Cosmic Cube" Alchemical drama in Captain America (which was later adapted in the 2011 film).
It also saw the last Spider-Man and Doctor Strange stories Steve Ditko would ever draw and the last James Bond 007 stories Ian Fleming would ever publish.
You get the picture. Feel free to add your own 1966 milestones in the comments section, but the point is that it seemed to be a peak year in many ways. I'm sorry I was too young to experience it properly.
But there was another bit of high weirdness in 1966 that I wrote about here a while back, and I wanted to revisit it with my Trojan Horse re-read still fresh in my mind: 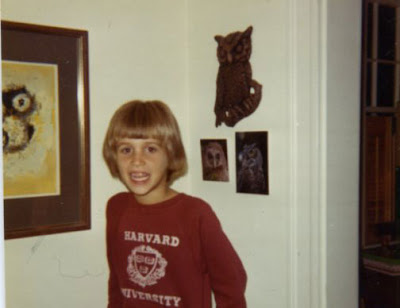 Here's just a small sampling of the owl imagery I grew up surrounded by. That's me, in a corner of the dining room, probably sometime around 1972 or 1973. Most of the imagery was in the living room- there was a kind of alcove set into the wall that my dad used as a bar and then my mother used as a kind of shrine, with all kinds of owl figurines there. Later we put the TV there.

Now, I have no reason at all to believe that my mother was an alien abductee, but there is one particular story I remember her telling me... She said that just before I was born she put my sister down for naps and then would often take one herself. But she would have this recurring nightmare that a "witch" was on the porch and was trying to come into the house while my mother was asleep on the sofa.

That was the same exact spot I had the leprechaun hallucination you're all so sick of hearing about.

The typical anxiety of an expectant mother? Probably. But the recurring nature of the nightmare is a bit curious.
I also remembered another nightmare my mother told me she had before I was born: she was on a plane with my sister (who was about 2 at the time). But they were standing, not sitting, for some reason. Suddenly a door opened in the floor and my mother watched in horror as my sister was pulled through it and fell through the clouds. Stressful thing, motherhood.
Also curious is the fact that -- as I mentioned-- this was the same exact spot where I had my own encounter with high weirdness, though not the first-- or the last-- such encounter.
It's also the same spot featured in a nightmare that I'm only 99.9% certain was a dream and not a confused memory of a poltergeist encounter (or should I say another encounter):

It's 9 o'clock at night. My mother tells me she has to run down to Weymouth Landing to the store. I ask here to take me with her, because I'm afraid to be home alone. She gets irritated and tells me she won't be long. She leaves and I sit in the kitchen alone. Then a knock comes at the back door but I don't see anyone there. I'm scared shitless. It comes again. I sit there terrified. Again. And then it stops. Then all at once all of the doors and drawers in the house begin opening and closing by themselves, violently and rapidly.

That one still gives me chills, most of all because it was so un-dreamlike. 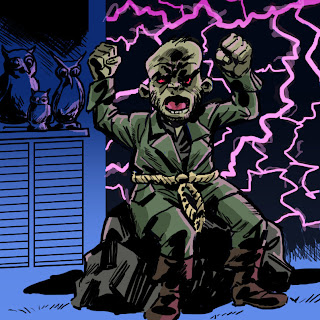 Either way, it can't help but make me wonder about those nightmares, never mind the parade of weirdness I have more tangible files of pertaining to that area.
I've told you about Braintree being the Twin Peaks of the South Shore (even if none of the NICAP reports came from Braintree proper) and I meant it. Note that- like school shooter Amy Bishop-- Mark Zuckerberg's new wife herself hails from the 'Tree.
I can't help but think of Braintree native Steven Ivens, better known as the missing FBI agent from the Hollywood field office. They said he went up into the mountains over Burbank and disappeared-- did he find the Black Lodge there? Or had he found it already in his old hometown?

THE SECRET HISTORY CAN NOW BE TOLD!