The Secret of Europa and the Star of the Sea

The Secret is a straight-to-DVD supernatural soap opera starring David Duchovny and Lili Taylor and Olivia Thirlby. It's kind of a paranormal Freaky Friday - Duchovny plays an optometrist whose wife and daughter are killed in an traffic accident, but the daughter then returns to life possessed by the spirit and personality of her mother.

There are some stock Secret Sun name riffs- the family's name is "Marris" (which we'll get to in a sec), the wife's name is Hannah (derived from Inanna) and the daughter is usually referred to in the he/she diminutive, Sam. Ultimately, it's the kind of concept that could carry an episode of The Outer Limits, not necessarily a feature film (the vibe is a bit on the chick-flicky side and there's a slightly creepy incestuous undertone to it).

But since I'm always fascinated by themes of transmigration and soul transference, I picked up the DVD at the drug store. Didn't quite make it through the whole thing, but thought the imagery in the opening credits was interesting, in an enigmatic kind of way. 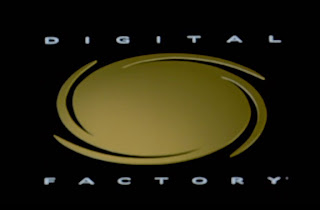 Such as this sunwheel, which opens the proceedings. 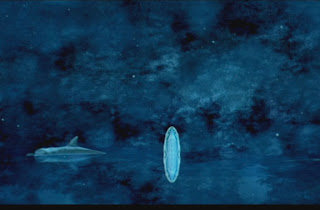 Then we see this hypnotic bit of CGI magic; dolphins frolicking in a placid ocean under a night sky (reminding me of Ecco the Dolphin or some reason), and then this strange object comes to the surface... 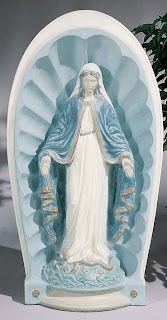 ...which at a distance looks remarkably like a popular garden statue of the Virgin. 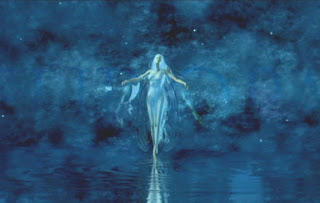 An impression that is furthered by this shot, resonating with the icon of the Virgin as the Stella Maris, the "Star of the Sea" (which connects us back to the "Marris" surname in the film). 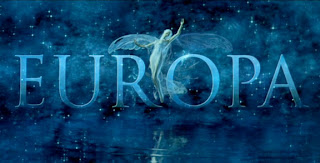 But then this figure then sprouts fairy wings as the company logo appears onscreen. The juxtaposition of the flying sylph and the starry night sky is a powerful (and beautiful) image, even if the connection to "Europa" isn't exactly clear (at least to me). 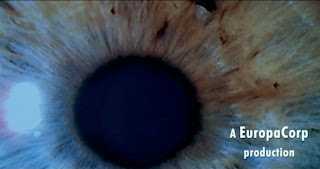 We see the Europa credit in the next shot, an extreme closeup of a pupil and iris, strangely resonating the Black Sun. That in turn connects us back to the sunwheel up top. 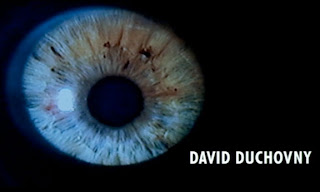 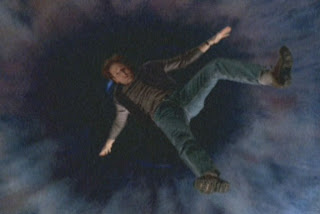 ...resonating as it does to the opening credits in Season Eight. Bonus factoid: The Secret is a reunion for Duchovny and Lily Taylor, the actress having guest-starred in an amazing X-Files episode in Season Five.
It's title?