Time and Thai, or Please Come Home for Mithras 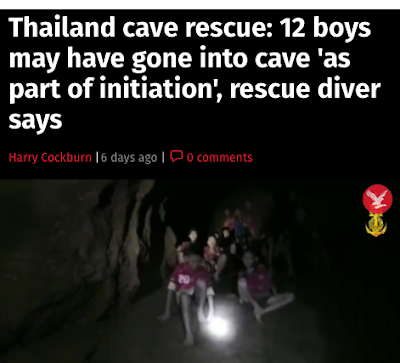 I'm still collating the information we're hearing coming out of Thailand concerning the rescue of a boys' soccer team and their coach from a cave that was flooded by monsoon rains. I'm not going on record with any of this quite yet but we're seeing quite a lot of ritual and symbol tied up in all of this, both overt and perhaps somewhat less so.

Which makes perfect sense given the way things have been going this year. 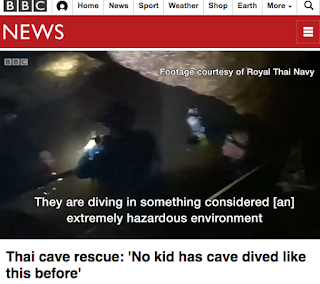 The good news is that several of the boys have been rescued already. But the fact that the team descended into these caves for an initiation ritual can't help but send all sorts of bells and whistles off in my head, especially given the Mithras Rising theme we've been exploring here.

The Mithraic sanctuaries were subterranean caverns, which presented obvious limitations of size. None of the many excavated shrines could receive more than a hundred persons, most even fewer. All ceremonies were of necessity enacted in artificial light.

The cavern always contained a well.

Access to the cavern often consisted of a system of subterranean passages, which were used in the initiation ceremonies. Men only were admitted to this religion of soldiers, and no organizational hierarchy seems to have existed.

I should add that the combination of a 12-man team and a 25 year old coach not only calls to mind the zodiac in which Mithras was so often identified with, it reminds me of 12/25 AKA the Saturnalia AKA The Feast of Sol Invictus AKA The Feast of Mithras.

That's just how my brain works. 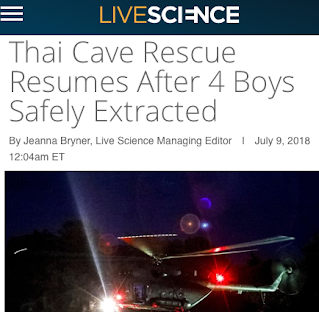 Back to the caves:

The myth was interpreted by the Roman Mithraists in terms of Platonic philosophy. The sacrifice took place in a cave, an image of the world, as in the simile of the cave in Plato’s Republic. Mithra himself was equated with the demiurge, or creator, of the Timaeus: he was called “demiurge and father of all things,” like the Platonic demiurge. The four elements, the mixing bowl, the creation of time, and the attack of the wicked animals upon the newborn creature are well-known features of the Timaeus.

The Thai soccer team are known as the "Wild Boars." 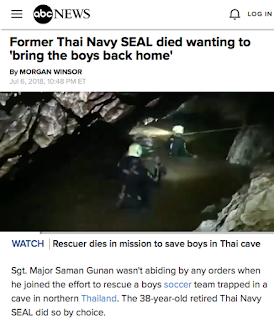 Remembering the Tauroctony, or the Slaying of the Cosmic Bull, in Mithraism I'd be negligent if I didn't remind you all that a male seal is called a "bull." In the interest of full disclosure. 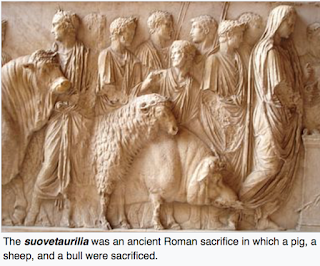 More overt animal sacrifice was involved in the Thai drama:

As the search for the missing boys and coach continued, monks and holy people arrived to hold vigils at the site. Some took turns giving sermons and offering comfort to relatives of the missing, who sat in plastic chairs in an area cordoned off from the public.

Even Thai authorities appealed to the spirits by setting up shrines, burning incense and offering food and drink to the deities — including a boiled pig's head and beer. 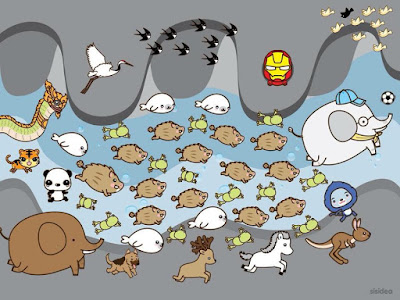 Another Thai SEAL posted this highly symbolic cartoon on his Facebook. Here is the key to the correspondences:

And forgive my fractal brain, but it immediately called this up:

The rising of the Mithraist in grade prefigured the ascent of the soul after death. 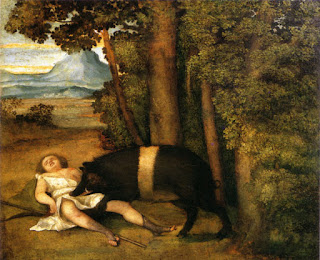 And then there's that whole "wild boar" business again, tying us back to the Siren lineage:


Adonis’s mainly female devotees would join with Astarte each year weeping for her lost son slain by a boar. They then rejoiced when he was restored to life. Attis was a comely young shepherd whom Cybele loved. The worship of Attis was always linked with that of the Great Mother of All Things, Cybele, the supreme deity.

Attis died either slain by a boar sent by Zeus, like the Syrian god Adonis, or by bleeding to death under a pine tree, after castrating himself in a madness sent by Cybele out of jealousy. Every spring, the death of the god was mourned until he was resurrected by the Great Mother, when grief turned to joy. 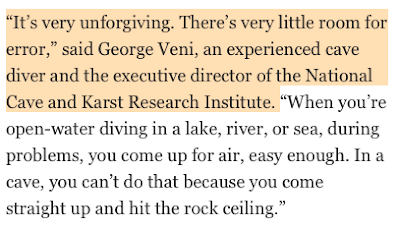 Then there's that fascinating name there-- George Veni-- that keeps popping in these news stories. "Veni" strikes me as very possibly coming from the same root that gives the name Venus, whom we know as Adonis' consort.

And just to gild the lily, George brings to mind "gorge," which is essentially an open-air cave. 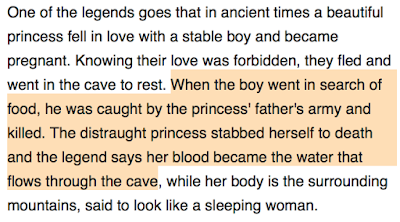 And the mountain range in which this cave is located is named for the Sleeping Lady, whose backstory of doomed love with a stable boy seems to strike awfully close to home considering the whole Inanna-Dumuzi lineage we've been discussing.

A FB member pointed me to the prayers to the rain god, invoked by a high-ranking military officer, the kind that presided over Mithraic rites:


(T)he regional army commander offered his thanks Monday to the rain god Phra Pirun, imploring him to "keep showing us mercy."

"Give us three more days and the Boars will come out to see the world, every one of them," Maj-Gen. Bancha Duriyapan told a news conference punctuated by applause from the dozens of Thai and foreign journalists and others in attendance.

"I beg Phra Pirun because the Meteorological Department said that from Monday on there will be continuous rain," Bancha said. "If I ask too much, he might not provide it. So I've been asking for three days." 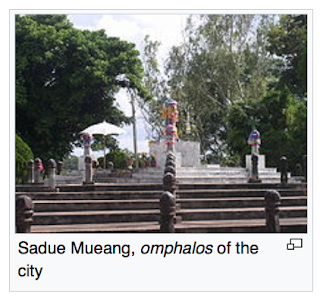 The same district has an actual omphalos, which along with the player nicknamed "Titan" brings us back to the same mytharc:

Ouranos and Gaia prophesied that a son of Kronos would eventually depose the Titanes, and so the Titan-king, in fear for his throne, took to devouring each one of his offspring as soon as they were born.

Only Zeus escaped this fate through the intervention of his mother Rhea, who deposited him in a cave on the island of Krete (Crete) and fed Kronos a substitute rock (Omphalos). Upon reaching adulthood, Zeus forced Kronos to disgorge his siblings, and with an army of divine-allies, made war on the Titanes and cast them into the pit of Tartaros (Tartarus).

• The priests of the goddesses we've been looking at-- including the Inanna types and the Earth Mother types (Cybele, Demeter) were transgendered, having castrated themselves as part of their initiation ritual. Thailand is well-known for their transgendered--or "third-sex"--population.

• The Cave and the Omphalos are central to the rites of the Pythia, or the Oracle of Delphi. Or if you prefer, the Sibyl.

• The Titans are the Watchers are the Fallen Angels, whose human wives are the Sirens. 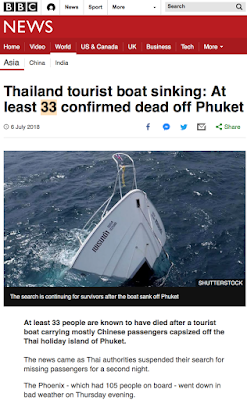 The drama of the cave comes just days after 33 vacationers were drowned when the tour boat Phoenix sunk of the coast of Phuket. 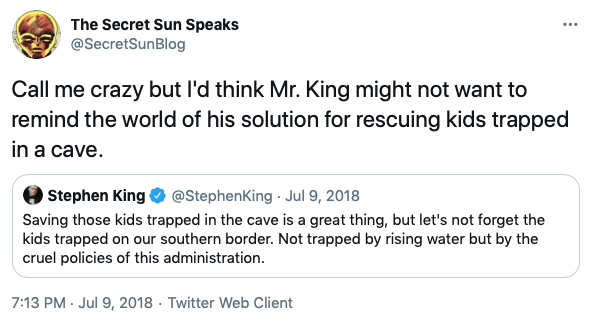 Stephen King weighed in with his thoughts on the drama, which makes me wonder if the old scrivener might not have been having himself a senior moment.

If you know what I mean. 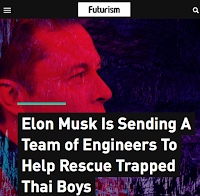 Elon Musk offered his services, and even built a custom submarine for the rescue. 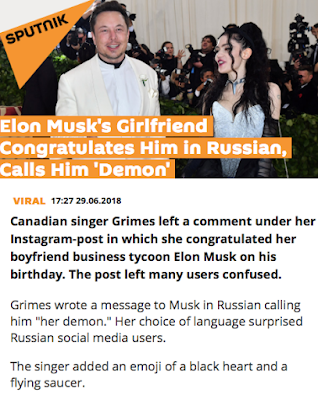 Which of course brings you-know-who into the equation, via her apostle and label-mate Grimes. Would you expect anything less? 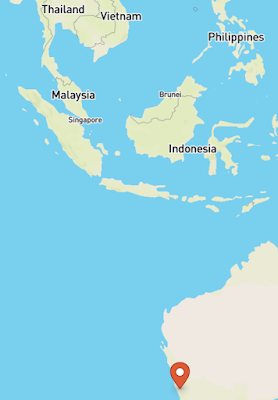 And of course, I'm thinking quite a bit about the week-long invocation of the Siren in Perth, not all that far from Thailand, relatively-speaking. 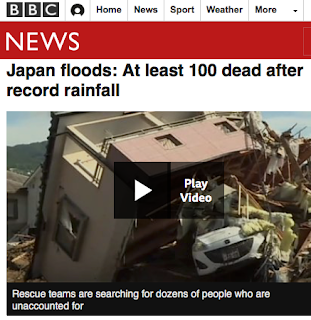 I've been puzzling over this tragedy as well. A connection? Sure feels like it, somehow. 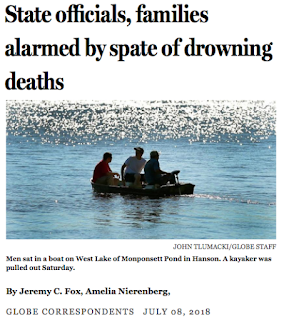 And on this side of the world--Massachusetts, to be precise-- more trophies for the Siren.