Orange is the New Black Magic 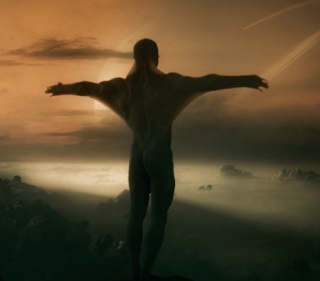 Just wanted to drop in with a couple quick updates on recent events and topics we've been looking at here. There is so much going on and things are moving so quickly that I don't really have the luxury of time with this material. By the time you cover one story, another takes its place.

And of course the big story today is the alleged YouTube shootings, apparently committed by a disgruntled content creator named Nasim Najafi Aghdam, who was allegedly angry that her videos were being de-monetized.

Or should I say demon-etized? Because Nasim had crazy to spare and then some more. And then a few more cartons of cray-cray stashed up in the crawlspace. 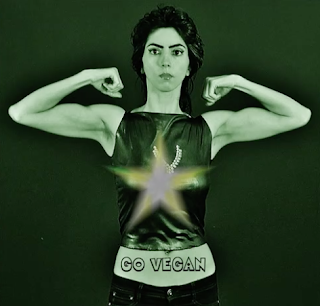 So I really don't know what to make of this Nasim Najafi Aghdam person, other than the fact that she was utterly barking-mad. And barking mad in a way that isn't in any way charming or endearing. Y'know, like barking-mad always tends to be in the movies. 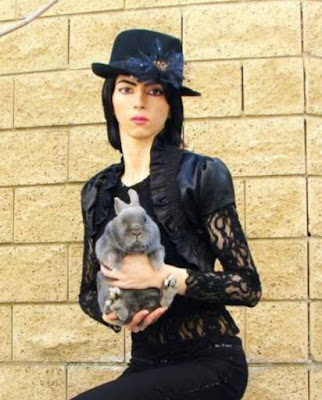 Her eyes were like two warning beacons of batshit, beaming an instinctual --if not primal-- message that even the smallest children would understand. Those eyes practically scream, "slowly back the fuck away."

Nasim seemed to exist in a grim and solipsistic fantasy world empowered by consumer electronics, a twilight zone in which she was a singer, dancer, personal trainer, ninja, animator, songwriter and comedian. Whatever she put her mind to, though, it all came out disturbing. 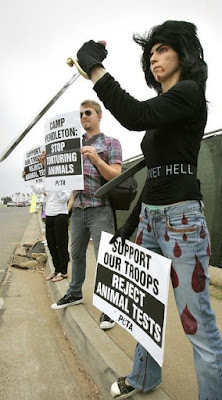 Aghdam was an Iranian immigrant who spoke English (more or less, OK, not really) and Parsi and claimed to be both Vegan and Baha'i, though her Arabic names might signal a Muslim upbringing.

However, she didn't seem to be all that concerned about modesty, so I'm not exactly sure if she actually had any real religious affiliation or beliefs. 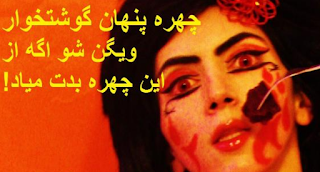 She was rather odd physiologically as well, often shockingly thin but endowed with large breasts, which may or may not have been implants.

She had an extraordinarily long and thick neck, very long arms and often came across as androgynous or gender-fluid in some way, an effect heightened by her name (Nasim is both a male and female name but more commonly male).

Don't ask me why (because it doesn't make a lick of sense) but I keep thinking back on those super-sisters that gave the cops the what-for on a highway in England some years back. You might have seen the video of them beating ass on Bobbies when they weren't getting smacked by semi's.

Only reason I can give you for the association is that something about this Nasim person feels vaguely engineered. I'd have to think on it though, and I really don't care to. To tell you the truth. 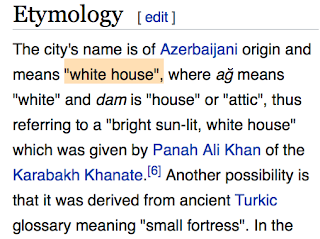 Her surname is a corker, though; it means "White House." Go figure.

Can't say I'm sensing any hidden agendas here per se, but the day is still young. There're a lot of other stories to chew on anyway. 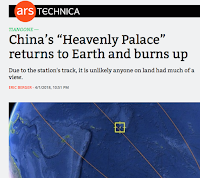 You remember the "Heavenly Palace" that pearly dew-dropped to Earth, right? Well, a day after that all went down, we had another interesting liturgical newflash from the Space is an Altar desk... 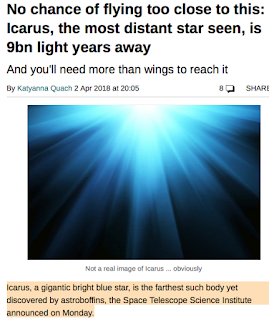 And that's the reported discovery of the most distant star yet discovered, which is now called Icarus. We  talked about the other Icarus a few months back but even so it's rather interesting timing.

Accounts have it that Icarus was discovered this past Halloween, which you may recall was a busy day in other ways here on the Sun.

IN OTHER ORANGE NEWS 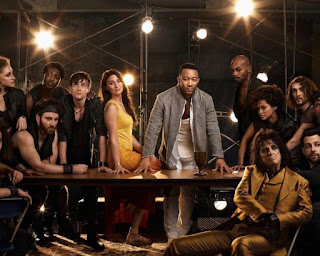 And just because entrainment and gaslighting go together like pearls and dew-drops, a live performance of Andrew Lloyd Webber's rock opera Jesus Christ Superstar featured 4chan nemesis John Legend in the role of Jesus Christ (Superstar) and Alice Cooper in the role of Satan Herod.

So a Satanist plays Christ and a Christian plays Satan Herod.? Sounds legit. What else do you expect in 2018?

Just kidding, of course. But given all the attention the lingering Pizzagate rump have paid to Legend and wife Chrissie Teigen-- so much so that Legend has taken legal action-- the casting certainly does feel like some highly-distilled trolling on somebody's part. 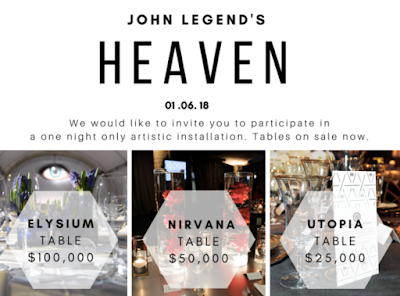 As does this, quite frankly. Note that everyone's favorite spirit-chef Marina Abramovic took part in this little soiree, along with John Legend Superstar and a coterie of the pretty people.

Now, I'm sure Legend is very talented and so on, but that's seriously the only guy they could find to play the role of who many millions in this country still regard as the Son of God? Like we used to say back in the 90s, whatever, dude. 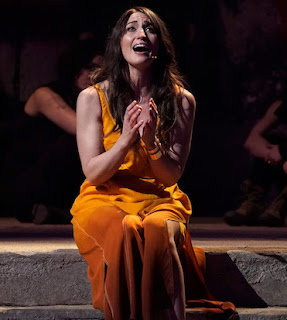 However, please note that this production's Mary Magdalene was indeed flying the Orange. And flying it in a big, bold way.