You know we're in a ride when this year when there's an "Osiris Expo" in Paris. The Expo actually opened in September and is moving to London (where else?) next.
But the name, it's so odd; I mean, it's not actually a display of all things Osiris, it's simply a variation on the "Cleopatra" show I saw in Philadelphia a few years back:

Much like the mystery of the lost city of Atlantis, the Egyptian Thonis-Heracleion had been lost somewhere between myth, history, legend and reality until its discovery in 2000. Now sunken underwater, the city which occupied the land that is now known as Alexandria was home to some of the most phenomenal ancient Egyptian temples and religious rites.

On September 8, French President Francois Holland is scheduled to inaugurate Institut du Monde Arabe’s exposition ‘Osiris, Egypt’s Sunken Mysteries’, which takes the visitors through the “nautical procession of Osiris from Thonis-Heracleion to Canopus that accompanied the god each year on his passage to the hereafter,” as described on the expo’s official website. 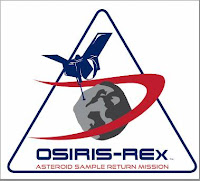 If I didn't know better I'd almost think it all had something to do with the OSIRIS-REX mission being launched this September (a year after the Osiris Expo opened in Paris).
I mean, I totally believe that story that some 9 year-old came up with the name for the mission's target; Bennu, or the Egyptian name for Phoenix.
All by himself, even! 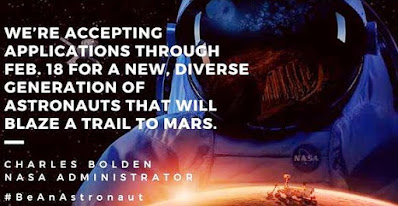 Meanwhile, NASA is holding open auditions for astronauts for a planned Mars mission (the Moon is somehow off the menu, which makes zero sense). I'm sure they'll be studying all those resumes in great detail. 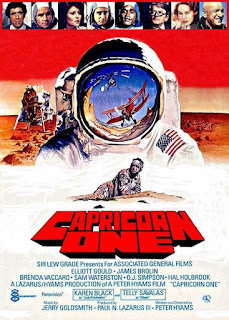 It's surely a coincidence that the graphic for the Mars mission is basically the same layout (note the spacecraft behind the text in the Mars graphic) as the movie poster for the 1978 film Capricorn One.

About a faked Mars mission.

Don't ask me what's going on there. I gave up trying to make sense of NASA a long time ago. 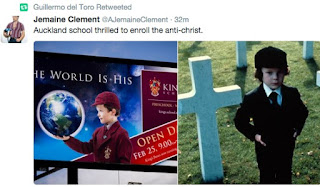 1978 was also the year of Damien: Omen II, the disappointing follow-up to the 1976 thriller about a pint-sized Antichrist. As to this tweet of a private school billboard retweeted by horror/SF director Guillermo Del Toro, I'm sure it's not what it looks like. 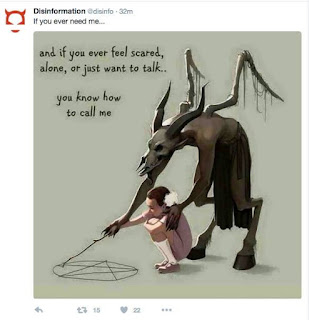 The same can't be said about this creepy tweet by former counterculture site, Disinformation. A lot of people have complained to me about the radical turn Disinfo has taken, I guess maybe now we know why. 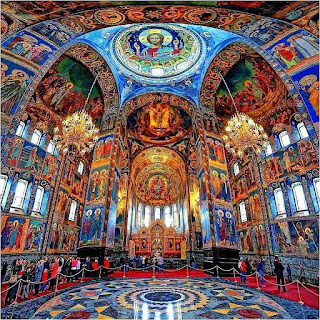 On the other side of the ledger there's this raging display of premodern psychedelia, from the Church of the Savior on Spilt Blood in St. Petersburg, Russia.
Whatever those guys were smoking, I want some. 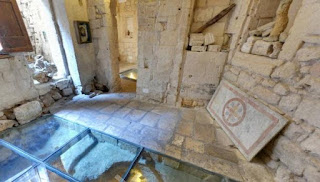 Speaking of premodern, here's a story for you.


In 2000, Luciano Faggiano faced plumbing and sewage issues on the property he had purchased in order to start a trattoria, a casual eating establishment, in Lecce, Italy. Figuring it would be a quick fix, he opted to find and repair the trouble himself, with the help of his two older sons.

Digging beneath the building, the family soon discovered a subterranean world, “tracing back before the birth of Jesus: a Messapian tomb, a Roman granary, a Franciscan chapel and even etchings from the Knights Templar. His trattoria instead became a museum, where relics still turn up today,” writes an article in The New York Times .

This is like something out of a particularly outlandish Dan Brown novel. Or a really cool dream. I'm not sure yet. 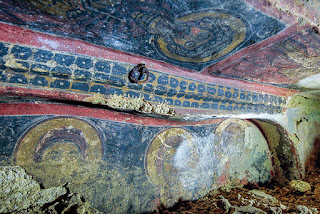 Then there's Turkey, which seems to be the go-to location for elaborate tunnel cities. Check out the latest on this excavation, which was also discovered by accident:


In 2013, construction crews in the city of Nevşehir, in the Cappadocia region of Turkey, were demolishing low-income housing ringing a Byzantine castle when they unearthed something astonishing: entrances to a massive underground city.

Dating to at least Byzantine times, the vast network of tunnels and rooms had been carved into volcanic ash rock called tuff that gives Cappadocia—famed for its otherworldly “fairy houses,” cave churches, and evocative geologic formations—its singular terrain.

It’s not the first underground city to be discovered in the region; there are some 250 known subterranean dwellings of various sizes hidden within the fantastical landscape. The two biggest are Kaymakli and Derinkuyu; the latter is estimated to have been able to house up to 20,000 people. 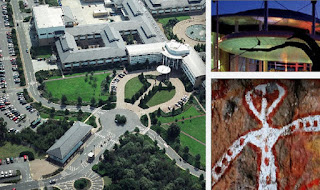 Speaking of underground lairs, the British Earth and Aerial Mysteries Society released a report, claiming that defense contractor Qinetiq has a secret underground base at its installation in Farnborough, England being used for researching alien technology.
They note that there's a building resembling a flying saucer (there's a lot of those, including the UK's GCHQ)) and that landscaping and pavement has been designed to resemble a famous rock art depiction of an alien Grey.
Can't see it? 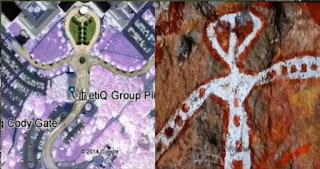 The head of the Grey strongly resembles that of another, similar firm; Bigelow Aerospace, the underwriter of MUFON. 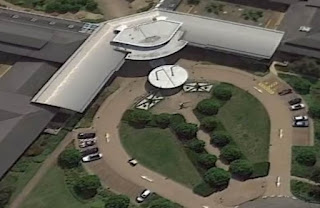 There's also a strange bit of symbolism: the Grey has a disk atop his forehead (or at his crown chakra, if you prefer) and the building above looks very much like one of the stealth aircraft many researchers believe were engineered using alien technology. But only from the air.

It's almost like from Grey come flying saucers come advanced aircraft. Or something. Who knows, it's all zany and nutty, right? Wacka-zacka-zing-hey! Pew! Pew!

But do note also that this "Grey" can also only be made out from the air- you'd have no idea what you were looking at at ground level. Bonus factoid: Qinetiq was originally a firm located in Waltham, Ma, my very own backyard. 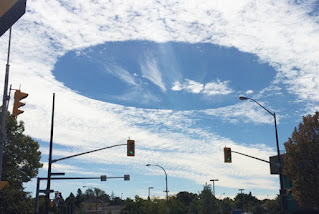 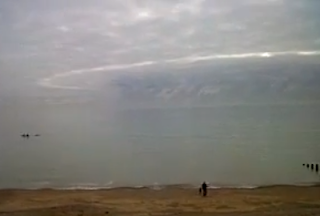 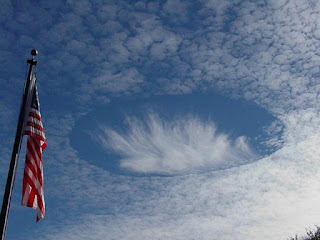 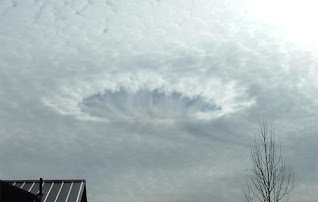 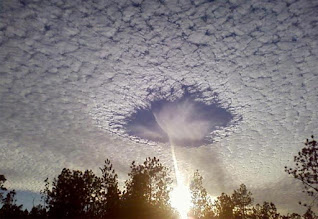 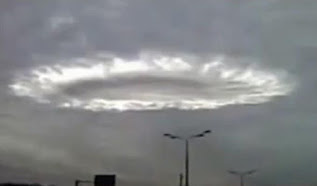 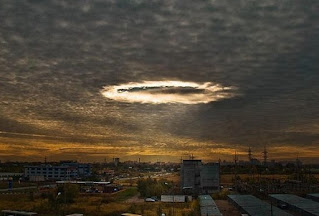 I know they all look like a giant circular object burned their way through clouds, often leaving edges so clean they look like they drawn with a compass. I know this is one of those phenomena that no one saw or even heard of until fairly recently (like "fireball season"). That as recently as 2011 the National Geographic couldn't explain them.

Never mind that we've heard divergent, unsupported explanations such as ice crystals in the atmosphere or jets. It doesn't even matter this precise phenomenon was reported at O'Hare Airport during a mass UFO sighting.

I mean, do you think a flying saucer would have something like cloaking technology or something?
What are you, a wacky, zany, off-the-wall "conspiracy theorist"?