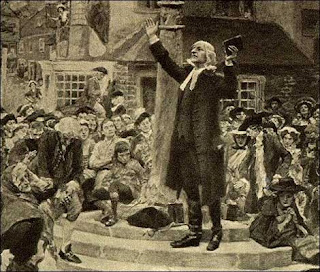 Let's just get this out on the table now - Transhumanism is still a pipe dream.

It doesn't matter how much H+ propaganda you see in the movies or on TV or in sci-fi novels or comic books, it simply doesn't exist as a practical science.
There are so many barriers to it coming to fruition -- many scientists believe the consciousness upload idea will never work -- but the crippling deal-breaker is simple cost.

No matter how many CGI effects make it seem so very tantalizingly close and no matter how many deliberately deceptive "science" articles you see (nearly all of which are based on some theoretical possibility), nearly all of the principles behind Transhumanism simply cost too much or require too much computing power or too much manpower to get off the comic book page and into reality.

The heat's gone out of Transhumanism, of that there can be no question. A messianic movement, which seemed to offer us salvation (just around the corner)  is now the province of the true believer. And like any failed messianic movement, the rhetoric coming out of the movement has become distinctly apocalyptic.

A look at the IEET homepage (the IEET being the main H+ thinktank) shows how the movement is backing off its "any day now" fervor and is dealing with pretty much the same kinds of issues you see on any liberal or globalist news site, particularly one with a religious bent. Like most alternative religious movements it seems to be reducing to the Unitarian mean that you see in so many quote-unquote "pagan" circles as well.

Well, not entirely. One H+ preacher is reaching into the fundamentalist kitbag of hellfire and damnation, declaring that unbelievers in the Transhumanist gospel are not even humans, they're (we're) zombies.

One of the biggest existential challenges that transhumanists face is that most people don’t believe a word we’re saying, however entertaining they may find us. They think we’re fantasists when in fact we’re talking about a future just over the horizon. Suppose they’re wrong and we are right. What follows? Admittedly, we won’t know this until we inhabit that space ‘just over the horizon’. Nevertheless, it’s not too early to discuss how these naysayers will be regarded, perhaps as a guide to how they should be dealt with now.

So let’s be clear about who these naysayers are. They hold the following views:

1) They believe that they will live no more than 100 years and quite possibly much less.

2) They believe that this limited longevity is not only natural but also desirable, both for themselves and everyone else.

3) They believe that the bigger the change, the more likely the resulting harms will outweigh the benefits.

Now suppose they’re wrong on all three counts. How are we to think about such beings who think this way? Aren’t they the living dead? Indeed.

This is straight out of primitive Christianity ("let the dead bury the dead") which also promised physical resurrection and bodily longevity. But here we go from Jesus to Hitler and Pol Pot:

This much is clear: If you’re a transhumanist, ordinary people are zombies.

So how does one deal with zombies, especially when they are the majority of the population? There are three general options:

3) You enable them to be fully alive.

The decision here is not as straightforward as it might seem because the prima facie easiest option (2) requires that there are no resource implications. But of course, zombies require living humans (i.e. potential transhumans) in order to exist in the manner they do, which in turn makes the zombies dangerous; hence (1) has always proved such an attractive option for dealing with zombies. After all, it is difficult to dedicate the resources needed to secure the transhumanist goal of indefinite longevity, if there are zombies trying to anchor your existential horizons in the present to make their own lives as easy as possible.

All apocalyptic religions want to eliminate the unbelievers in one way or another. Europe is going to relearn that lesson in the days to come. Transhumanist ranks may be small but they may also have access to, oh I don't know, the fucking Plague, access that you or I may not have.

Not a comforting thought.

I may need new glasses but the author of this IEET piece doesn't look like a Nietzschean superman. He doesn't even look like a comic book one. He looks like Heinrich Himmler gone to seed ( a popular look in genocidoscientist circles).

Now there's been a lot of talk about the fraudulence of the peer-review system, about how hardly any of the scientific articles out there are being read, never mind reviewed and tested.

I was struck by that reality when reading this inane bit of piffle about the reliably pifflous Lawrence Krauss, who decries religion for preaching "xenophobia" (oh, how daring).

This video was posted on the IEET website, which as we see preaches the most rancid variety of xenophobia imaginable. Oh, irony.


Theoretical physicist (and IEET contributor) Lawrence Krauss explains his main gripe about organized religion: “It implies things about the real world that are just not true.”

Organized religion tends to promote an “us vs. them” mentality that in turn triggers a dangerous form of xenophobia. When people say religion is responsible for much of history’s wars and suffering, this is what they’re talking about.

And what about the religion of Scientism and "Scientific Socialism"? Do we count the dead done in their name? Maybe some other time, huh?


Krauss then enters an investigation into holy texts such as the Old Testament, which — taken literally — is a “disgusting document” that most people know to treat allegorically.

An issue Krauss sees among some Muslims is that the insistence on treating a text like the Koran 100 percent at face value leads to unnecessary violence.