Stargates and Solar Temples: Return of the Djedi 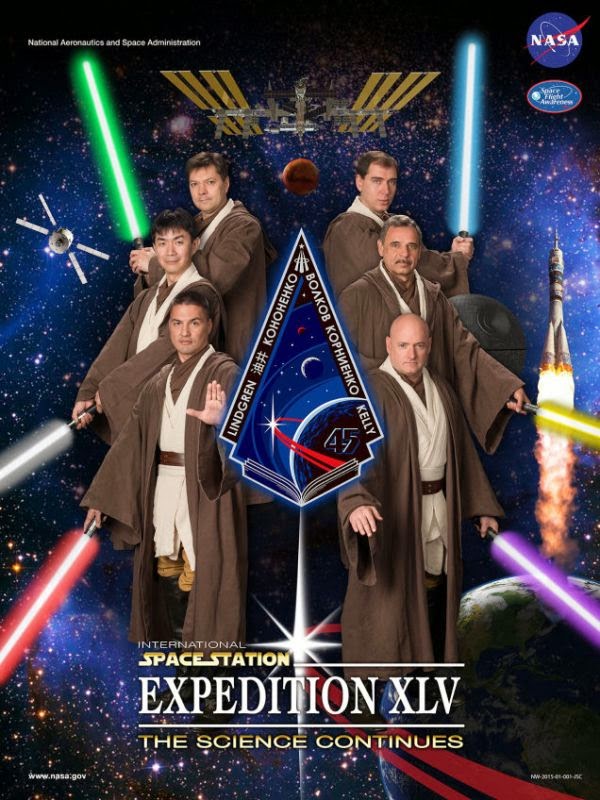 NASA has released a new poster for its 45th ISS mission, featuring the crew dressed as Jedi Knights. This isn't all that unusual; previous missions have used The Matrix, The Right Stuff and of course Star Trek to try to interest a jaded public in the low earth orbit science lab excursions, especially tough now that Christopher Nolan has upped the ante again with his wormhole-surfing epic Interstellar.

But the timing was curious, in that the Jedi project brings us back to the Heaven's Gate/Gate of Heaven axis via the connection to the First Earth Battalion, which was either an attempt to revolutionize modern warfare and the armed forces or a total disinfo psyop, created to discredit, deceive and distract.

Distract from what? Well, from more serious work being done in remote viewing, for one, which those perennial bedfellows, CSICOP and the Religious Right, had joined hands (once again) in opposition to in 1990s.

Jobs in the First Earth are based on capabilities. Sex, age, color, or religious preferences are not considerations. Culture has, however, programmed men and women so that they feel pressure to relate to each other sexually. This sexual protocol can be overcome by a series of extended exercises requiring the absolute interdependence of all participants until a level is trust is developed that supercedes and rises above any kind of sexual relationship. Fortunately love is still the by-product.

The FEB eventually evolved into Project Jedi, which was arguably even stranger than its predecessor. From "The Real Story of the Men Who Stare at Goats" by Danny Penman

Project Jedi was a top-secret military project to create a breed of ‘super-soldier'. If all went according to plan, the Jedi Warriors would revolutionise warfare. They would be fantastically strong and possess superior intelligence, cunning and intuition. They would use psychic remote viewing to spy on the enemy, disable nuclear bombs with telekinesis, and effortlessly kill with the power of thought alone. But not only that, they would have the ability to become invisible at will and to walk through walls.

Strangely enough Project Jedi/First Earth Battalion has a LinkedIn page, offering a live link and a dead one. The page promises videos and tutorials in Jedi training and survivalism.


In recorded history, the Secrets of the Force of the “Jedi” Knights’ were first taught among the Egyptian “Jedi” or Djedi, who may have received them from a much earlier pre-historical “Jedi” Knight order, perhaps one from Atlantis. One Djedi priest mentioned in the Egyptian’s Westcar Papyrus is said to have possessed the key that opened the “secret chambers of the sanctuary of Thoth,” who many esoteric historians believe was a missionary and Master of the Force from Atlantis.

With the esoteric wisdom he discovered, Dhul-Nun al-Misri founded the Al-banna, the Sufi sect of "Freemasons". According to the Sufi Idris Shah, the Al-banna were teachers of the Templars during the years the Knights resided in the Al-Aqsa Mosque on the Temple Mount. Much of the wisdom of alchemy and the Force that resulted from the Templar-Al-banna intercourse was later taken into the continent of Europe by Templars who assimilated it into fledgling Speculative Freemasonry.

Clyde Lewis wrote about the connections between Heaven's Gate and projects linked to the FEB/Jedi axis:


Coincidentally, three members of the Heaven’s Gate “away team” worked for Advanced Development Group, Inc. (ADG), a company that developed computer-based instruction for the U.S. Army. ADG later became ManTech Advanced Development Group; these organizations have connections to the First Earth Battalion, a psy-op group formed within the U.S. military to allegedly handle extraterrestrial affairs such as abductions or contact through telepathy or remote viewing, and to hold simulated extraterrestrial “drills” using holographic technology.

The connections between the beliefs of the Heaven's Gate, the military and the Templars are going to recur several more times, in strange and terrible ways, many more times before we're through with this series.

We've seen that groups like Blackwater see themselves as the new Templars, and we see the revelation of secret societies we had no idea existed before. We have an iron wall of secrecy that's descended over any kind of parapolitical research (even the Snowden revelations were simply confirmations of long-held suspicions) under the aegis of Homeland Security.*

We simply have no idea what is going on behind closed doors- what new sects or cults are taking power. We can only guess by the signals that leak into the media, but even so there's so much noise it's impossible to tell. 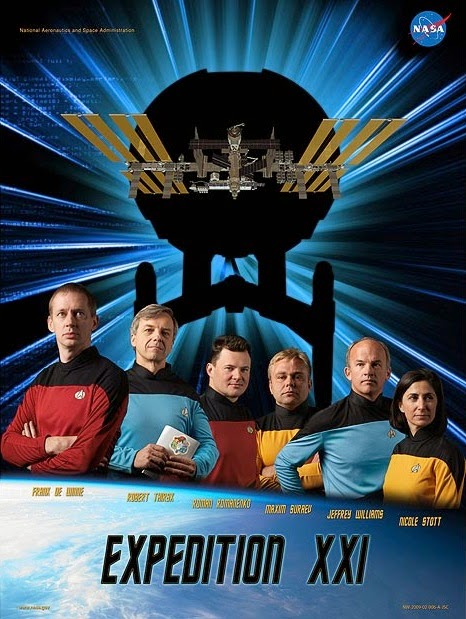 It's interesting to see NASA delve into the iconography of Hollywood in order to capture the fading interest of a distracted public. Both NASA and Hollywood have teamed up to sell the idea of space colonization over the past century (wasn't one of the first motion pictures ever made about a moon shot?), though certainly Hollywood's had a lot better luck than NASA.

And it could be argued that both NASA and Hollywood have sold the public on the idea of UFOs being extraterrestrial spacecraft. Certainly, most laypeople will buy into that idea if pressed, even though UFOs seem to be a permanent fixture of the human condition, going as far back as human beings first began to create graven reflections of their environment.

* Richard Dolan said on a radio interview that what little we know about the government and UFOs was revealed during a very short period when President Carter relaxed the Freedom of Information Act. Reagan locked those doors back up.