Code-Breaking the Craft: It Takes Two What we're looking at isn't about a religion or a fraternity, it's about the entire foundation of all high-initiate ritualism, spanning back thousands -- perhaps even tens of thousands -- of years. Rituals that were mind-crushingly ancient before the world ever even heard of Abraham or Jesus, never mind Albert Pike.

It's also about the purpose of the ritualism we're seeing being carried out on a near-weekly basis these days.

I can't presume to understand how exactly this all works for those performing the workings, though it's a good bet that sex and drugs and maybe even some distant cousin of rock 'n' roll are a big part of it. Most certainly incantations and psalmody. If a religion or cult doesn't incorporate at least one of the three -- or analogs of them -- it probably doesn't work very well.

Here's the thing; I've been tracking this stuff for a long time now, and once I got all that sex-pesty Victorian sun-worship nonsense out of my system, the pieces practically began to fall into place all by themselves. They've been hiding in plain sight forever, it's just that we all kind of got sidetracked by shiny baubles of half-truth.

Don't get me wrong, I loved Dorothy Murdock (AKA Archarya S), both as a friend and a researcher, but her monomaniacal fixation on the nonsense a bunch of laudanum-addicted toffs wrote before the dawn of serious archaeology just led us all to the total and complete dead-end of Zeitgeist-ism.

(Note to researchers: when Bill Maher starts pimping your work, that's a sign you need to rethink your approach).

So this is not "Astrotheology," as it's commonly understood. I'm not trying to tear down religion with facile and/or inaccurate analogies. I'm trying to pull back the curtains and show you the very strange wizards pulling the levers on it and pretty much everything else.

You see, at this point in my life, I really don't believe the world is run by science and technology. That's just the plumbing. The world is run by sorcery and sorcerers. And for reasons I freely admit I've yet to fully understand, the Stars are their destination. The starry wisdom ebbs and flows and adapts to the culture at large, but the essence of it seems to remain unchanged.

I'd imagine creepy ol' Howie had a tighter grasp on what's really going on than a lot of folks, so if you have a few minutes to spare, give "The Haunter of the Dark" a read (or a re-read).

The man was a head-case to be sure, but show me a prophet that wasn't.

Oh, by the way: "Haunter of the Dark" was the last story McLovincraft ever wrote. He'd soon contract the cancer that killed him two years later. 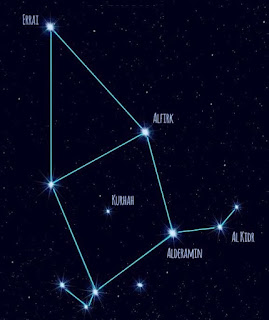 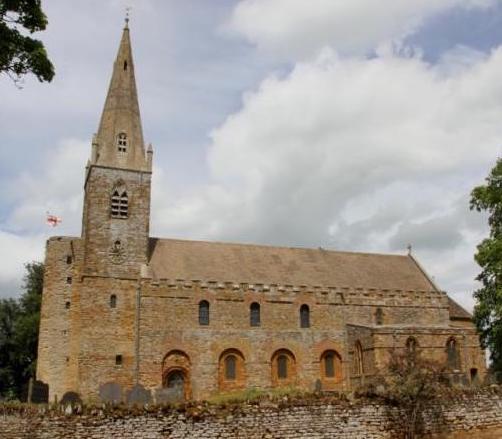 So, seeing how central Cepheus is to our story, we've seen that the Gardener is what's being symbolized by the church steeple. Architectural symbolism in churches and cathedrals can get pretty baroque, but this seems to be universal.
How many church people-- or Freemies, for that matter-- understand what they're really looking at? I sure as hell didn't until a few days ago. 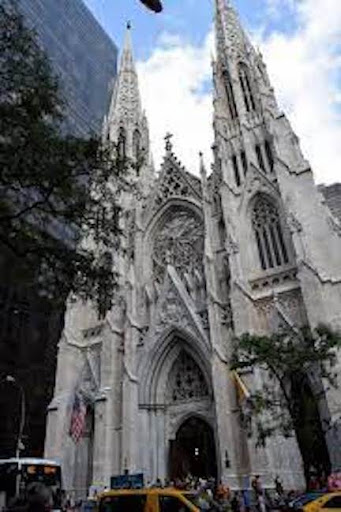 With that in mind, what do we make of the common use of twin steeples? Are there two Cepheuses (Cepheii?) being revered here?
Come join us at the Secret Sun Institute of Advanced Synchromysticism to find out...
at June 13, 2021