The Never-Ending Ritual: The Sky's Gone Out 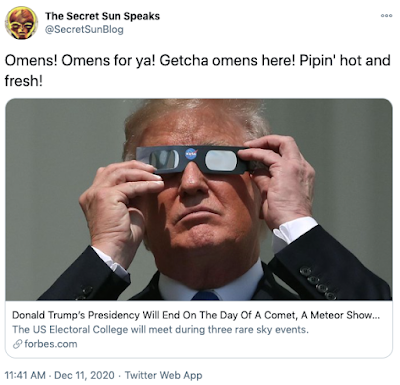 Buckle up, brothers and sisters. It's going to be a very, very busy week leading up to the Great Royal Planetary Summit a week from today. I've already got way too much material in the queue, so we'll have to take this one step at a time. 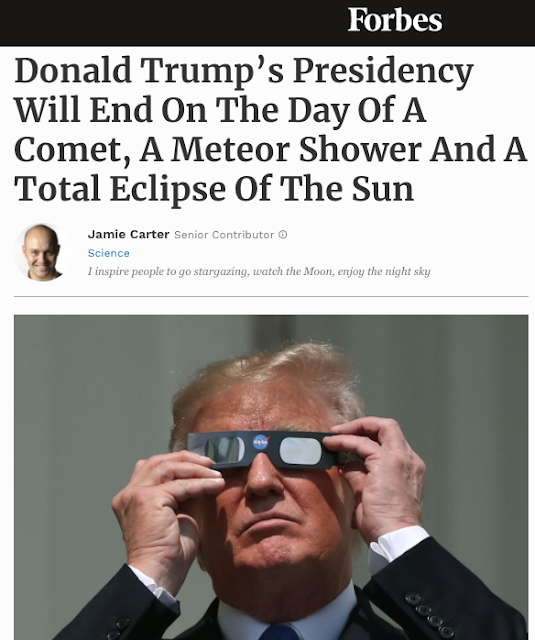 So, with the umpteenth season of The Apprentice: White House all wrapped up, the rituals can go forward unimpeded by those troublesome serfs waving their pitchforks in the air like the Cryptocrats just don't care:

It will be no ordinary Monday. In the early hours of December 14, 2020 the year’s biggest and most impressive meteor shower will strike—the Geminids. A few hours later a darkness will come to the day as a rare total eclipse of the Sun occurs.

Observers in the path of totality in South America are hoping for a glimpse of the Sun’s corona, but they’ll also be looking for green flashes of Geminids meteors in the twilight, and possibly also a comet close to the spectacle.
“It’s also a day we will see Joe Biden officially confirmed as President of the United States,” said Jay Pasachoff, Professor of Astronomy at Williams College, Massachusetts, who’s witnessed 35 total solar eclipses and 72 solar eclipses of all types. “Maybe it takes a total eclipse of the Sun to make that official.” 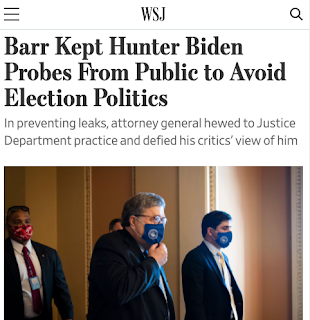 And alas, no white hats on the horizon coming to save the day. It turns out that Cryptocracy does what it always has and always will do: take care of their own. No one was ever going to Guantanamo, be put in leg irons or any such humbug and ballyhoo.
As Frank Zappa once said, Politics is the entertainment wing of the Military-Industrial Complex. As George Carlin, it's all one big club, and we ain't in it. 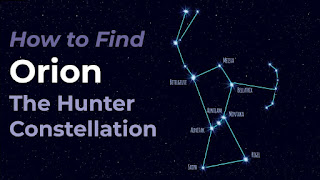 I've yet to parse the exact liturgy of the Hunter ritual, but the desired outcome is crystal clear: Grandpa Dribblecup will be the most completely-controlled Puppet-Presider over the National Augury the Republic has ever seen. And I'm OK with that. Let's stop pretending we don't live in a military-intelligence dictatorship. It's the acceptance stage of the death of the nation. 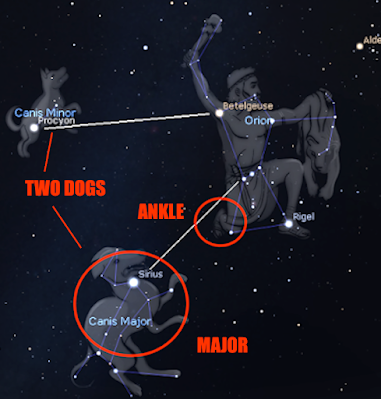 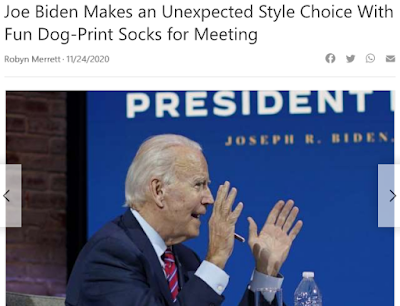 I mean, it's a lot more entertaining to see these old grifters and gangsters stripped of their dignity and pretense, don't you think? Lose the illusions. We're all addicted to them in one way or other, and the first step to breaking those mind-irons is admit they exist. 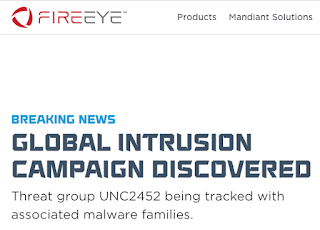 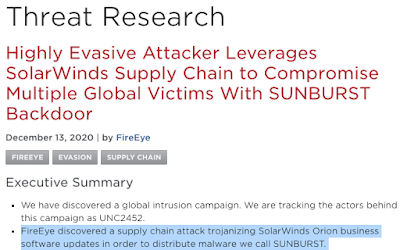 And just to add to the wacky fun, "SolarWinds Orion" was allegedly compromised by the "SUNBURST" backdoor. I have not the first fucking clue what this is all allegedly supposed to mean, but I do have an inkling or two about elite space rituals. 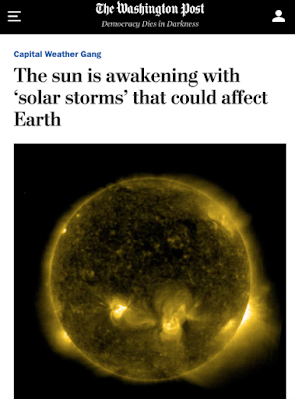 This all follows on the big solar storms last week that were supposed to create some auroras borealis over the northern US. Me and Linda walked around in the bitter cold for quite some time looking for signs of it, but apparently it fizzled out. 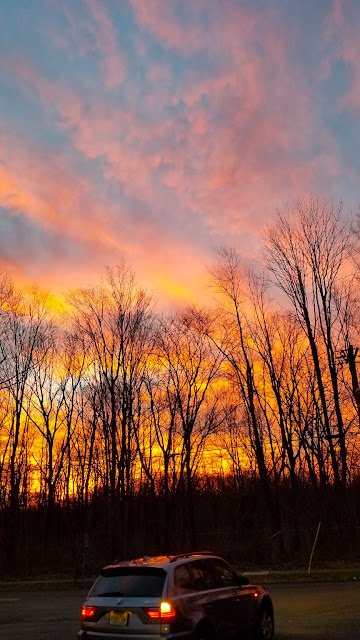 But it's OK, because the Sun gave us a mind-melting 360º fireworks display yesterday afternoon, the likes of which I've never seen in my half-century+ on this rock. The entire sky was on fire, no matter which direction you looked. It was both gorgeous and portentous, as the best works of art always are. 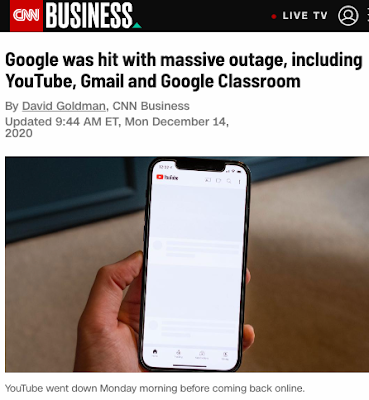 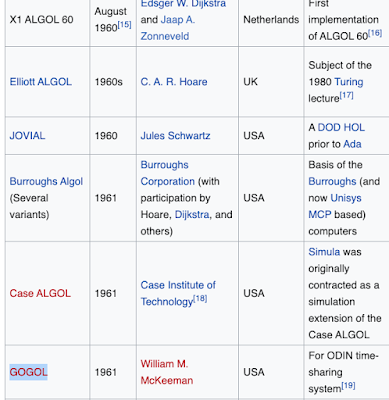 Google went down this morning, concurrent with this whole SunWhateverOrion shenaniganery. So you already can guess my take on it.

If not, this is probably a good time to inform you fine folks that Google is more accurately spelled GOGOL, one of the many versions of ALGOL, the original ALGOL-rithm software. 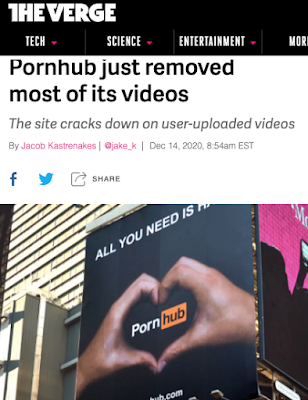 Anyway, now that the fake election is over and the Presidente Al Z. Heimer is to be installed in his Oval Orifice La-Z-Boy, how will the Cryptocracy be rewarding all the corporate-media blue-checks who threw a four-year hissy-fit on their behalf? 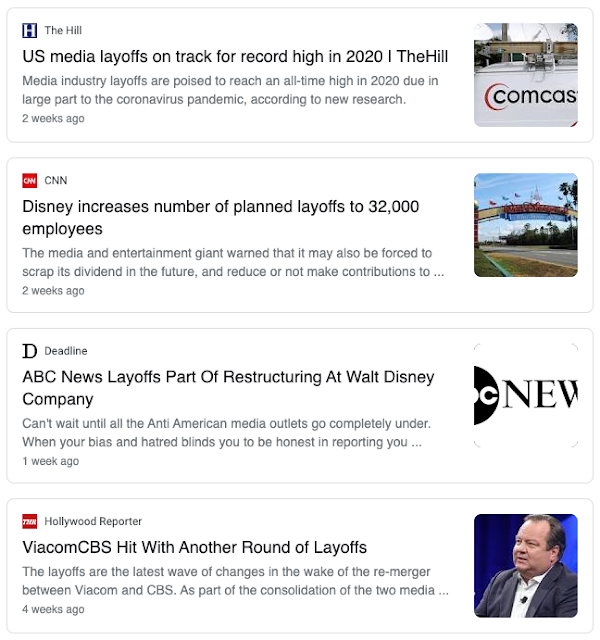 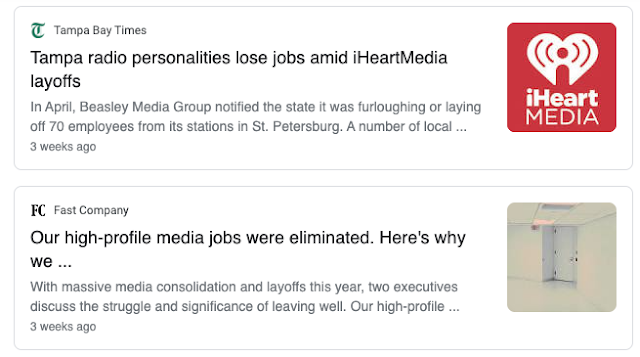 Well, it looks like the new/old ruling junta will be rewarding their simps and shills in the time-tested and traditional manner -- with a knife straight to the neck.

They call them "useful idiots" because they never learn the lessons of History.

Seriously, I'm loving this shit. It's my finely-tuned sense of the perverse. Plus, I am secure in the knowledge that this is in fact the end of an Age and not the beginning of one. I also kind of get the feeling these are all desperation tactics to stave off the dawn of that new aeon. It won't work, and they certainly won't go down without the mother of all struggles, but that's the way of the world.

Finally, a lot of folks asked me about the Vatican's (literally "the Divining Serpent" in the original Latin) latest bit of gaslighting. That's a topic all its own, but I spotted the intent straight off... 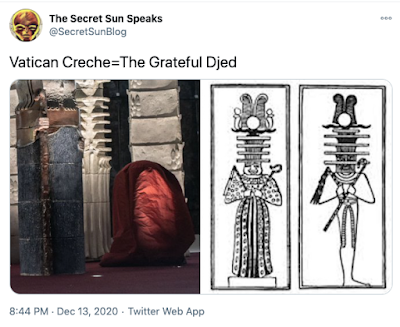 It's the old Djed pillar routine, to go along with what seems to be the ascendancy of a Tsoukolosian heresy in the Court of Saint Peter. We'll talk more about that soon.

Meanwhile, go have a look at the new Den of Intrigue and enjoy some old-man music.