This is What the Secret Sun Trained You For 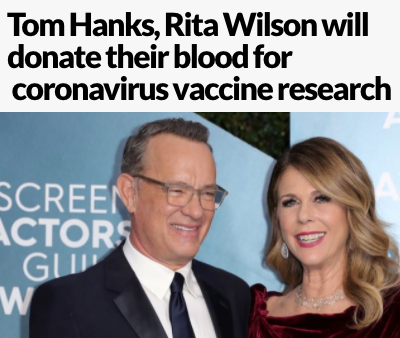 After the 2016 Elections, Henry "Roids" Rollins was widely quoted as telling all his fan that, "This is what Joe Strummer trained you for."

I won't go into how Joe Strummer was a millionaire former public schoolboy and son of a bonafide MI6 spy. Or how Rollins has finally become everything he once said he was violently opposed to, because that's just the way of the world.

I will however point out that the official power couple of Coronapalooza is Twin Hanks and Pearly Dewdropita Wilson. Because this is what The Secret Sun trained you for. 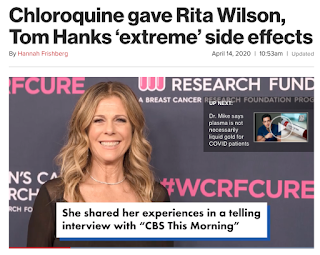 I don't know what to make of stories that Twin and Pearlita were given hydroxychloroquine ("the scales of the green water dragon"). It doesn't quite ring true for me. Or you, for that matter.

Having an unhappy childhood history with constant hospitalizations for serious respiratory illness, they don't strike me as having a too tough a go at it. But money changes everything, as you may well know. 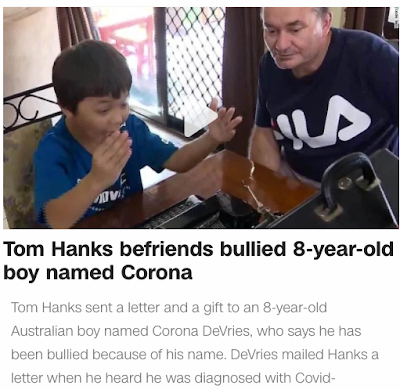 Despite some irresponsible speculation from some quarters, Twin and Pearlita don't seem to be rotting in Guantanamo to me. In fact, they seem to be quite enjoying their coronation as the Prom King and Queen of this whole entire hootenanny.

Twin even reached out to a boy reportedly named Corona who reportedly wrote the Garland King a letter, complaining he was bullied for his unusual first name. 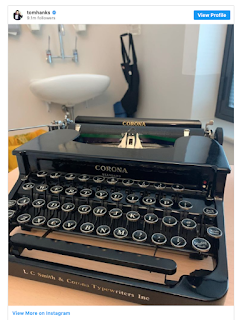 Twin wrote an inspiring response to the unfortunate lad then gifted young Corona with the thing we all know every eight-year boy yearns for, an antique typewriter.

What a mensch Twim is!

This well-publicized act of kindness inspired some hilarious snark in various comments sections.

That was my favorite. 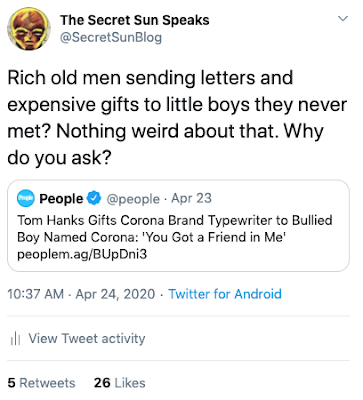 The whole thing struck me a bit odd, though. Maybe it's on account of growing up in Braintree, where you saw quite a bit of this (including quite openly in my middle school) before most parents wised the motherfuck up.

Now, let me be absolutely clear: I have no reason to suspect any untoward behavior on Twin Hanks' part.

I'm aware of some of the speculation on the man and the very odd signaling he broadcasts from his social media, but I think it's usually best to refrain from accusations of any misbehavior without tangible evidence. Some people just have warped senses of humor.

Why do I say such a thing, you ask?

Did I mention I grew up in Braintree, Massachusetts?

See, the thing is that it's well known that certain individuals with unwholesome appetites often target bullied or marginalized children.

They have been known to offer emotional support and comfort to such unfortunates.

They often like to ply their targets with gifts, very often expensive gifts.

Now, again-- I'm not making any accusations or suggesting any inappropriate intentions on Twim's part. I just feel a bit uncomfortable with how all this might be seen by some disturbed individuals, particularly in these strange times. 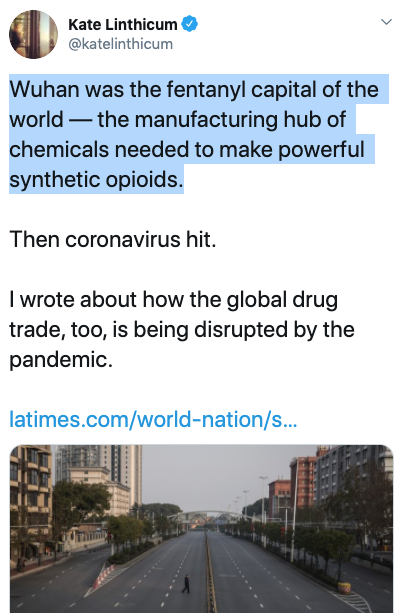 Well, well, well- I don't know what all this means, but it means something.

Seems like an awfully big coincidence that one of the primary tools the CCP and Mr. Global have been using to --at best-- incapacitate the working classes in America (and subsequently make it more palatable to move their jobs to prison labor camps in China) is manufactured in Wuhan, where this viral contagion reportedly first became a crisis.

There've been a bit too many weird coincidences with all this for my comfort. 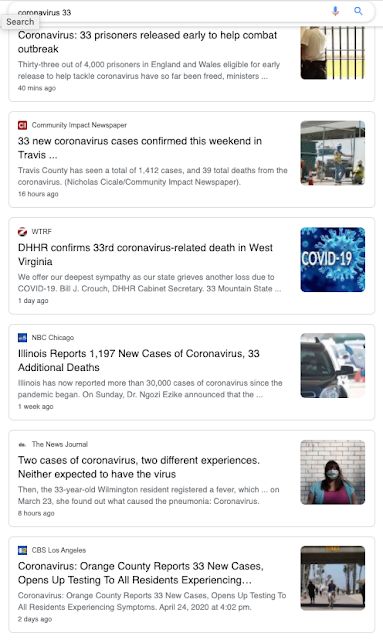 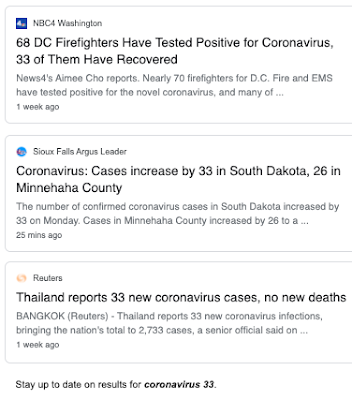 Like all the 33s, which longtime Secret Sun readers would be well-trained to spot.

This appearance of our old friend 17 here seems to be rather interesting as well. 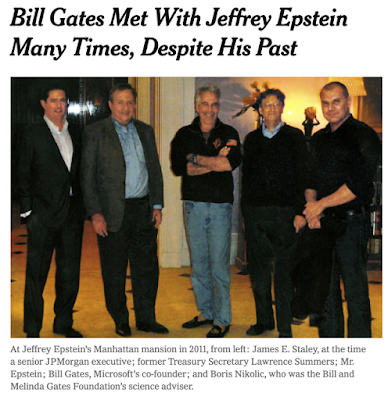 For reasons that should be abundantly clear to everyone by now.

Do note that we not only see aspiring World Emperor Bill(ions Must Die) Gates in this photo, we also see former Harvard chancellor Larry Summers, who's now signed to Joe Biden's Presidential campaign as economic adviser.

That reminds me of that great John Poindexter quote, that there really aren't a lot of players in the upper ranks of the spook community. Which is why we keep seeing the same ugly mugs, over and over and over again.

Think on that, my friends. Think hard on that. 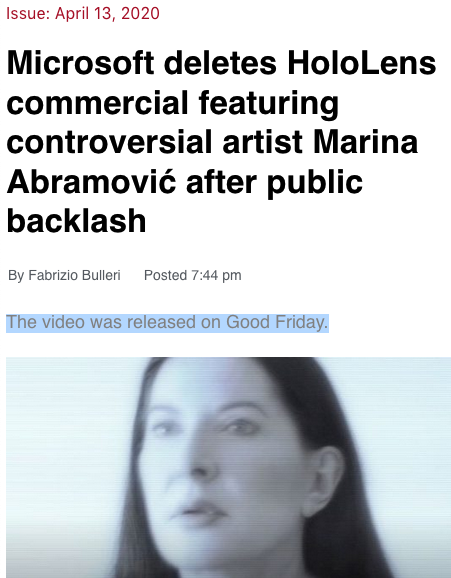 And remember that one of Gates' last acts as Microsoft CEO was to recruit Mysterina Abramalon to be the new spokesdemon for their surefire failure VR campaign. As you remember, they ended up killing the ad after a massive backlash.

Do note that they launched all this devilry on Good Friday. You think that wasn't making a definitive statement?