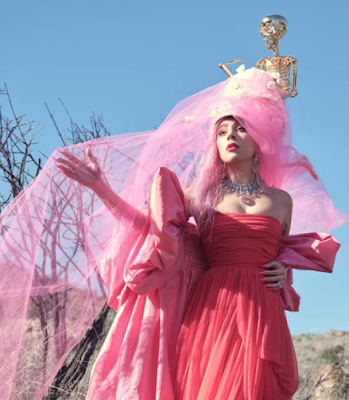 2017: "I am the craziest, most unhinged year ever.  Nothing will ever top me when it comes to sheer, balls-out semiotic insanity." 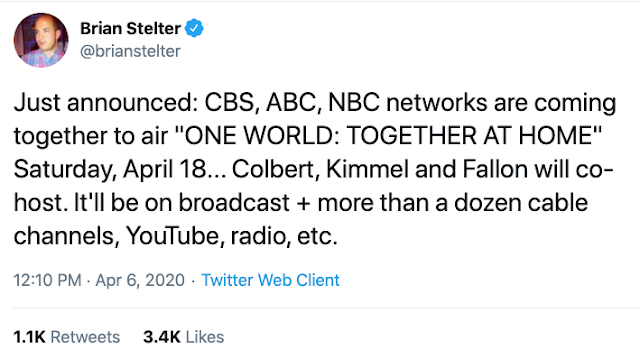 With a major False Prophet cosplayer making the rounds (we'll get to him soon), the mystifyingly-pointless outfit 'Global Citizen' is waving the universal corporate dictatorship flag in the air like they just don't care. They're also signing up a whole host of soon-to-not-be-celebrities-anymore for a One World-whatever-the-fuck-no-one-cares.

You already know this surefire-flop is going to be a Category 9 cringe-tsunami of a kind the world hasn't suffered since the last U2 concert. 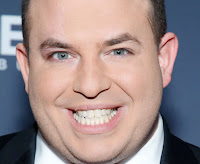 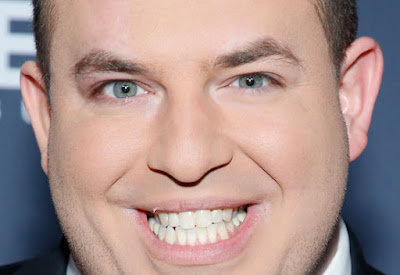 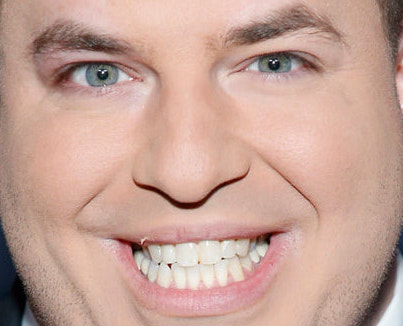 ...my certainty that Satan has not yet unleashed his most horrific demon-beasts from the deepest, damndest sewers of Perdition is always challenged when confronted with the hideous, Lovecraftian visage of this entity. 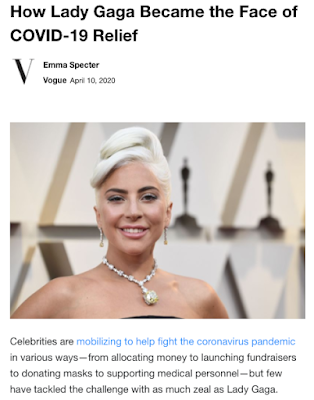 You can't really hold an ApocaLARPse without a Mother of Abominations cosplayer, and as you'd expect, the competition is fierce. There are so many Harlots getting drunk on the blood of the saints every damn day out there, that one really has to outdo oneself to grab the Bloody Corona. 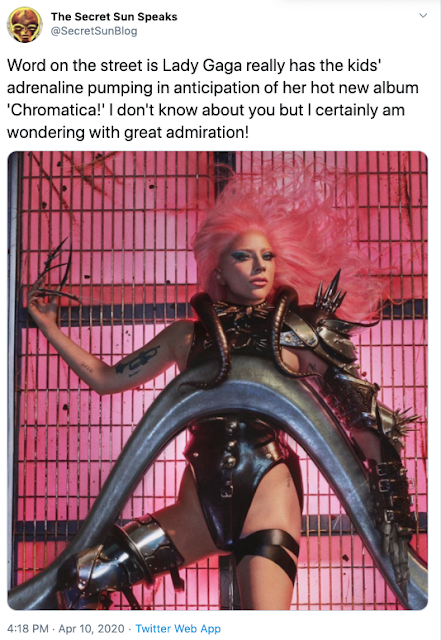 Don't bet on this yet, but so far the favorite is none other than our old pal Lady Gorgon.

After experimenting as presenting herself as an actual musician, Gorgon has suddenly wound the clock back to 2010 and resumed raiding Dale Bozzio's bathroom cabinet and GWAR's storage unit for photo shoots promoting her new album Chromatica.

Of course, Gorgon is getting a bit long in the tooth in pop star years and has hitched her wagon in the past to some other causes that haven't aged very well.


... who's currently oblivious to a former aide's rape accusation. He's oblivious to pretty much everything these days, mind you, so don't judge him too harshly.

I have no opinion on those allegations since I'm trying my best to ignore this farce of an election cycle, but you don't need to look very hard to see how creepy, handsy, sniffy and just plain molesty former Vice President C.Nile truly is. 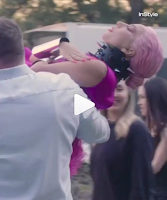 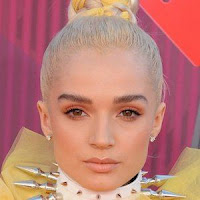 Gorgon is no longer the trailblazing ripoff artist she once was, though. Pop has moved on, and she's not only ripping off GWAR and Missing Persons, she's been reduced to stealing from make-believe pop star Poppy, with the death metal chokers and all. 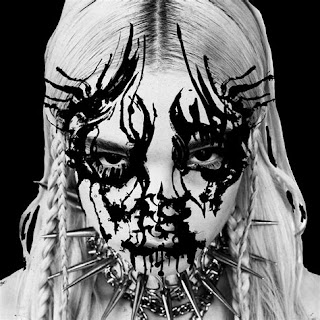 Poppy's evolution from surreal, retro-futurist YouTube naif to pseudo-industrial temptress has certainly garnered her more attention, but probably not enough to win her the Mystery Babylon sweepstakes.

A long shot, at best.

Billie Eilish has been flirting with similar dark imagery, which doesn't quite suit the opioid-addicted-bedroom-shut-in kind of image she likes to project for her troubled young fans to emulate.

Billie's also performing for the One World whatever-the-fuck. I wonder if she'll allegedly cosplay as an alleged pill-head allegedly OD'ing on an alleged codeine-Xanax cocktail. That would would be my suggestion, allegedly, going with the whole alleged vibe in her alleged music videos and what-not. 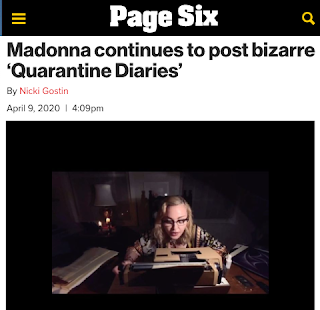 It's really sad, especially for us aging GenXers. All of our idols are either dead or disgraced. 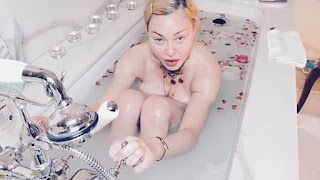 We were recently subjected to treated with this little eyeball-trauma, of a plastic surgery-victimized Madge sitting in a bathtub filled with rose petals, telling us how we're all equal in the face of the Big CV.

This went down like a floater in the kiddie pool so she quickly regrouped and declared her allegiance to Bill(ions Must Die) Gates. 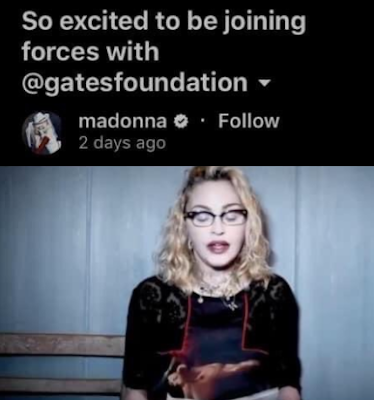 Some have speculated that's a crucified demon on her top there. I can't really tell from the pictures but I wouldn't be surprised if it were actually our old friend Jupiter Amun, the Horned and Hidden God of Kings.

Some have speculated there's some predictive programming afoot in this video. That certainly may be so, but I'm more interested in how a person with so little musical talent could become such a superstar.

Oh right; the Fall of Man. I forgot. 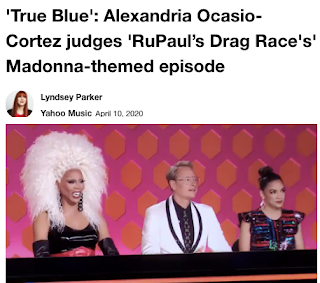 Either way, Madge the Vadge will always have her peeps as long as there are drag queen story-hours and aging gay men with loads of disposable income. 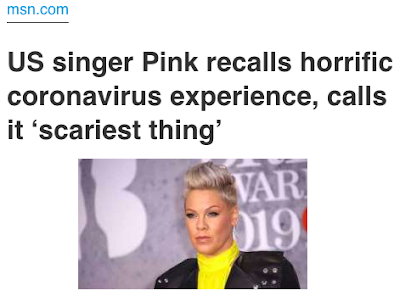 Pink doesn't seem to be interested in the Scarlet Woman role, having just had a scare with their young son and the Big CV. Our sympathies, for real. Nothing scarier than having a seriously ill child, believe it. 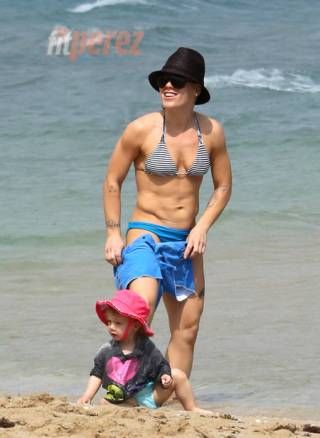 However, I don't know if this is the child who got ill or the daughter Pink is raising to be "gender-neutral," a blissful state that Pink seems to have reached themselves.

UPDATE: Talk about timing. Microsoft hires Marina A to pimp their surefire flop VR gear. Note bust of Caligula in video. That's a statement, kids.
Of course, you can never rule out ol' Reenie when it comes to Bejeweled Cups of Abominations, Adulteries and Filth. She certainly seems to have gotten drunk quite a few times on the Blood of Saints, hasn't she? And on camera no less.

That one gets my pick for the dark horse heavy favorite in the running.