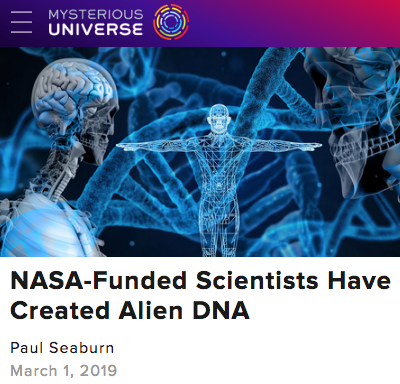 OK, lots going on as per usual, lots to get to.

We've been speculating over all this CRISPR business and other genetic shenanigans and now there's this headline, that some NASA contractor allegedly conjured up "alien" DNA by creating four new nucleotides.

The standard caveats apply-- we're dealing with institutions not exactly renowned for their honesty and fake science news has been an epidemic hot zone for some years now.

Even so, all of this resonates on a synchronistic level, seeing as we've been keeping close tabs on genetic engineering and CRISPR and all the rest of it for a while now.

And given that the blog is more X-centric than usual as of late, this also ties directly into my swivel-eyed fan theory that Mulder and Scully were not paranormal investigators but in fact are mind-controlled assassins cleaning up the Breakaways' messes while simultaneously acting as subjects for a large-scale eugenics program, the latter of which was certainly explicitly spelled out in the final season of the series.

In that light, let's touch on the predictive, programmable nature of this series, with the scorching first-season finale "The Erlenmeyer Flask," in which these themes are first laid out: 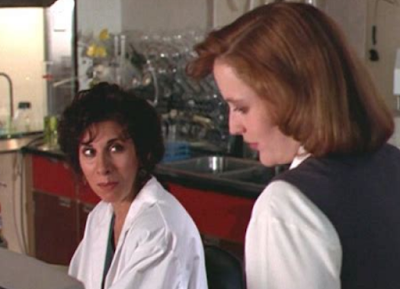 CARPENTER: I've done some work. These are the DNA sequences from the bacteria sample you brought in. You seem to know something about molecular biology. Do you know what you're looking at?

SCULLY: Yeah, I think those are genes.

CARPENTER: Right. They're called base pairs. Each pair is made up of something called a nucleotide. Only four nucleotides exist in DNA. Four. And through some miracle of design that we have yet to fathom, every living thing is created out of these four basic building blocks. What you're looking at is a sequence of genes from the bacteria sample. Normally, we'd find no gaps in the sequence. But with these bacteria, we do.

SCULLY: Why is that?

CARPENTER: I don't know why. But I tell you, under any other circumstances, my first call would have been to the government.

SCULLY: What exactly did you find?

CARPENTER: A fifth and sixth DNA nucleotide. A new base pair. Agent Scully, what are you looking at... it exists nowhere in nature. IT would have to be, by definition... extraterrestrial. 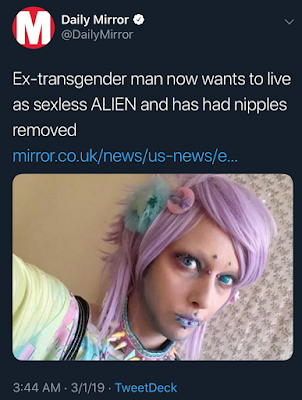 Coincidentally, we have this headline pop up today, which some readers have brought to my attention. I thought for a moment it was that other plastic-surgery addict (I'd look it up but you probably know who I mean) but it looks as if there's another self-mutilating alien wannabe.

I'm sure there are plenty more on the way and soon this kind of thing won't even warrant a retweet. 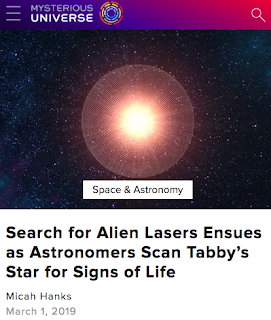 This must be the day for it because there's also this story, pointing us back in the general vicinity of Lyra and the Vegas and holy-shit-these-people-are-obsessed.

My guess is there's some kind of ritual component to all of this, but I'm never copied on their reminders so don't take my word on it.
SECRET SUN SPECIAL ANNOUNCEMENT 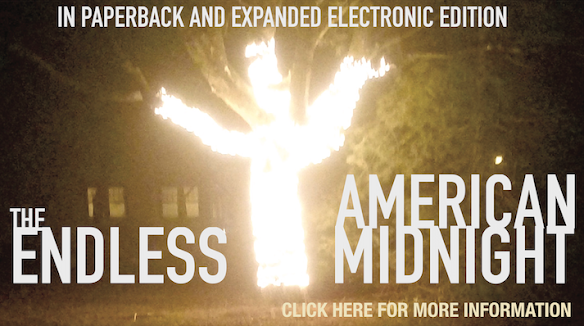 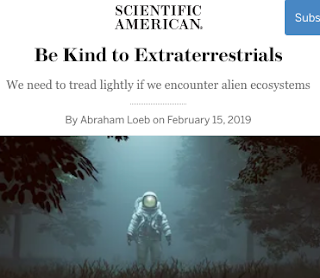 One conspiracy blogger's take on this piece was that Loeb-- the scientist making headlines lately for claiming 'Oumuamua is unambiguous extraterrestrial tech-- was arguing that ET will inspire us all to become barefoot flower children and tree-huggers.

That may or may not be so, but damn if it didn't remind me of an old comic story that make quite an impression on me back in the day... 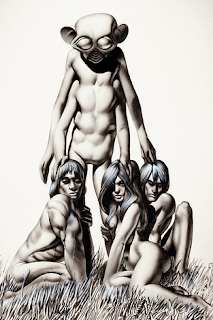 The story, written and drawn by the great Richard "Gore" Corben (best known as the creator of Den in the Heavy Metal animated movie) was entitled "Twilight of the Dogs" (Fantagor #1) and dealt with a small band of human holdouts who resisted the alien colonization of Earth and were now foraging for food when they came upon an invader's estate. 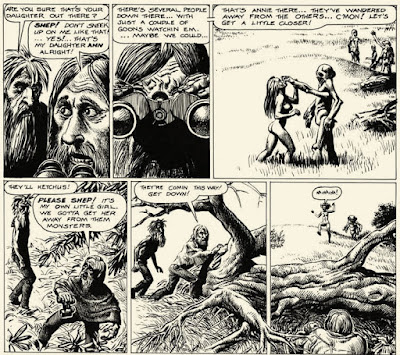 One of the old rebels spies his daughter living as a pet to an alien invader, the latter of whom keeps a gaggle of prime human specimens (all naked, fit and well-endowed, of course, since this is a Gore story) for his idlyllic rural retreat.

It's an astonishing story-- worth looking for.

More recently, Gore has done a number of Hellboy stories for Mike Mignola. For my money he's the only artist besides Mignola himself who can do the character justice.


Not doing the character justice as per usual is Hollywood. The latest Hellboy trailer dropped and proved that like Mignola's work, like that of his hero H.P. Lovecraft, is essentially unfilmable.

Stick to the comics, folks.


Alex Jones made a big splash this week with his bravura performance on the Joe Rogan podcast.

Jones really let rip with some of his more bugfuck theories on aliens and technology and DMT (y'know, the theories that make David Icke seem moderate) and apparently smashed streaming records for Rogan.

I couldn't get a read on it; was Jones doing an "harmless eccentric" act for benefit of the jury in his SH trial or is all this the way he really looks at the world, as our Gordon has speculated?

Cast your vote in the comments.

Some folks have speculated that Jones is a clandestine Secret-Sunner, noting that he actually says "it never ends" in this clip. That may or may not be so, but I really wish someone would gift the man a box of Sucrets. 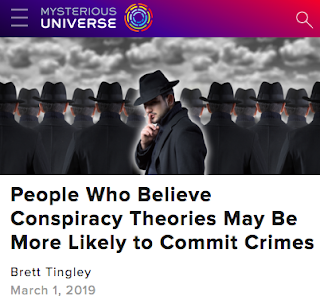 It may or may not be coincidence, but this story on a study from The British Journal of Social Psychology also made a splash this past week.

Of course, this is all part of the establishment's war on (the wrong kind of) conspiracy theorists but given that it's a proven and widely-acknowledged fact that social psychologists are objectively the most shameless pathological liars and proven fraudsters in all the sciences, the odds are even that it's not actually true.

So don't get excited. 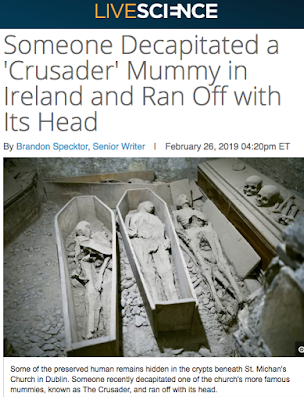 Weirdness abounds as ever. This past week someone decapitated the corpse of an Irish Crusader and ran off with the head. 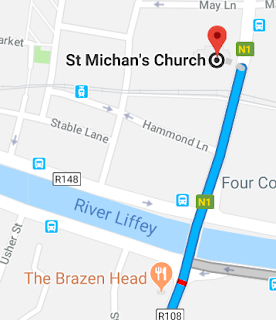 Quite Brazen, wouldn't you say? 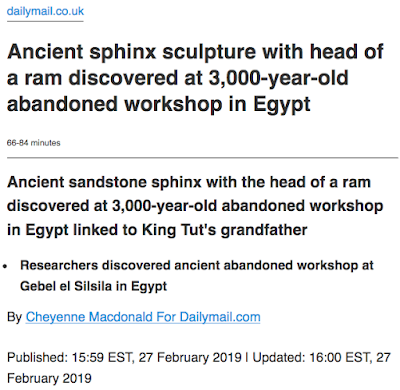 From the Jupiter Ammon desk there's another head in the news this week, this time from sands of old Egypt.

Is there a ritual component to this discovery? You tell me. 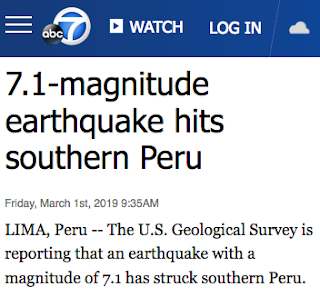 From the Earth Changes desk comes this report of a major earthquake in the Lake Titicaca region. Strong Synchromystic vibes here that I can't quite put my finger on yet. I'm fielding all theories. 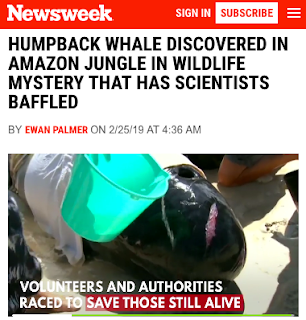 Especially in light of this strange story from the Amazon Basin in Brazil.

I've done a lot of research on cetacean beachings since the subject has hit close to home on more than one occasion, but this one has me stumped. 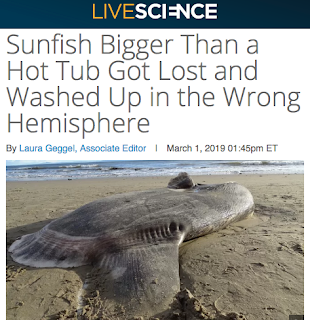 We discussed sunfish back in the Cthulhu's Stepchildren series but this story caught my eye in light of the whale beaching event.

Given the appearance of oarfish earlier this month in Japan you do have to wonder if there isn't something major brewing beneath the waves in the Ring of Fire. Let's all hope not, for real. In fact, I'd say prayers are warranted if you roll like that. 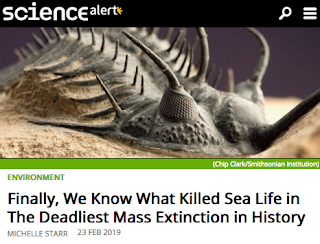 Fucking Flintstones and their SUVs and air conditioners, am I right? 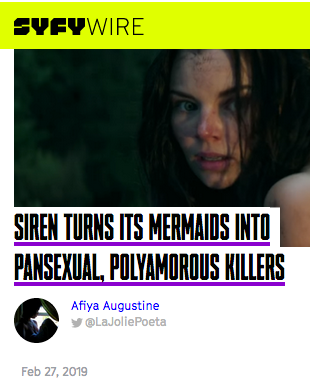 I'm not sure why this is news, given that "pansexual, polyamorous killers" describes every single, solitary character in pop culture these days. Or at least the protagonists.

All the mer-murder and pan-sex takes place in the fictional town of Bristol Cove, a fact I'd like you all to bear in mind. Or at least all ten of you who don't skip over the truly important bits in my posts... 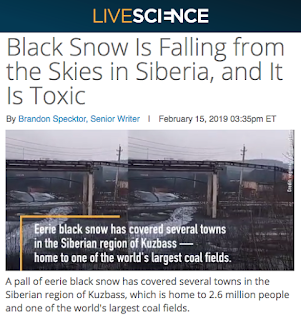 So, we talked about the Black Oil recently and I've been researching the "black goo," which seems as ubiquitous in pop culture as pansexual, polyamorous killers these days.

Still and all this was rather interesting in light of, y'know, the prophetess granted by the Heavenly Host unto our undeserving realm that some of you still can't bring yourselves to give yourselves over to. 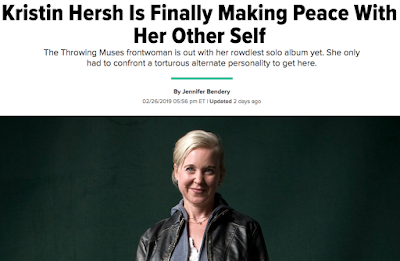 Weirdly enough, Kristin Hersh of Throwing Muses (former labelmates and erstwhile opening act for Our Lady and Her Unmercenary Musicians) recently made the news for revealing her experience with dissociative-identity disorder and/or demonic possession.

It's a gripping story: 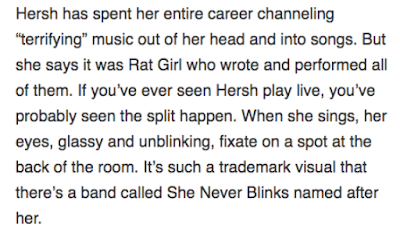 In case you're not familiar with Throwing Muses, their music has been featured in American Horror Story (back when it was good), The Perks of Being a Wallflower (alongside Our Lady's sublime prophecy of ruby stars and ruddy cups) and, wouldn't you just know it, Dollhouse. 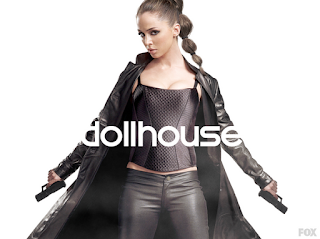 Never seen Dollhouse? Don't worry, not many people have. Here's the TL;DW for you:

A futuristic laboratory has erased the identities of lost young people, and now imprints them with the temporary identities they need to fulfill assignments for clients.

Dollhouse star Eliza Dushku was in the news for another yet not entirely unrelated reason recently:


Eliza Dushku says she was sexually molested at age 12 by a stunt coordinator during production of the 1994 film True Lies.

In a post on her Facebook account on 13 January, the actor also alleged that Joel Kramer, then 36, caused her to be injured on the set as payback for disclosing the alleged misconduct to a friend. Kramer denied the accusations in trade publication interviews.

Dushku alleges that Kramer lured her to his hotel room, put her on a bed and approached her naked except for a “flimsy” towel and rubbed his body over hers.

She confided to an adult female friend, who then allegedly confronted Kramer on the set. Dushku said that she then broke ribs in a stunt that went awry, calling it “no small coincidence”. She said Kramer “was responsible for my safety” on the film. 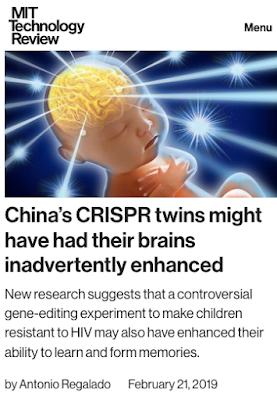 Hmm, how not-surprising. Maybe they just "inadvertently enhanced" the doll's identities, as with the CRISPR Twins. Speaking of Twins... 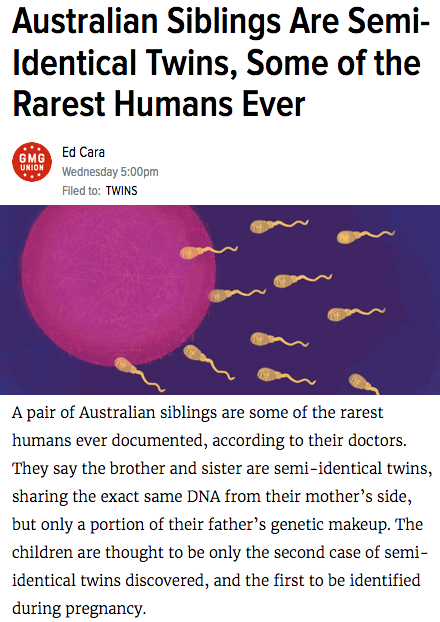 Lots of interesting going-on with Twins and DNA lately, no? Huh. Kind of reminds of the work that Joseph Me...never mind. 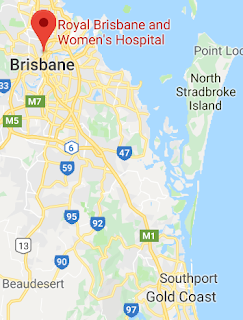 If you're on your yearly "Stations of the Jeff" pilgrimage and want to visit where these Twins were born, here are your driving directions.

Incidentally, the shiteous Netflix mermaid series Tidelands is filmed around this area as well. 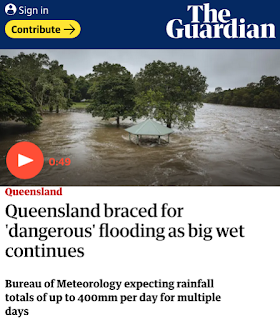 Just be careful, Queensland has been having some weather issues lately. I don't want you all to feel the deep quite yet. It's not love in that flood. 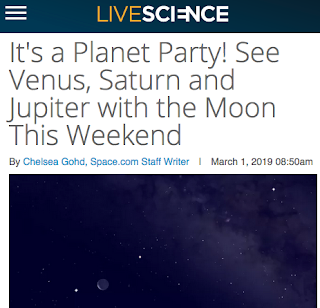 And if you elect to stay home instead, don't forget to watch the skies for the big Syzygy this weekend.