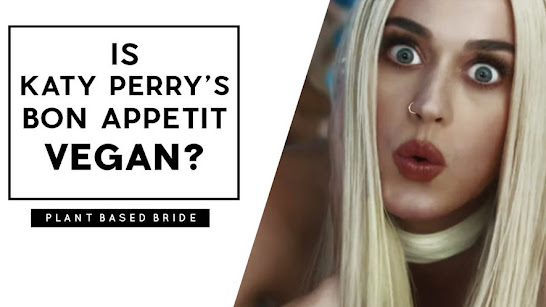 So I wasn't hallucinating; just as with the new Justin Timberlake video, the rest of the world seems to share my opinions of the Grammys; it was the lowest-rated broadcast for the show ever.

I know it's hard to believe but ordinary folks really don't enjoy having pampered aristocrats and multimillionaire hedonists tell them how horrible they all are for three hours. I know, I know, it's awful. I blame Russia. 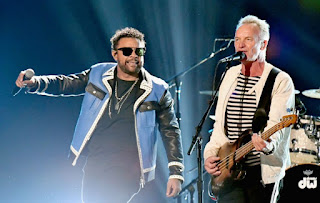 But I was remiss in not mentioning two more gag-reflex inducing performances, both by Bond-villain arch-globalists. In this case, U2 and Sting.

Sting looks hale and ruddy but served up the absolute lamest pop-reggae the world has ever heard since, well, since whenever Sting performed or recorded last.

Worse, it was 31 year-old lamest-pop-reggae-ever.


Oddly, Sting was joined by a "Shaggy" who I'm pretty sure isn't the Shaggy from Scooby Doo, Where Are You? Maybe there's another reboot.

And it's funny, I used to wonder why the hell 1940s fossils like Mel Torme and Rosemary Clooney were still croaking away on shows like the Grammys when I was a kid. Now my own kids can wonder the same thing. Especially since this Grammys featured the 91 year-old Tony Bennett. 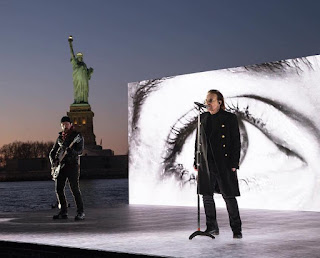 U2 did their legendary impersonation of a bunch of half-in-the-bag exurban dads "getting the old band back together" for someone's daughter's second wedding, held in a fenced-in backyard after a heavy rain.

And instead of playing any songs anyone wanted to hear, the dads did a set of their old originals, which kind of sounded like 80s U2 would sound if played by someone who never actually heard any U2 records.

The bride would later get smashed and scream, "this is the worst fucking day of my entire life!" at the horrified guests, who were all swatting away mosquitos by that point anyway. 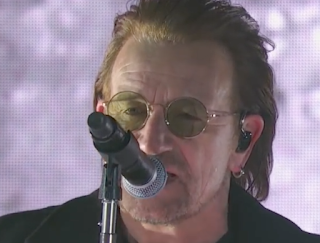 In this case, actual U2 all looked and sounded extraordinarily tired and haggard and seemed to be regretting this stupid idea of playing out there in the freezing-fucking-cold-what-the-hell-were-they-thinking-of-anyway. And just because Bono was desperate to top the legendary cringe-monsoon that was U2's set at the Astor Place K-Mart while promoting 1997s Pop, he pulled out a star-spangled bullhorn and started yelling out two-week-old DNC talking points.

You could just feel everyone in the audience being seized by a Category-9 cringe-attack.

Douches were chilled.
GOOD NEWS, FOR ONCE 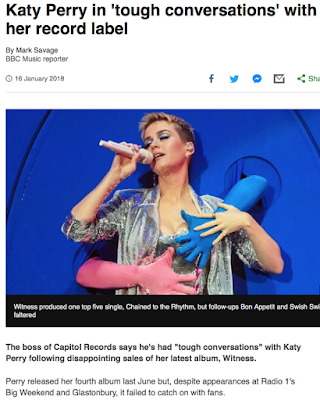 In another hopeful sign that we may yet avert the onrushing Apocalypse, it so happens that Katy WilliamRefrigeratorPerry's new album tanked.

Not only that, but her label head made it a point to tell the press how badly it tanked and how things were going to change around here, young lady. 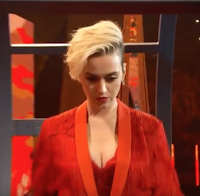 Let's start with this weird Single White Female routine you pulled on Miley Cyrus, OK? I mean, what the fuck were you thinking about? Jesus, her career is in the toilet FFS.

That little stunt alone cost everyone in the A&R department their Christmas bonuses. Happy now? 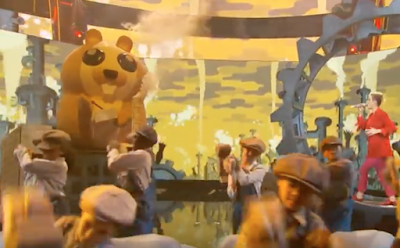 And how about the next time you're thinking of promoting a new single with a troupe of eight year-old boys dressed as a chain-gang overseen by a giant Pedobear, you just don't, OK?
Just table that motion.

Tell yourself, "not today, Satan, not today. I may go completely out of my fucking mind one day, but not today." 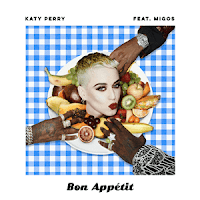 And do us all of a favor and mute Marina Abromovic's Twitter, will you please? If there's one thing that made everyone think "Katy Perry is just icky," it was that fucking "Bon Appetit" video, OK?

Even actual Satanists thought that shit was offensive. Honest to Christ, you've been hanging around with the Clintons too much.

For it is written... 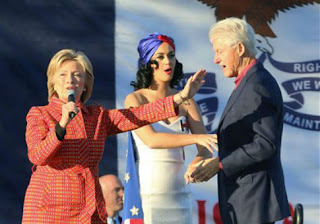 "And the kings of the earth, who have committed fornication and lived deliciously with her, shall bewail her, and lament for her, when they shall see the smoke of her burning..." 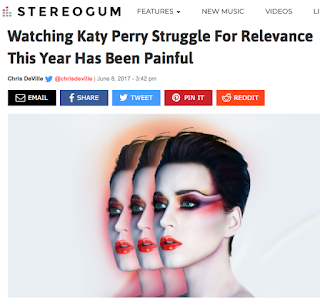 "Standing afar off for the fear of her torment, saying, Alas, alas that great city Babylon, that mighty city! for in one hour is thy judgment come..." 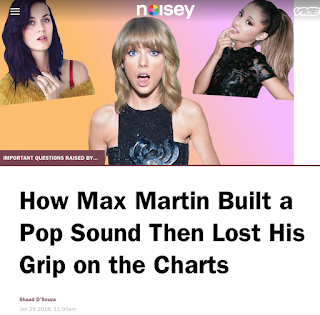 "And the merchants of the earth shall weep and mourn over her; for no man buyeth their merchandise any more..."


EVERYTHING I'VE BEEN RANTING ABOUT. RIGHT THERE.


And then there's this video, which is basically everything I've been ranting about, right there.

It opens with a creepy giant eye, which becomes a video screen depicting an alien GoPro journey through the endless galaxies-- from, oh I don't know- Vega?-- and finally into our own doomed solar system.

Then we see Katy AdmiralPerry dressed like a contestant on the Vega version of RuPaul's Drag Race cosplaying a Metron centurion from Star Trek:The Original Series.

Graty's being venerated on a pedestal within a nine-pointed (give or take) star. She then descends down a staircase like a LARP of the Second Degree Tracing Board.

In case you didn't make the Vega connection before, the band then tears into "Roulette," and Vegas-style casino graphics fill the room, all cast in an appropriately satanic crimson.

Get it? God-like space-aliens? Vegas? It's funny because it's redundant.

There's also an octagonal CERN stargate and just in case you missed it, they bring back the outer space graphics again.

Do also note the date of the show. 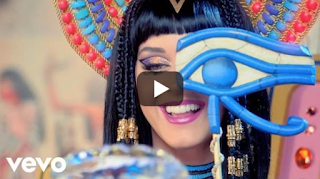 And you know where all of this is going next; straight into "Dark Horse," whose video is the one that looks like something Zecharia Sitchin might have dreamed after eating that pastrami that might have been starting to turn a bit but tasted fine with a little mustard.

Are you following me here? 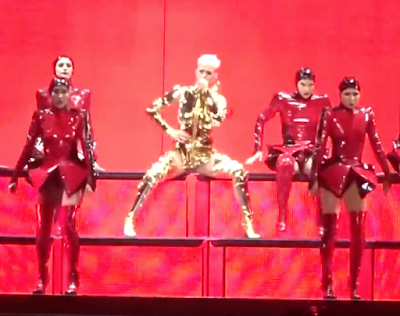 Not only do we see AndrogyKate in her Metron legionnaire uniform, we see a troupe of dancers dolled up in outfits some of you might recognize... 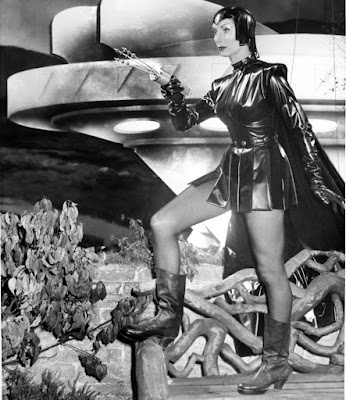 ...from the kitsch sci-fi classic Devil "Girl" from Mars. Sensing a bit of a narrative unfolding here?

It's all very slick and well-produced. I dare say I'd enjoy the show quite a bit. If it were fiction, I mean.

Do note she also played the transgenic national anthem, "ET" on this tour.

There's also the 2010 single, "Pearl." Katy Perryodontic's producers originally called it "Pearl Drops," but there was the whole trademark issue with the tooth polish and whatnot.
At least that's what I heard. 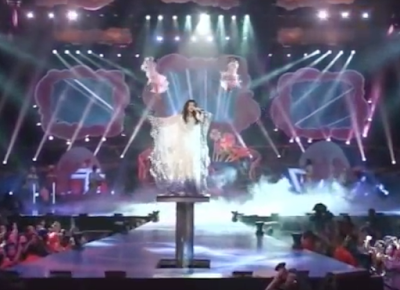 But wouldn't you just know it? Katy PerryReisMap performed "Pearl" on some awards show or whatever, and not only do we see the veneration on a pedestal number we've come to expect, we also see those wacky sky-dancers on loan from the Millenium Dome Show. 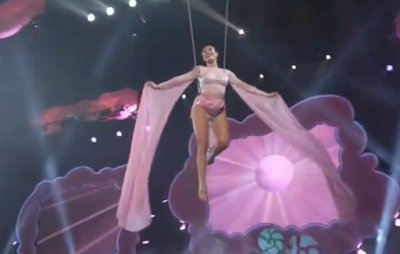 And if those skydancers outfits look familiar, you might be thinking of something else... 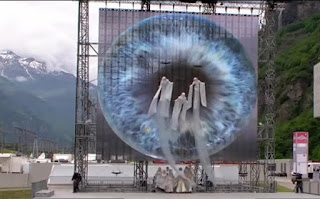 ...namely the Gotthard Tunnel Ritual. I understand the confusion.

Before you all go, I'd like everyone to open their Bibles to the Revelation of St. John, Chapter 17 verses 1-6, for today's Scripture reading. 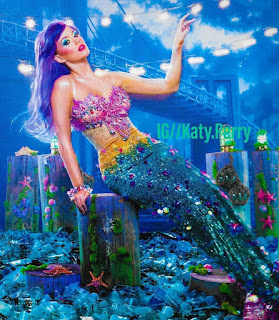 And there came one of the seven angels which had the seven vials, and talked with me, saying unto me, Come hither; I will shew unto thee the judgment of the great whore that sitteth upon many waters: 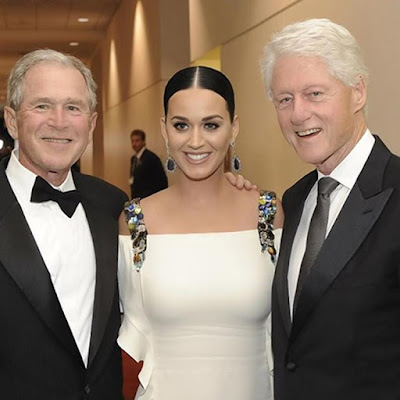 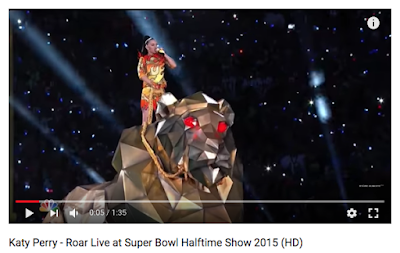 So he carried me away in the spirit into the wilderness: and I saw a woman sit upon a scarlet coloured beast... 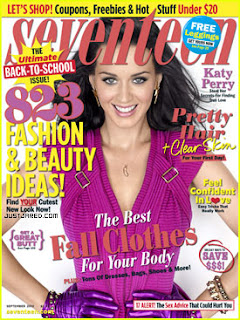 ...full of names of blasphemy, having seven heads and ten horns. And the woman was arrayed in purple and scarlet colour, and decked with gold and precious stones and pearls, having a golden cup in her hand full of abominations and filthiness of her fornication... 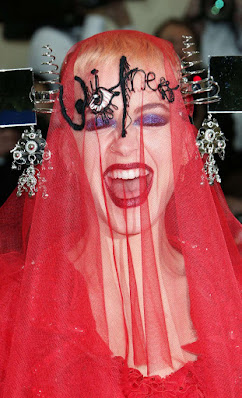 And upon her forehead was a name written, "Mystery, Babylon The Great, The Mother Of Harlots And Abominations Of The Earth   Witness." 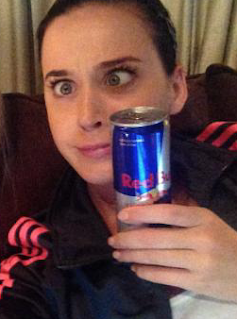 Actually, my grandfather never said that; he was a 32º Freemason and thought church was for imbeciles.

Well then, as St. Francis Xavier (cofounder of the Jesuits) used to say; "Give me the child until they are seven."

And what? Oh, no, that's it. Just give me the child already.
Close the cathedral gate on your way out, OK?