The Avengers, or Jack Kirby Conquers the World 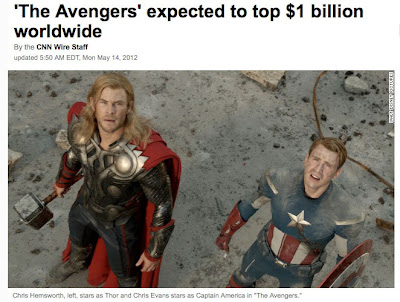 Now do you understand?

I've burned a lot of bandwidth on this blog -- too much, in some people's eyes -- obsessing on Jack Kirby, the visionary madman who unwittingly changed the face of popular culture.
He did so by laboring in the ignoble comic book field, where he spent the last couple decades of his career bombarding his increasingly disaffected fanbase with his various obsessions, such as UFOs, ancient astronauts, the occult, psychic power and psychotronic warfare, conspiracies, secret societies and armies of alien gods.

Me, I soaked it all up- in fact, the weirder his stuff got the more passionately tuned into it I became. And sure enough, Kirby concepts that died on the newsstand in their first incarnation would be recycled by other Kirby diehards and become canon.
The ultraviolent rhythms and the sleek, techie fetishism of Kirby's work had an enormous impact on Hollywood (and video games), by way of comic book geeks turned movie moguls like George Lucas and James Cameron. Kirby's vision is deeply embedded into the DC Tooniverse via Executive Producer Bruce Timm and his coterie.

And now Jack Kirby's vision-- in a shockingly pure and undiluted form-- has conquered the entire world. 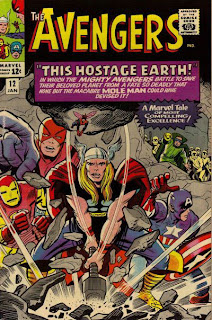 The big story in entertainment this year is the stunning success of The Avengers, which has topped a billion worldwide in receipts already and is storming up the list of all-time highest grossing movies. It built on the blockbuster success of the Iron Man movies and the more modest but still impressive success of Captain America and Thor, both of which raided Kirby's 70s weirdness canon for their plotlines (Thor is just as much an Eternals movie as anything else).

Ironically, The Avengers themselves-- while filled with characters Kirby created with Stan Lee-- are the kind of concept Kirby would have shied away from. The Avengers were Marvel's Justice League, and were almost certainly created on orders of Marvel founder, Martin Goodman.

Kirby only drew the first 10 issues of The Avengers (though he continued on as cover artist), choosing to concentrate on his passions; The Fantastic Four, Thor and Captain America, as well as the early Nick Fury Agent of SHIELD stories he and Stan whipped up a bit later. 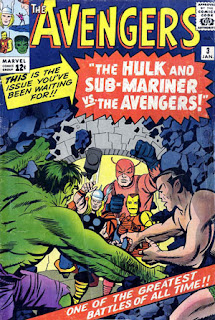 Marvel Studios knew this film was going to be a pivotal feature, not only for the studio but for the future of superhero movies, which some wags still think are just a fad. They hired Joss Whedon (Buffy, Firefly) to write and direct, since he has experience in film, TV and the thorny continuities of superhero comics.

This too seemed a gamble; Whedon's sensibility is the total opposite of Stan Lee and Jack Kirby. Whedon's canon is feminist, fannish, talky, gay-friendly; how would he handle the macho archetypes of The Avengers: Nick Fury, Thor, Captain America (Kirby alter-egos all)?

Well, aside from his trademark fannish banter-- the kind of nervous, self-effacing chit-chat more suitable to an elevator at Dragon*Con than a military situation room-- Whedon went straight for the Lee-Kirby canon. 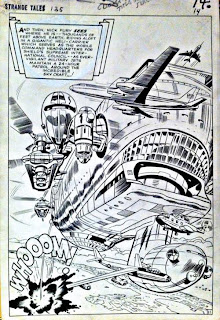 The aliens, the ultra-violence, the tech, the vision-- that's all Jack. The self-sacrifice, the superteam as bickering family, the old New Deal liberal morality-- that's all Stan. This Whedon guy knows his stuff and knows it well enough to translate from the sunny, optimistic Sixties to the grim, dour Twenty-Teens. Not an easy task. 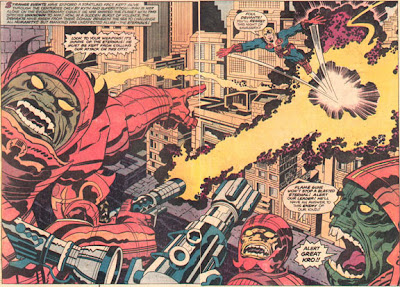 Some writers have claimed that The Avengers is about avenging 9/11, but all of that goes to show their terrible grasp of comics history. 9/11 was shocking to everybody, but maybe a bit less so to longtime comic book fans who had seen Manhattan blown up so many times it got to be a cliche. I think we're past all that now-- The Dark Knight was the last act in that psychodrama as far as I'm concerned. 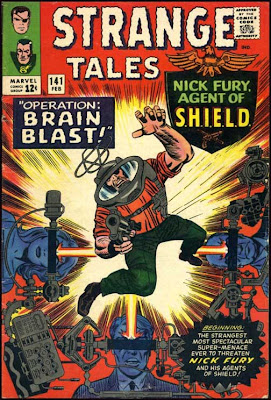 No, The Avengers was about comic books and their effect on the culture at large. It was about Stan Lee and Jack Kirby, sitting in a room filled with cigar smoke, dreaming up concepts that would change the world while they were simply trying to keep their jobs.

And it was about the lonely, isolated fans who soaked it all up, who joined in Stan's crusade and the imaginary clubhouse he created and went on to make movies, computers, video games, you name it.

Now that Kirbyvision has conquered the world, can it keep it? Will audiences grow numb to the kind of carnage we see in these films? Will superhero films have to learn to tell other stories besides apocalypse? Superheroes have outlasted any number of premature obituaries so I wouldn't bet against them.

It's not like Hollywood has a lot of options at this point, either.

THE SECRET HISTORY CAN NOW BE TOLD!