Avatar, Pandora and The Lazarus Effect 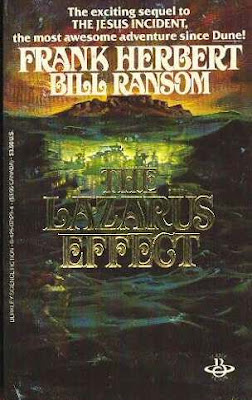 Well, the synchronicities keep on coming... and pointing in the same direction. That being that elusive water-world somewhere out there whose fingerprints keep popping up in the Memestream.

It was a nice day and the missus and I decided to enjoy the sunshine and run some errands. Before we left she mentioned that friends of ours wanted to borrow some DVDs from our library. They're sci-fi fans too and I recommended the mini-series version of Dune as we left the house. We made a stop at the used book store and as we pulled up in the lot we were talking about synchronicity.

The store has a great bargain section where you can get books three for a buck. But you have to be check in often since the turnover is so high and you never know what will show up.

But speaking of Dune, there was a Frank Herbert book in bargain bin - The Lazarus Effect, from Herbert's 'Pandora' series.

Here's a quick overview of the setting for these novels, taken from the Wiki entry for The Jesus Incident:

The surface of the planet Pandora is 80% seas in which lives a type of kelp which appears to be sentient. The land is populated by a number of predators who are efficient killers requiring people on the planet surface to adapt to a highly stressful lifestyle living within a fortress. The main fortress is known as Colony, a small city that is predominately underground.

The planet Pandora itself with its non-human inhabitants is another main character of the book, echoing a strong version of the Gaia Hypothesis. As the book progresses, the reader discovers that the kelp, the hylighters, and other creatures of the planet appear to be linked into a large entity with a shared consciousness, Avata (!).

Linked to a shared consciousness called Avata. Well, ain't that a kick in the pants.

Here's a quick synopsis of The Lazarus Effect, replete with AstroGnostic significance:

In The Jesus Incident Herbert and Ransom introduced Ship, an artificial intelligence that believed it was God, abandoning its unworthy human cargo on the all-sea world of Pandora. Now centuries have passed. The descendants of humanity, split into Mermen and Islanders, must reunite... because Pandora's original owner is returning to life!

On the ocean world of Pandora, mutant humanity diversified into two groupings, the Islanders and the Mermen. The Islanders tolerate any mutation, any deformity, as long as it is not dangerous to the community. The Mermen strive for their vision of pure humanity, revolted by mutations, seeking perfection.

The Islanders have adapted to the ocean life-style, going with the currents on their great living islands. Their lives are often harsh, difficult and short, there are too many deformed, maladapted people and too little space, too little food.

The Mermen have rebuilt a high-tech environment beneath the sea. They struggle to restore the old Pandora, as it existed when humans first arrived. To achieve this, they must recreate the land, make islands in this wide ocean. However, both societies have adapted to a world without surface land and they may no longer be willing or able to readapt.

The Mermen strive also and restore consciousness to the world-spanning Kelp, but in the early days on Pandora it was this self-aware Kelp that threatened humanity and it was humanity that destroyed it.

We looked at Avatar in the context of water planets in the last installment in the ongoing Stairway to Sirius series:

Solaris is ostensibly a Soderbergh film, but fits more comfortably in the James Cameron canon, who took a very active hand in the film as producer. Solaris initially looks more like a blue sun in the film than a water planet, begging Sirius comparisons. What's more there's a good chance Solaris had a major influence somewhere along the line on Cameron's Avatar, given its themes of alien identity and a sentient biosphere.

Which inspired reader Astronut to point out that :

Plenty of watery significance to Avatar methinks. Didn't you notice how the flora and fauna of Pandora seemed quite marine life inspired. Then there's the blue skinned naavi bringing mermaid imagery to mind more than anything else. And what with the Pandora atmosphere being unbreathable by humans, Cameron's fantasy world just seems like the ocean with all the water drained out!

So we have Pandora and 'Avata', no less, along with mermen, a water planet, artificial intelligence and alien creation/intervention all in the series that I hadn't even heard of until this afternoon. Strangely enough SoapFan namedropped Herbert in the Avatar post comments.
As I've said many times in the past, whenever a controversy pops up in the media over a film, it's usually designed to distract us from the deeper issues at play. The ridiculous potshots that ideologues of every persuasion are taking at Avatar only obscure far more interesting repercussions from the film- this direct link we now have through Herbert's Pandora books to the mysteries relating to Sirius, the Sirens, Oannes, and on and on.
Just as I said on William Henry's program- keep your eye out for this very powerful constellation of memes. But it gets better... 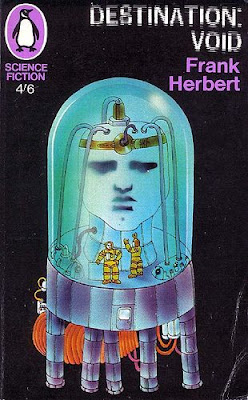 The first book in the Pandora series was Destination: Void. What do we see on the book cover? A domed habitat, just like the ones we've been talking about the past few days. What are the odds? 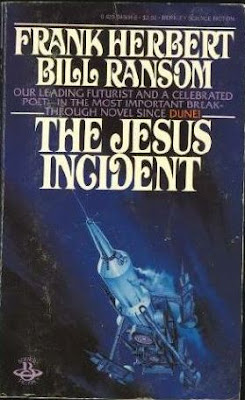 The second book? The Jesus Incident. Here we find a book cover with the rocket/obelisk motif. We're batting a thousand here. 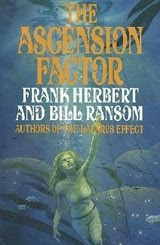 After The Lazarus Effect comes The Ascension Factor, with the Mermaid/Siren that kicked loose all of this madness to begin with...

... when she/they appeared on the season finale of Californication. 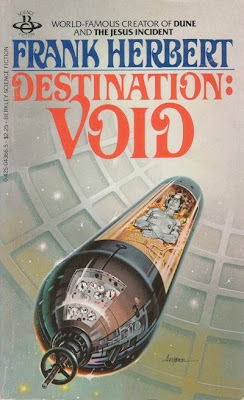 Here's an alternate cover for Void. This ties into a post we'll be looking at in the very near future. If you're thinking "Osiris", your intuitive/perceptive powers are very well-honed. If you go back and read the posts from the past two weeks, you'll see strange hints pop up in the news.
Like this recent story speculating on strange aquatic creatures the Japanese call the 'Ningen', who may or may not be swimming in Antarctic waters. Or recent calls for dolphins to be treated as non-human persons. Not to mention that incongruously watery COP15 logo in the city of the Mermaid.
at January 17, 2010