Beyonce, the Bomb and the Land of Molech and Honey 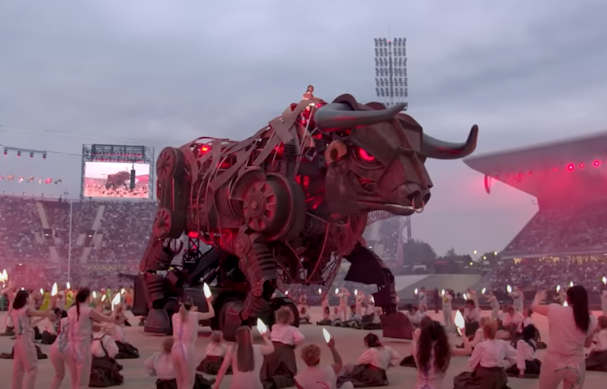 Oh, hello there. Nice of you to drop by. What's that, you say? You came here for some hardcore, old school, holy-crap-this-guy's-off-his-meds Secret Sun megaposts like you got back in 2017 and 2018?
Well, you just hit the jackpot, Tiger.
But just so you know, it kind of hurt my feelings when you said all those terrible things about me when I started going on about how the death of some old rock star and his connections to some weird Eighties singer you'd never heard of heralded the start of the Apocalypse.
I mean, I realize it was a bold claim, but I just kinda felt I'd earned your trust after ten years of blogging here, you know what I mean? Especially seeing how I was right and all.
But it's OK, I forgive you. Hugs. 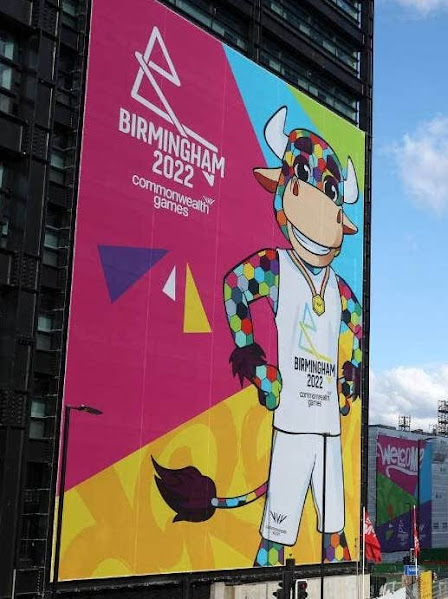 Anyhow, let's kick it off with the Commonwealth Games, which started last week in Birmingham. For those of you who don't know what that means, the Commonwealth Games are like the Olympics, only for the former colonies of the City of London's British Empire. I guess with the NWO project hitting the skids, this will have to do.
I mean, no one cares about the Olympics anymore, but I guess this is a good way to spread good will amongst those once and future former colonies. And since this is the Apocalypse and this is the UK we're talking about, there's no shortage of unsettling occult symbolism. 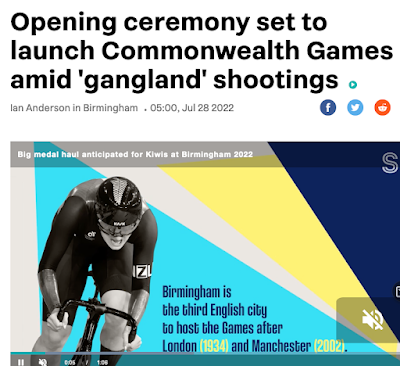 Sadly, the games are kicking off at a time when Birmingham - like every other city in the West - is in the midst of a major crime wave. Though that headline about shootings just can't be right because guns are banned in England.
We all make mistakes, I suppose. 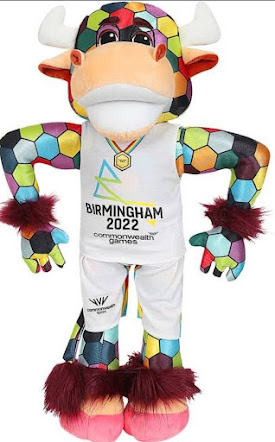 And just as we saw with the alien mascots at the London Olympics, the Commonwealth Games has its own mascot, who has some stupid name I don't remember because we all know it's actually Molech.
The honeycomb/geodesic pattern probably has some sick and weird occultic meaning, but doesn't it even matter? This shit is right up in your grill already. 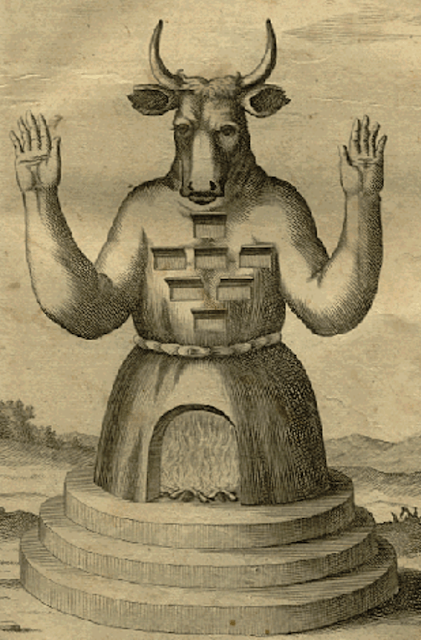 And I do mean grill, like the grill in a tophet where social-climbing Carthaginians used to roast their babies for ol' Molly there. 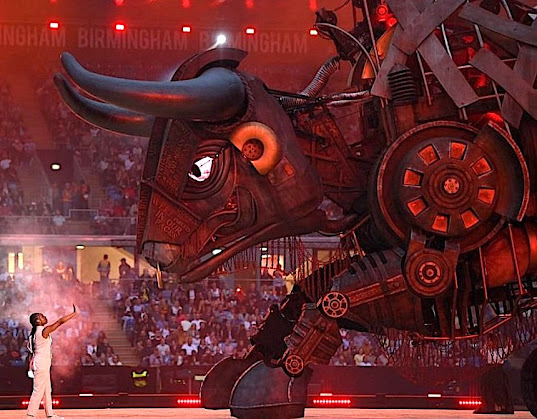 Since I'm so past the point of caring what stupid lies these people come up for cover stories anymore, I won't bother to go back and rewatch the video and tell you what they said it allegedly means. Something-something the Industrial Revolution, something-something Capitalism, something-something-no-one-gives-a-fuck.
It's just the Hidden Hands that run the UK paying tribute to one of their favorite gods, is all. Do note it's tamed by the stunning-and-brave androgynous black woman though, because it's 2022. 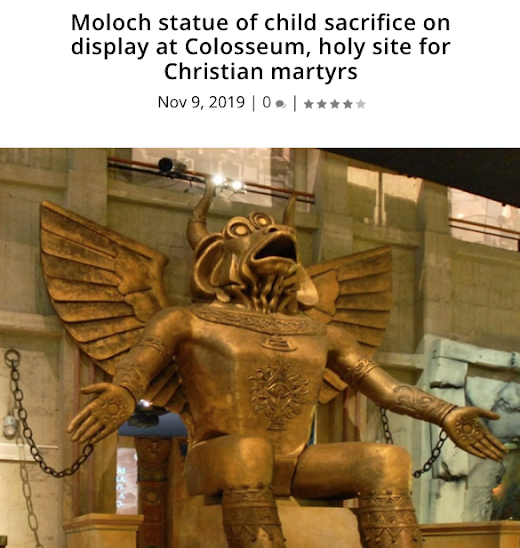 Of course, it's not just the UK that loves them some death-cult deities: the Vatican apparently installed this horrific statue of Molech at the Coliseum in Rome. Which I suppose is appropriate, given what used to go down there back in the old days. 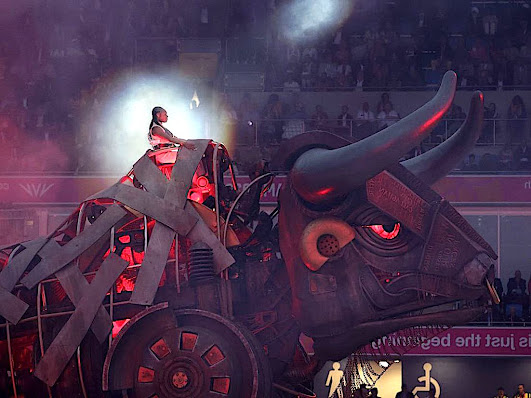 So then stunning-and-brave androgynous black woman rides around atop ol' Molly there like an Apocalyptic Europa, which of course reminds me of... 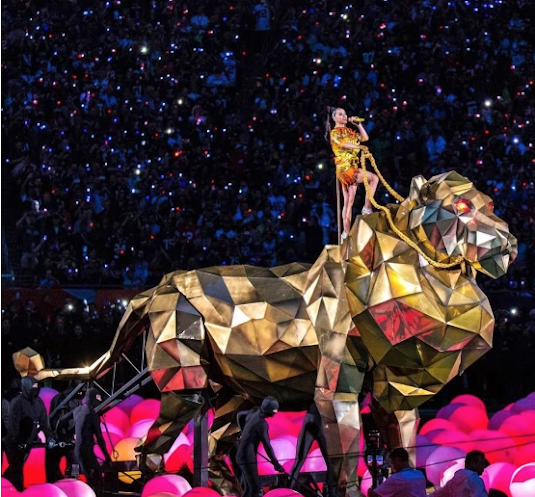 ... Mystery Babalon the Kate at the 2016 Super Bowl. Which is a whole other horror story that some of you may remember. 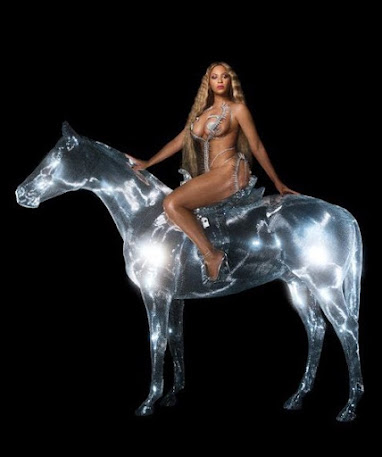 And by sheer dumb luck and absolute blind coincidence, Beyoncisis is also riding a Beast for her new album cover, which we'll get to in a bit. 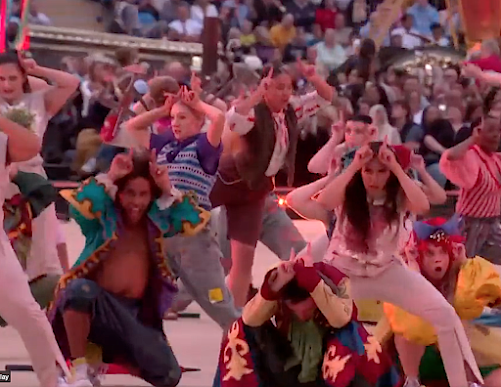 Anyhow, a bunch of young dancers then throw bull horns atop their heads in order to pay tribute to the baby-burnin' bull-god of their invisible masters.
Nothing creepy about that, right? Not if you know what's good for your social credit rating, I mean. 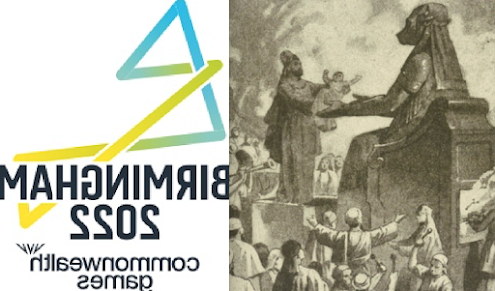 Neither is the fact that if you mirror the games' official logo, it kind of looks like a famous old illustration of Ol' Molly atop his throne being served up some pipin' fresh infant.
At least it does to me. Pareidolia is my middle name. Chris Pareidolia Knowles. 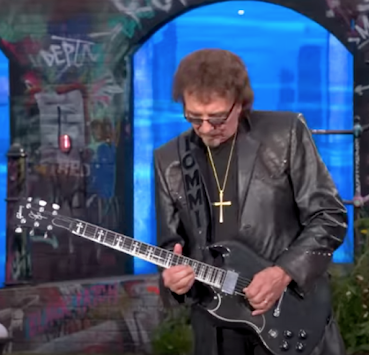 So I found it kind of amusing that none other than Tony Iommi performed, along with fellow Brummies Duran Duran. Did the Sabs ever do any songs about Molech? I can't recall. Maybe in the Hack Sabbath era (that means "post-Ozzy" for you civilians). 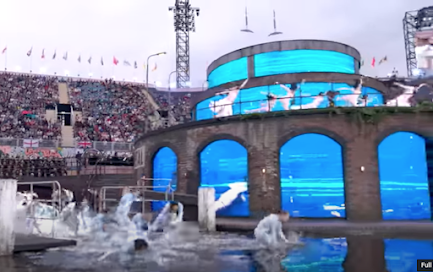 Of course, my eyes perked up when I saw this little centerpiece. I knew exactly what was coming, especially given the vaguely Siren/Sirian imagery and anti-industrial theme of the festivities... 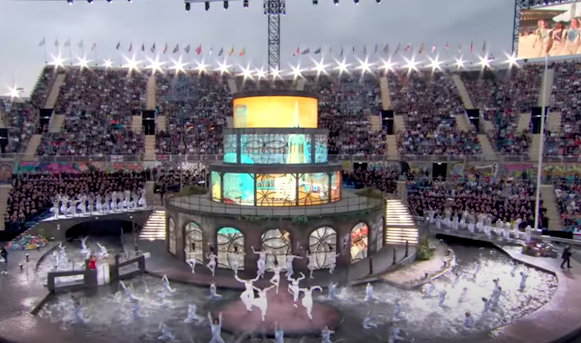 ... namely, full-on Tower of Babel.
And I haven't checked yet but given what we're seeing here, I'd bet good money that some of the people involved in this open-air ritual were also involved in... 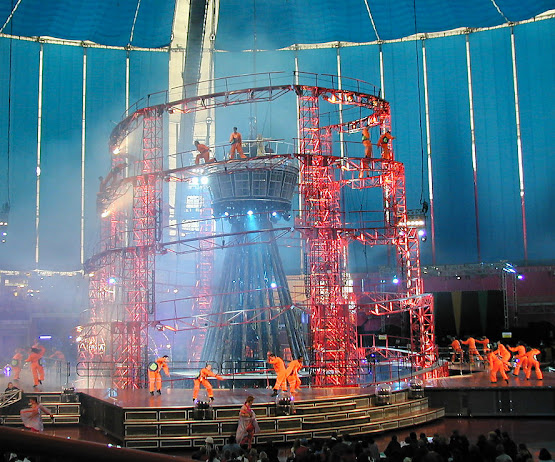 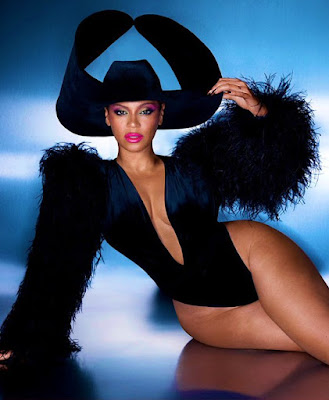 Anyhow, BeyoncIsis wore a little hat that kind of looks like bullhorns for her big album launch, which I'm sure is another total coincidence. Milky Molech for the win! 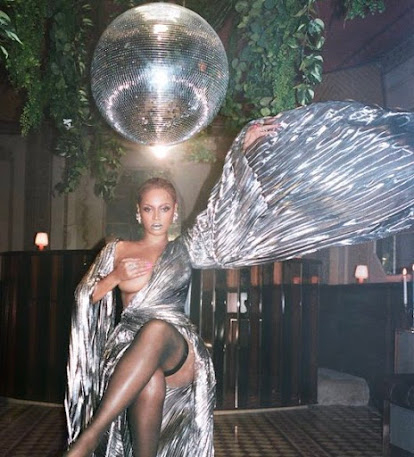 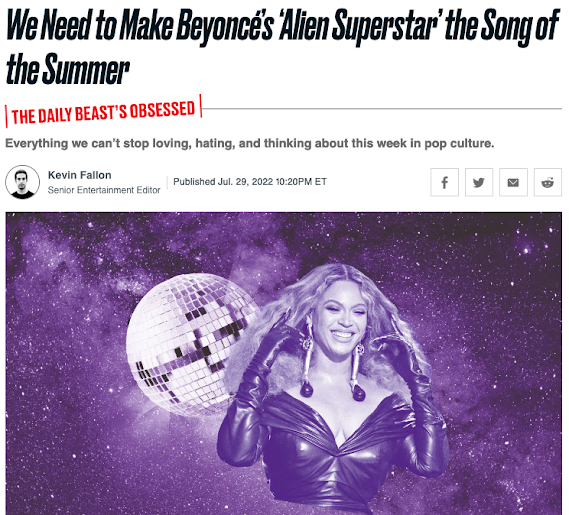 It's all so 2011, which is probably why BeyoncIsis isn't taking any chances and has apparently made sure the corporate media are shilling away for her like troupers.
But come on: "Alien Superstar?" It's so Katy PerryMason E.T., speaking of 2011 vibes. No one cares about that shit anymore, BeyoncIsis. You can do better than that. 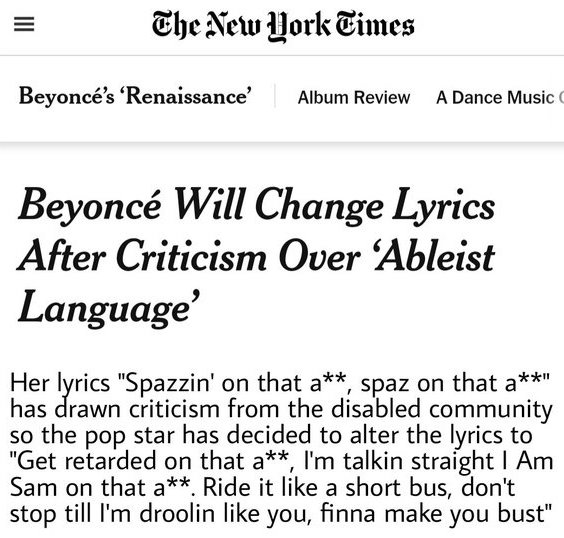 Which is probably also why we have a classic manufactured controversy, just to keep the shills at rags like The New York Times busy.
Back to the Commonwealth Games: apparently the producer of the Molech ritual is Steven Knight, creator of Peaky Blinders.
Me being me, I always think of another Steven Knight whenever that guy's name pops up... 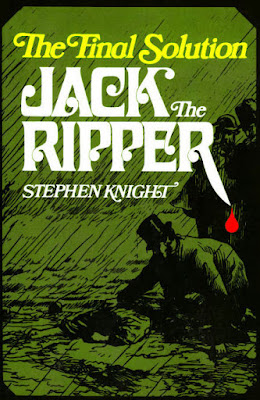 ... and that's this Stephen Knight, who inspired Alan MooreKnowstheScore to not only create From Hell (which was adapted into a Johnny Depp vehicle) but also to become a ritual magician.
Appropriate in this context, don't you think?
All the more considering that Peaky Blinders star Cillian Murphy is starring in Christopher Nolan's upcoming Robert Oppenheimer biopic. Note the line, "The Force from which the Sun draws its power."
We'll get to that shortly.
But first, let's not forget that we saw Oppenheimer's "I am become Death, Destroyer of Worlds" moment in Twin Peaks: The Return, the series that premiered that fateful week in May of 2017.
Which just happened to be a week after Our Samantha turned the Big Four-Oh.
And to sweeten the pot, Our Samantha's new project The Serpent Queen aired its first trailer the same night the Commonwealth Games opened.
The Serpent Queen is about the notorious Catherine De Medici, who was the patroness of Michel De Nostradame, better known to the world as "Nostradamus."
Some say Nostradamus predicted nuclear war in 2022, based on the usual vague interpretations of the usual vague quatrains. I can't rightly figure out why people think he was talking about 2022, but I've been hearing those kinds of failed predictions since I was a kid.
Plus, you know me: you start talking Samantha Morton, Twin Peaks and prophecy and there's only one place my mind goes.
Nostradamus-Schmostradamus, we have Our Lady, Queen Dowager of Sibyls to contend with.
And so it was that the Sibyl's immaculate, exquisite, impeccable new slate of portents and prayers hit the streaming services the same day that BeyoncIsis' new album did. 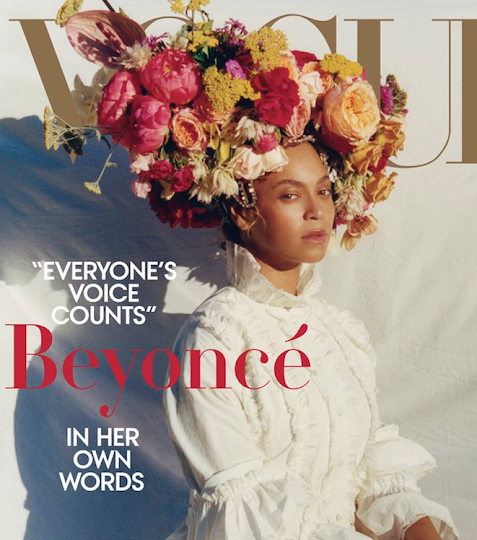 I've long suspected BeyoncIsis -- or one of her literal hundreds of writers, producers, stylists, choreographers, photographers or whomever -- is a secret devotee of Our Lady (or a "CryptoFrase"), so I can't help but wonder about the timing.
Especially given the fact that the video for "Love Drought" has both strong Siren-like symbology and a distinctly Cocteauish sound and feel.

UPDATE: Sunner JS reminds us that these two women died the day after BeyoncIsis and the Sibyl sang.
So please remember that "Love Drought" is the song the former Miss Knowles performed during her shockingly-orthodox Isis ritual at the 2017 Grammy Awards.
But that's all just ancient history. We need to focus on what's happening now. 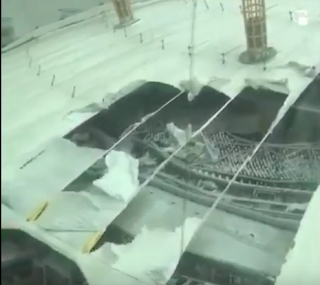 Like the fact that the Millennium Dome's roof was destroyed by a freak storm Twin days before Our Lady announced her new EP.
Portentous in and of itself, but all the more so given when the songs on the record were originally performed. 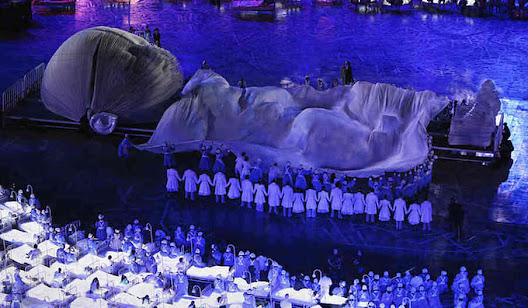 Namely at the Meltdown Festival, which ran at the same time as the notorious 2012 London Olympics, which we seem to getting a refresher course on in Birmingham this week.
Do note that Kate Bush's "Running Up That Hill" was performed there and has enjoyed a huge revival this summer in the wake of Stranger Things.
And in light of the fact that Our Lady announced her new record mere hours before Russia declared war on Ukraine, I should note that I wrote a couple pieces touching on the unparalleled forty-year track record of the Sibyl's omens and prophecies, in this case in the unlikely context of King of the Hill : 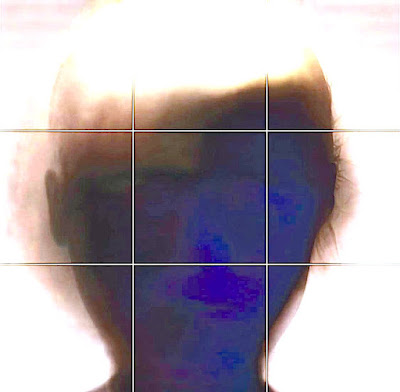 I was a bit taken aback by the cover art for Sun's Signature (I know, right?), especially seeing how the hot white dome and the wisps of smoke reminded me quite a lot of images of mushroom clouds.

It seemed a bit incongruous with the sweet and lush music it contains (most of which was premiered onstage all the way back during the 2012 Olympics). But sweetness leavened with foreboding is what the Sibyl is all about.
I need a higher resolution image to work with, but after playing with the color levels a bit it seems there actually is a mushroom cloud embedded in that image, as you can see in purple here. That's simultaneously thrilling and terrifying, I have to say.
I guess now we know why all those Silicon Valley billionaires have been buying boltholes in the South Pacific.

Aside from the double sync of the 2012 Olympics and King of the Hill/Running Up that Hill, I might remind you that Kate Bush made her own long-awaited comeback way back in 2005 with this track, about Elvish Presley. Who himself has multiple syncs with the Sibyl, not the least of which him dying in Memphis like a certain Buckley some of you may be familiar with. 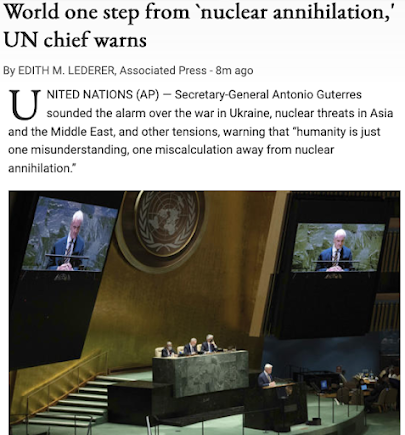 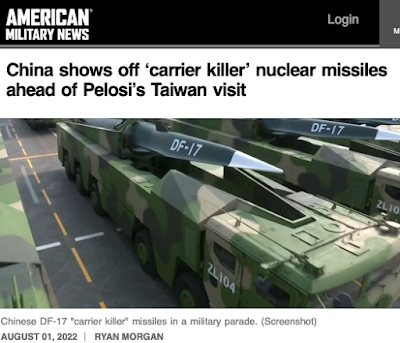 All of which might seem like the usual Synchromystic runaround until you couple the Sibyl's mind-shredding track record with what's been in the news lately.
Now, the Sibyl syncs directly with some of the most hair-raising events of the Cold War, including the KAL 007 shoot-down and Able Archer. So let us all hope and pray that present tensions pass with incident as well.
In the meantime, you know how I'm always being a big wet blanket and bugging you about when you're planning to start believing?
Well, I'd say now's the time. 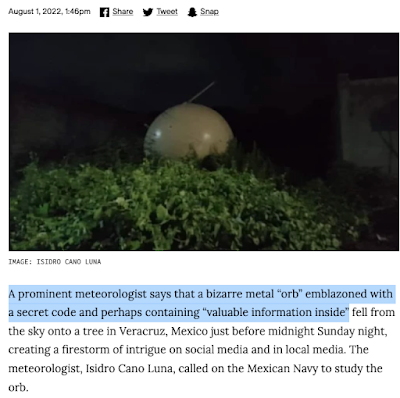 UPDATE: Especially considering the Pearl Dewdrops are apparently dropping.
Altar calls at the Den of Intrigue, 24/7
at August 02, 2022