It's a question we all ask ourselves at one time or another: "Exactly how much ultra-high-potency Fraserly symbolism can you possibly stuff into a 90-second teaser trailer?"

Well, Alex GarlandsEvergreen has asked himself that as well. And his answer seems to be "One bloody heck of a lot of ultra-high-potency Fraserly symbolism."

Before we dive into this, let me impart this bit of wisdom from my "Synchromysticism for Fun and Penury" course at the Secret Sun Institute. It will come in handy:

So here is how I tend to classify (and identify) syncs:

Yes, I'm serious as a jab-induced heart attack about this. I've been wracking my brains for years now trying to think of a phenomenon even a fraction as mind-shredding as this, or as rife with absolute overkill. I mean, in all of recorded history. The only thing even close is in Knowing, a science fiction movie.

Now, I'm sure you're asking how can such earth-shaking profundity ride the little coattails of a wee Scottish Smurf-lady who was a dream-pop diva back in the days before everything started to totally suck (meaning in the 80s and 90s)?

The answer, of course, is "I don't know." The ways and means of Heaven or Las Vegas are beyond my ken.

All I know is that some unimaginably-powerful force was shopping around this Vale of Tears for a herald, and chose a wailing little punk-rock pixie from some rainy petrochemical hellhole for the gig.

I already know your next question: how can an angelic herald be so closely connected with death and disaster? That's an excellent question. In fact, there's actually a book that addresses that very same question in considerable detail. It's called "The Holy Bible."

Give it a read sometime. The last chapter is a real doozy. I think you can even find a PDF or something online if you're low on funds. Do a search on it.

Either way, it seems other folks noticed this strange confluence of power swirling around her, and a lot of them seem to be film directors. David Lynch is the most obvious, but by no means the most obsessive. Gregg Araki takes that cake, but I'm starting to think Alex GarlandsEvergreen has his eye on Araki's throne.

Let's get into it. 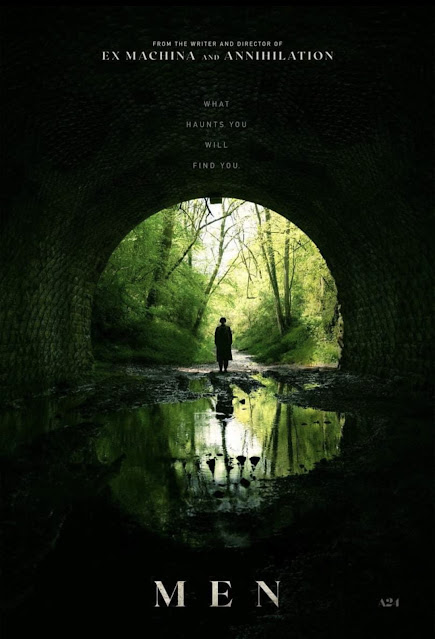 Do you see the hidden skull?
So the poster art gives you the lay of the land right off. We see the water and the Twinning so familiar as to be utterly obligatory. What little we know of the plot has it that a recently-widowed woman takes a sabbatical to the English countryside to recover, and is harried by strange entities.
So if you're getting a whiff of the Sibyl and her lost Buckley already, don't worry: you're not stroking out. 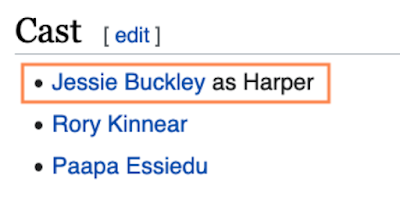 For our widow "Harper" is played by Irish actress/singer Jessie Buckley.
UPDATE: My Ninjas of Twinja come through with some phat Fraze-facts.
NinjaBrandon reports that Jess Buckley, like Jeff Buckley, has a father named Tim.
Jess Buckley also appeared in the recent Judy Garland biopic.
NinjaKarin reports that Buckley also appeared in Fargo, which has starred Frasenator Kirsten Dunst and Pearly Dewdropper Ewan McGregor. 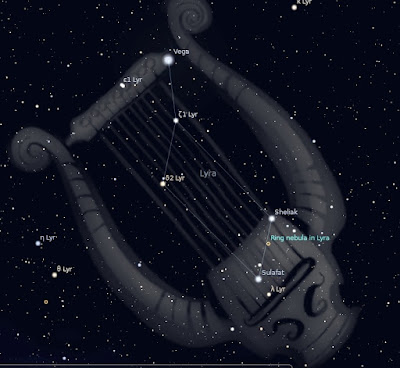 You know, Harper-> Harp-> Lyra-> Vega -> Heaven or Las Vegas.
What else, right?
This new J.Buckley is up for an Oscar for The Lost Daughter, whose inherent Fraseliness is quite apparent to the initiates. The new J.Buckley's signature song seems to be a Wizard of Oz-themed toe-tapper called "Glasgow," a city whose Fraseliness is quite apparent to the initiates. The tune was featured in the 2019 film, Wild Rose, released on September 17th, the 29th anniversary of Heaven or Las Vegas.
Here's a sample of the lyrics:
Had to find my own way, make my own mistakes

But you know that I had to go

But I found one that's stronger than stone

September 17th, 2019 is also significant for the "massive attack" on "Twin" oil facilities in Saudi Arabia.
That very same day the Sibyl prophesied in Toronto. Her performance of "Where Have All the Flowers Gone" was backed by an Adam Curtis video montage of - wait for it - an attack on an oil field and scenes from The Wizard of Oz. 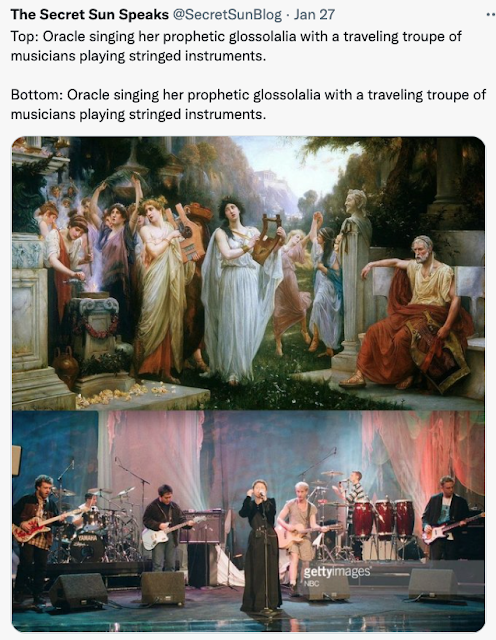 Adam Curtis obviously knows what time it is. The only things missing from the stage set were a high stool and a bowl of burning oleander, that's how blatant it all was. Also, "Where Have All the Flowers Gone?" has a Twin-meaning, well-known to the initiates. And apparently to Massive Attack and Adam Curtis as well.
Buckley's voice echoing in the tunnel repeats throughout the trailer. It calls to mind "Mud and Dark," a prophecy invoked by the Sibyl at or just before the start of her relationship with her Buckley, which would take on a distinctly Echo and Narcissus-like character.
Four years later, the narcissistic Buckley would swim to the Siren at Mud Island, just as Dark fell across the land.
What does Mr. Garland have for us next? 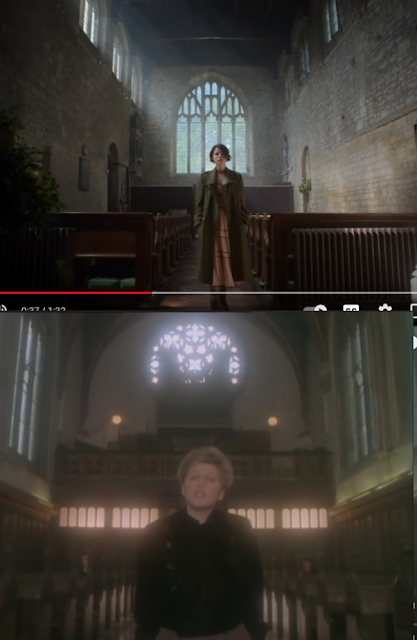 Yeah. I mean, come the fuck on already. How much more obvious can this possibly be? 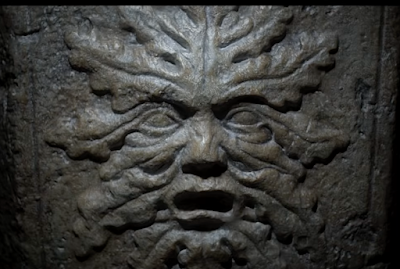 Say hello to the Green Man, everyone. Hello, Green Man.
You can call him "Pan" if you like. "Green Man" is just a title. 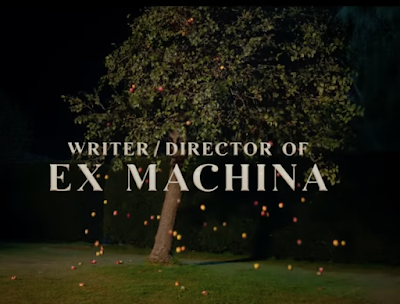 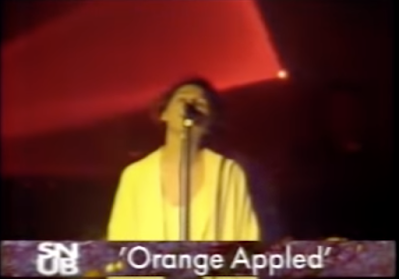 Then we get this imagery with falling apples, synching with the indelible "Orange Appled."
What's that you say? It's a stretch? Oh, if only, friend. If only.
There's about a million falling apples in Dreamworks' 1999 FraseFest, In Dreams, which has a Siren and Robert Downey Jr. giving us a very Heath Ledger Joker performance.
What's that you say? Calling In Dreams a "FraseFest" is a huge stretch?
Hmm, you might want to check your math on that one, my friend. It literally doesn't get more Fraserly. 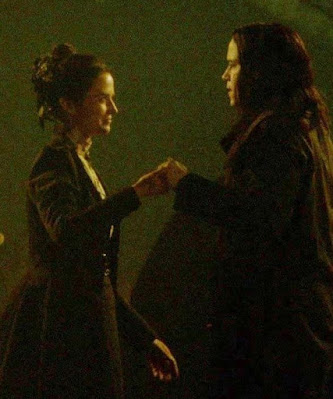 Men co-stars Rory Kinnear, known for the recent Bond films and co-starring with Ultra-High Frequency Frasenator Eva Green in Penny Dreadful, which is a whole other discussion. One best had in a discreet setting.
In the meantime, here's Eva in White Bird in a Blizzard, whose opening theme was the celestially-sublime "Sea, Swallow Me."
Seriously: if you're not swept away by the soaring winds of Elysium when you hear that angelic call there, then I can't help you anymore. I'm truly sorry. 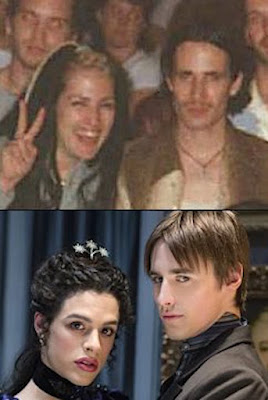 Penny Dreadful's Fraseliness operates on so many levels, one of which is Jeff Buckley-clone Reeve Carney, who is currently in pre-production for Everyone Here Wants You. 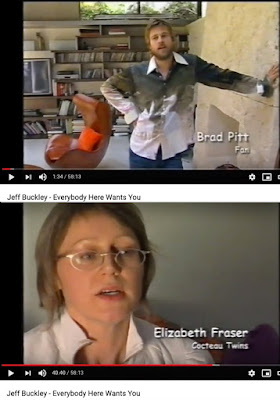 The long-delayed Buckley biopic, I mean. Not the 2002 BBC documentary in which a heart-wrenchingly grief-stricken Sibyl is presented in the widow role.
You know, the same long-delayed Buckley biopic that started this whole mess for me in the first place, all the way back in 2014.
I wonder who'll be playing Elizabeth? I nominate Samantha Morton for the role. Or even Esme Creed-Miles, who has quite the nice set of BFEs herself. The Buckley's mother has said she was quite fond of the Sibyl, so it will be interesting how that plays out.
By the way, I'm not kidding about the clone thing. Carney looks like he was grown in a lab from Jeff Buckley's cheek-scrubbings. Then again, the Buckley was 16 at the time this kid was born, so maybe they used something else to get their DNA. Something a little less sciencey, if you catch my drift.
By the way, Carney's first recording gig was for Michael Jackson's HIStory.
Care to take a stab who shares a birthday with the King of Pop?
That's right: the Queen of Dream Pop.

Do you see what I mean now? It never, ever ends. Ever.

If this all seems like madness to you, don't worry. That's only because you haven't committed the Oracular chronology to memory yet.
No worries. Here's a refresher vis a vis Alex GarlandsEvergreen: 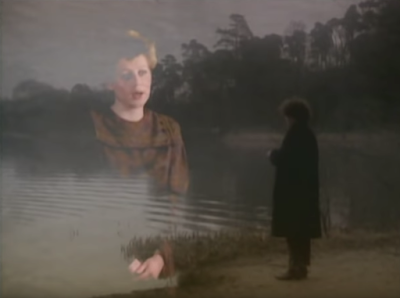 Note that Elizabeth is essentially overlapping the location of Annihilation's alien entity known as 'the Shimmer' here. 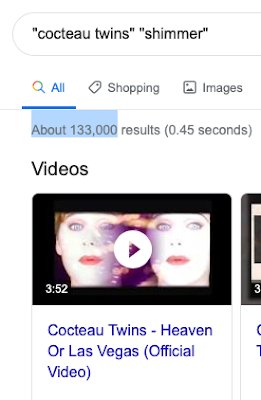 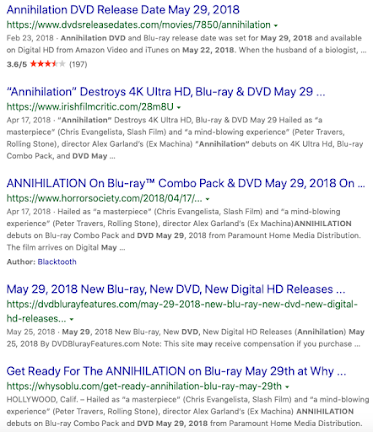 In light of all this, I'm going to go out on a limb and guess that Mr. Garland has let the Sibyl into his life and regularly basks in the glow of the angelic powers she channels, available on demand, any time he needs it.
How about you? I'll be taking altar calls in the Den of Intrigue for those ready to lay their burdens down and let the Sibyl's healing harmonies into their broken hearts. 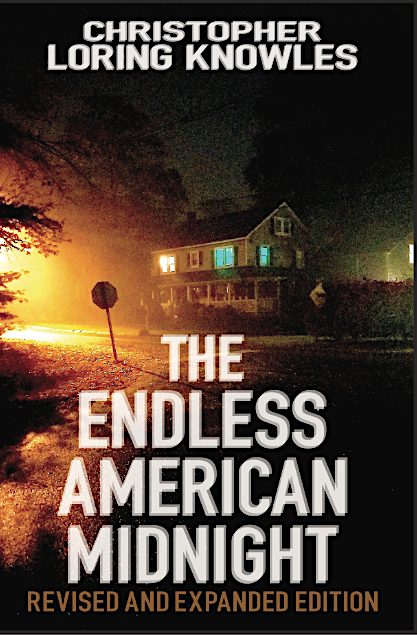 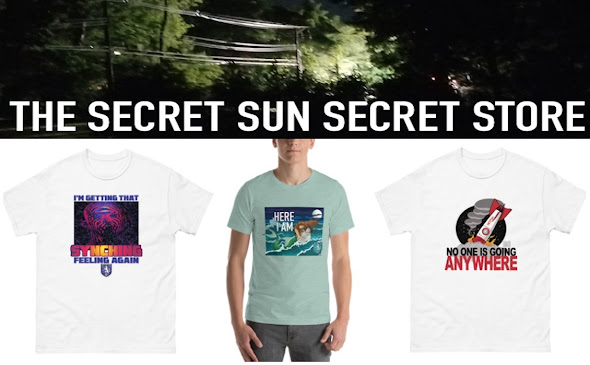 There are three amazing, 100% heavyweight cotton T-shirts that
true-blue Secret Sunners are definitely going to want.