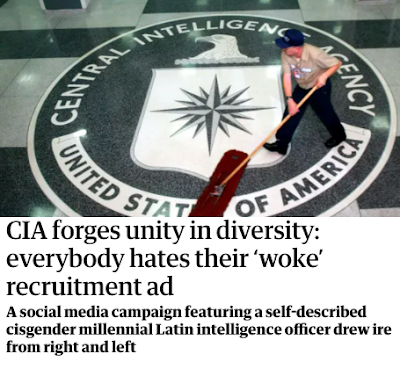 Of course everyone with half a brain hates the CIA's ridiculous woke recruitment ad. They're supposed to.

Because what we have here is a textbook case of Knowles' First Law ("Whenever a controversy over symbolism erupts in the media, it's usually disguising a completely different symbolic message altogether" ) unfolding in real time.

In fact, this is so clearly a blatant exercise in Knowles' First Law that it's kind of shocking.  Even so, the responses to it - while predictable - have been extremely amusing. Here's just a tiny sample from a YouTube thread:

"That's right ladies! Never let a man tell you that you can't introduce crack cocaine to the black community or secretly import kilotons of heroin to support black operations just because you're a woman!"

"This just reminds me of what Yuri Bezmenov was warning us."

"At least the CIA will be woke while they topple South American governments and instate puppet dictators."

"She was born the daughter of Latin immigrants, so now she can justify the killing of brown people."

"This video will surely scare our enemies; they are now shaking in their boots... from laughter."

"What the shit was that fuck?"

I would argue that the reaction is part of the exercise, seeing as you have to be some mainstream media-programmed zombie to take any of this nonsense at face value. Granted, there are at least 100 million of those in this country, but let's just leave that aside for now.

You also have to be naive enough to believe that A., Wokeness/Identity Politics/Intersectionalism weren't all 100,000% conceived, funded and propagated by the CIA itself, and B., that aren't plenty of very far right-wing people in Latin America.

In fact, despite what those walking colostomy bags in Hollywood would have you believe, the death squads in Central America weren't manned by cornfed blond Anglos from Nebraska, but by the locals. Those same death squads were, however, bankrolled and trained by Miz Intersectional's bosses and co-workers. So there's that.

The same coworkers who'd haul their quislings and their families stateside whenever things went tits-up at home, like in Nicaragua or Bolivia. Ponder on that when you watch the video.

But that's not what you come to The Secret Sun for. You come for the crypto-semiotics.

And boy, you've come at the right time for that. 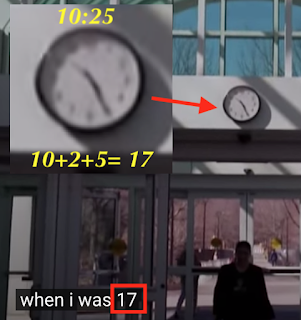 It starts of with some 17 Twinning. I also wonder what they're trying to imply by having the Wokestress saunter into work at 10:25. Seems a wee bit racist to me. 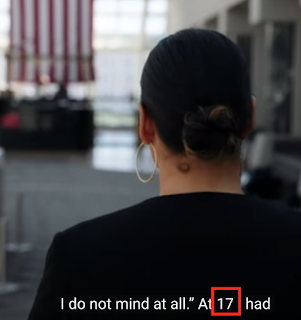 They also Twin the 17 again. You may not have realized that the Kompany were recruiting 17 year-old Latinx girls, but just roll with it. Actually, I didn't notice the term "Latinx" used at all during the spot. You can bet someone's getting shit-canned for that oversight.

She also quotes from Zora Neale Hurston, who was a staunch Republican, believe it or not. 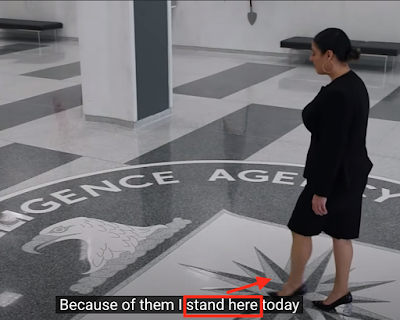 Here's where we get to the entire point of this exercise: Lyra adoration. Do note that the ad premiered a week before the start of the Lyrid meteor showers. 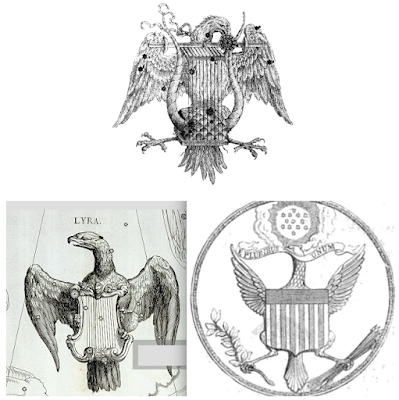 Or more precisely, Vega adoration. The CIA's logo is yet another encoded Lyra icon, just like the obverse and reverse of the Great Seal.

The giant star is Vega, one of the brightest stars in the night sky. 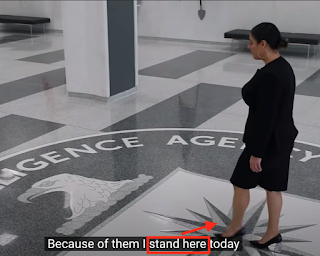 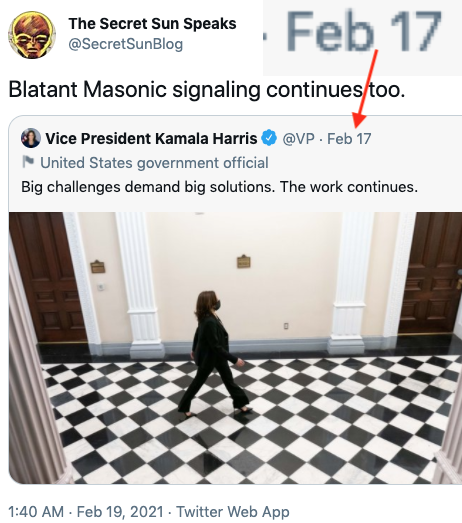 We had a similar, yet more explictly Masonic, photo-op back in February with the Harris of Babylon. The CIA's Masonic checkerboard is a little more stylized than the one in the White House. 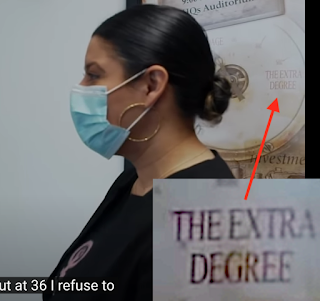 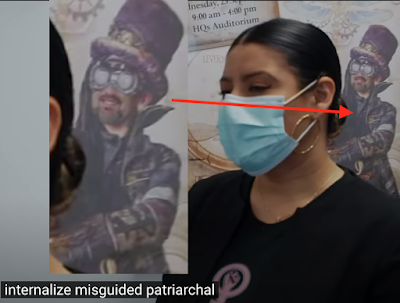 Here's a bit of a head-scratcher, though: maybe it's my imagination but I think I recognize the guy in that poster... 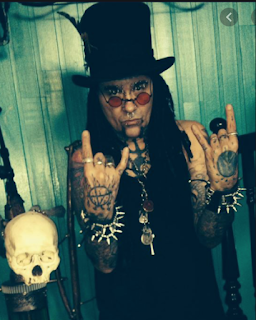 ... call me crazy, but it looks like none other than Ministry's own Alien Jourgensen. What's up with that shiz? 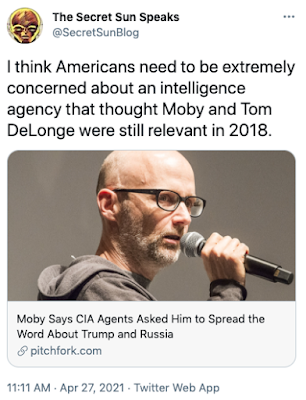 Odd choice, for sure. But then again this is the same agency that thinks Moby and Tom Delonge are still relevant. So just bear that in mind. 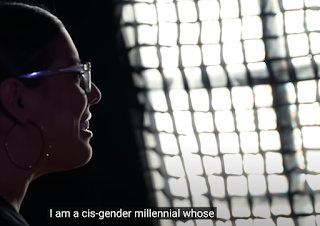 I also found it interesting she's reciting those talking points facing a window with a net draped in front of it. 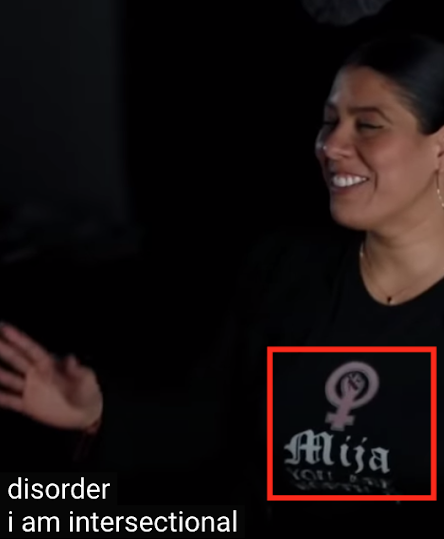 I'd tell you what this particular symbolism calls to my mind, but this is a family blog. 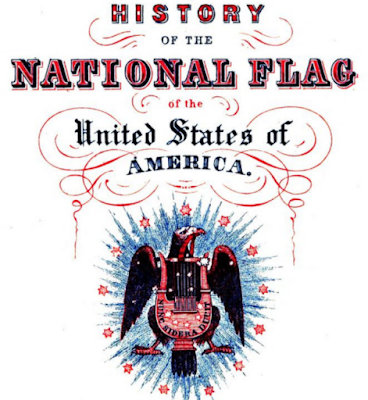 The adoration of Lyra used to be more explicit in the early days of the Republic. I don't know why they changed the lyre to a shield, but the important thing is they kept the shape. 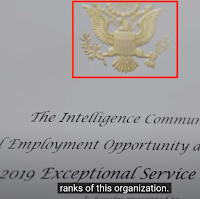 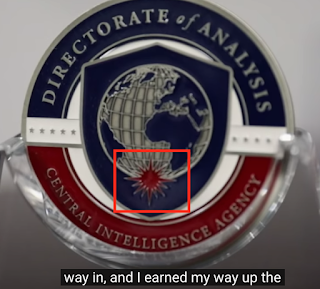 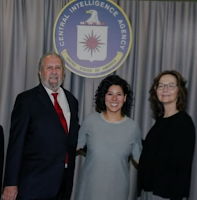 In any event, the Company still employs Lyra/Vega symbolism with great gusto and zest, as we see throughout the video. 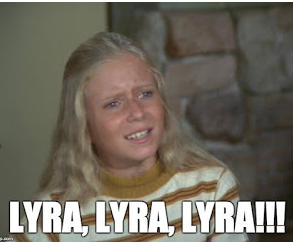 You said it, Jan. But hey, I get it: I have borderline-incapacitating OCD too. 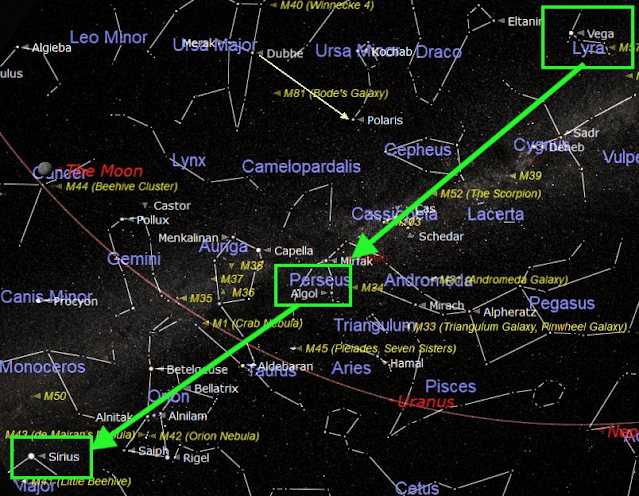 Lyra is one of the Big Three stars for the secret religion, the other two being Algol and Sirius.

Note they all lie close to the Celestial Equator, AKA the Milky Way, AKA the Tree of Life, AKA Jacob's Ladder, AKA the Stairway to Heaven.

Note they also lie off the Ecliptic, AKA the Zodiac.

What exactly these stars signify to the secret religionists has so far eluded me, but I'm always open to suggestions.

Leave some in the comments.