Ferris F. Biden's Inauguration was like old home week for The Secret Sun. After a four-year interlude in which the requisite rites of state were not properly observed by the churlish usurpers, the restored regime let it be known in no uncertain terms that the days of blood and fire are back.
And who better to kick off the festivities than Katheryn Elizabeth Hudson, known to the wider world as Katy Perry?
The inauguration "concert" was a grim and surreal affair, as the superstars of yesteryear performed alone in empty studios or in the cold and dark. Tom Hanks was the master of the ceremonial rites, probably just to troll the Qsters.
Bruce Springsteen-- born and bred in the heart of Sopranos Country, not 1930s Oklahoma-- stank on ice with his cowpoke-cornpone minstrel act and some tuneless Dylan knockoff that was flushed from my memory even before it ended. Nice haircut, though.
Jon Bon Jovi, weirdly resembling Richard Chamberlain, weirdly channeled John Cougar Mellencamp circa 1987 with a weirdly ritualistic cover of George Harrison's "Here Comes the Sun." Justin Timberlake and Ant Clemons had an over-emoting contest with some generic R&B fluff that sounded like a Chi-Lites B-side circa 1973.
The late, great Bill Withers spun in his freshly-dug grave as newly-minted alien contactee Demi Lovato desecrated his sublime "Lovely Day." The Foo Fighters completed their evolution from arena grunge to dad-rock to wine-aunt rock, tempting me to bust out my notorious Dave Grohl meme from 2017.
John Legend further trolled the WWGwhatever crowd, but also brought the Biden Administration to the Shimmer's attention with "Feeling Good," an Anthony Newley tune made famous by Nina Simone. In front of the Lincoln Memorial, of all places. My droogs and I are monitoring the situation closely, as it probably doesn't augur well for the new/old regime (the Shimmer is seriously fucking with the timeline at an ever-quicker rate).
In any event, some other people did some other stuff and absolutely nobody on the planet gave a single flying fuck about any of it.
Finally, Katy WilliamRefrigeratorPerry stepped up to the dais. She looked like she'd just been out to Fort Detrick for a refreshing brain-rinse and sang quite well. It was probably prerecorded on account of cold weather is murder on the vocal cords, but whatever. Literally no one cares.
The new regime stood on the balcony like botoxed Mussolini's and watched Osiris' sacred saturnian love pump rejuvenated with the cosmic Viagra of a fireworks display strongly reminiscent of the 2008 Atlantis mega-rite in Dubai.
The bombs bursting in air were also a teaser-trailer of what the Biden boys have in store for tens of thousands of poor brown children in uncooperative countries in the days ahead.  Only without all the pretty colors and the nice crazy lady with the big boobies. And with more white phosphorus and depleted uranium.
TURN THE PAGES, TIME GOES BACKWARDS
But hearing "Firework" dragged out of mothballs couldn't help but remind me of the 2015 Super Bowl halftime show, which I still have trouble believing actually happened, even to this very day.
In hindsight, seeing Katy roll into the stadium in full Mystery, Babylon the Great mode was actually the least weird thing about it. 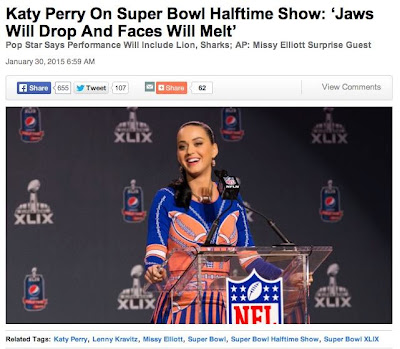 For that was the show Katy Perryanalfistula promised that "jaws would drop and faces would melt."
And boy, did they ever. All too literally. 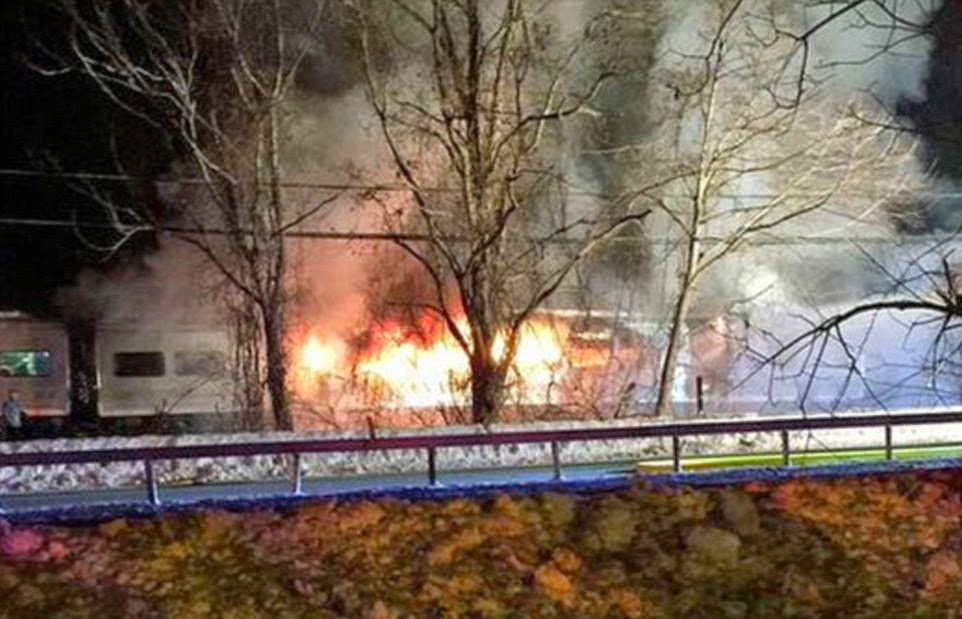 Two days after Katy HudsonNews rode atop the Scarlet Beast into the stadium while dressed all in flames, there was an unspeakably horrible event in which a number of innocent commuters were immolated when a commuter train and an SUV collided and burst into flames. You could say their faces did indeed melt, unfortunately. 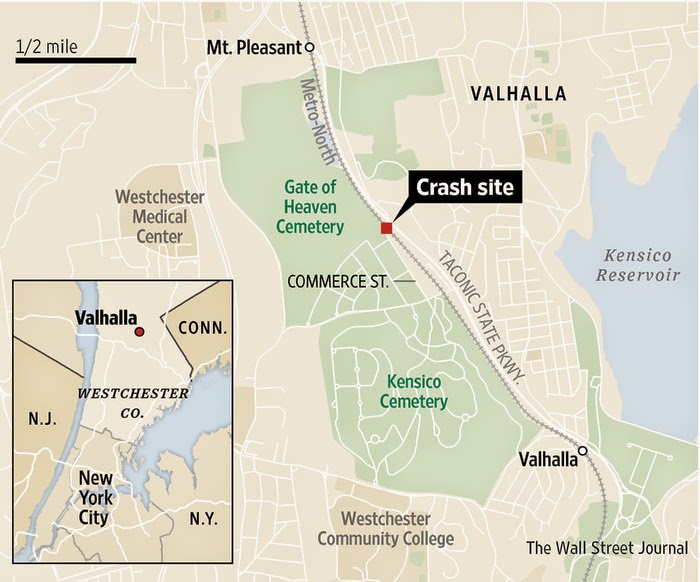 And it just happened to take place in the Gates of Heaven in Valhalla- kingdom of the dead- on the KatyHudson River.

On Feb 3, an accident on the Taconic Parkway in Westchester County, NY forced traffic to be diverted through a local cemetery in Valhalla, which necessitated a crossing over the Metro-North railroad tracks.

A woman driving a Mercedes Benz SUV became disoriented when the railroad warning gate came down on the rear of her vehicle and got out to assess her situation.

Confused and unsure what to do, the woman drove forward in an attempt to free herself from the gate. Unfortunately, the MetroNorth commuter train barreled down on her at that precise instant and dragged the vehicle down the track. The SUV burst into flames, and the flames spread to the train, killing both the driver and several passengers on the train. 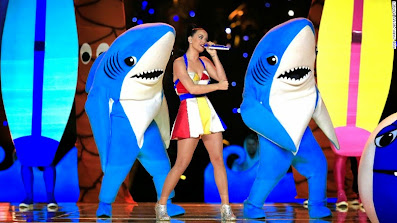 What does all this have to do with Katy PerryComo's Super Bowl 49 Halftime show? Well, at one point she was famously joined by two dancing sharks for a little number. something about Kali and fornicating girls or something. I don't really keep up with that kind of music.
So what about these sharks, then? 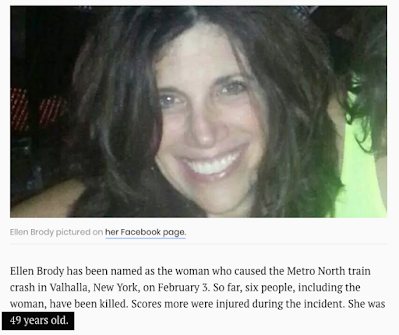 Well, the woman who was incinerated alive in her car was 49 year-old Ellen Brody, who was on her way to a meeting at a Starbuck's (where else) in Scarsdale. 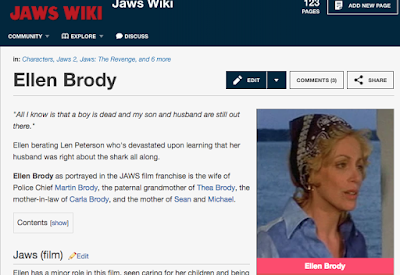 Ellen Brody also happening to be the name of a major character in the Jaws franchise, namely the wife of Amity's own Chief Brody, played by Roy Scheider.
And here's another causality-raping coincidence for you: the real-life Ellen Brody worked for the Clintons' private jeweler. 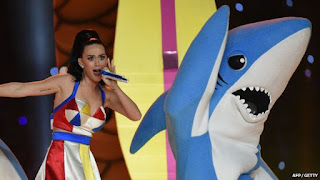 So, let's do the sums: sharks, Jaws. Fireworks, Mother of Harlots, cleavage, the Clintons. Sounds like the recipe from Hell to me. You? 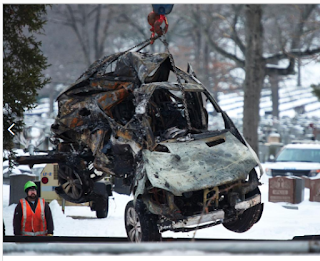 Whatever the case, we can't say that Katy PerryReisMap didn't promise that "jaws would drop and faces would melt."
Because that's exactly what happened. Katy Perrysocks's word is as good as gold. 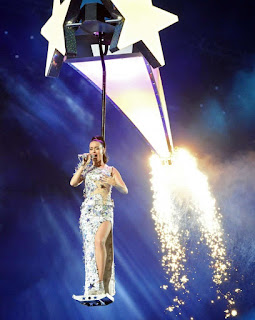 Katy Pompies also performed "Firework" at Super Bowl 49.
Do you ever feel already buried deep
Six feet under scream
'Cause there's a spark in you
You just gotta ignite the light
And let it shine
Just own the night
Like the Fourth of July
'Cause baby you're a firework
And the meaning of the given name of the woman who was literally incinerated alive at "the Gate of Heaven" cemetery (where people are buried six feet under)? 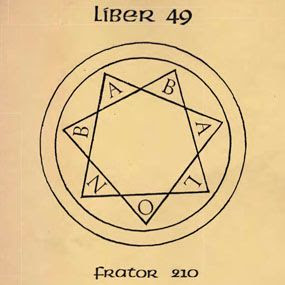 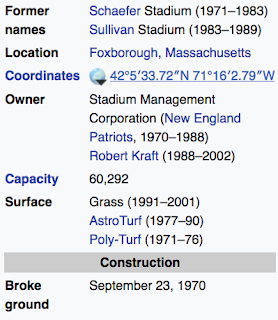 Schaeffer being the original name of the stadium in which Super Bowl 49 champions (the New England Baphomets) once played.
Just to add to all the nostalgic vapors, former Baphomet Twin Brady is headed to Super Bowl 55 with a new team, the Templar Bay Buccaneers. It will be a record 10th appearance for the GOAT.
And for the cherry on top of this sulfurous sundae, there was also a full moon the night of the Valhalla collision. 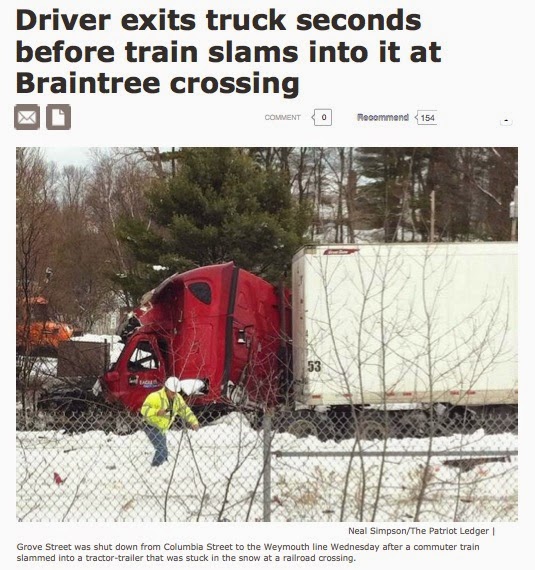 I don't want to strain at the restraints of causality even further, but there was another, similar accident outside of Boston the next morning, with a truck getting stuck at a railroad crossing and being struck by a train in Braintree, the hellmouth that spawned yours truly. 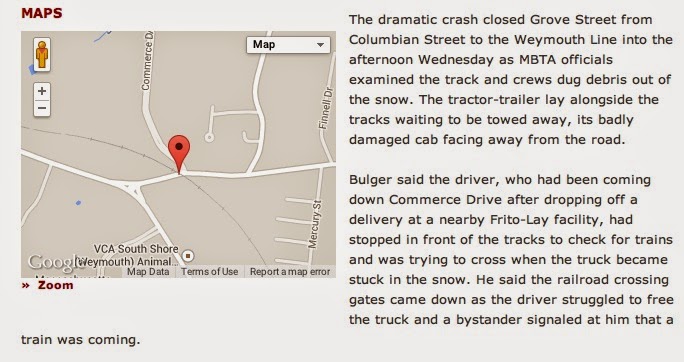 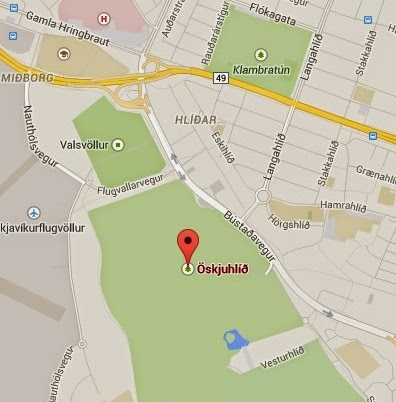 And if all of this were not already enough, the Valhalla accident coincided with the breaking of ground in Iceland for a new official temple to the old Norse religion (from whence we derive Valhalla), the first to be built in a thousand years.
The temple will be located off Route 49 in Reyjavik.
What a weird, funny old world it is. Weird, nutty things just seem to be happening all the time.
Especially when following in the hoofprints of the wacky, zany bunch currently wiping their fistulas with the Bill of Rights and firing up the infernal engines of mass death.
I'm afraid it's going to be Midnight in America for a very, very long time to come, brothers and sisters. 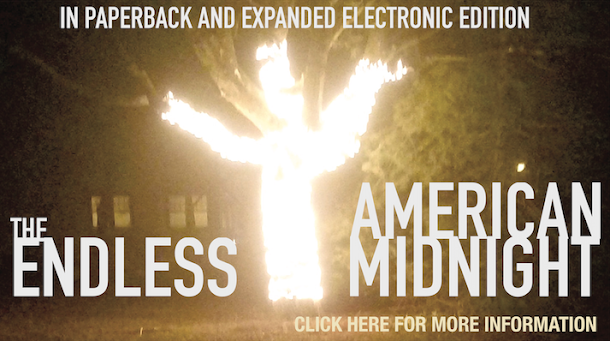 Swap survival strategies in the Den. 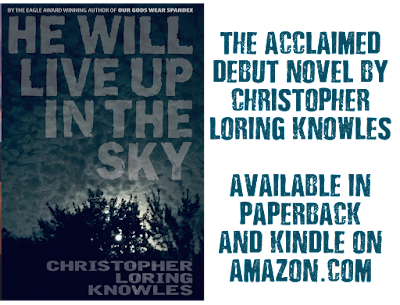