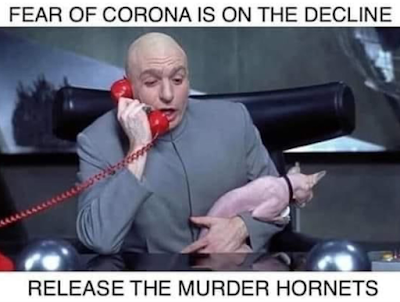 Well, just as Coronapanik in the Year Zero begins to recede, we're hit with a new plague: MURDER HORNETS. Or as I like to call them, "hornets," seeing that murder and hornet are redundant.

Incidentally, I thought that was a photo of Bill Gates without all his Beyond the Black Rainbow-styled protheses, but apparently that's an actor called Michael Myers playing a character called "Doctor Evil." 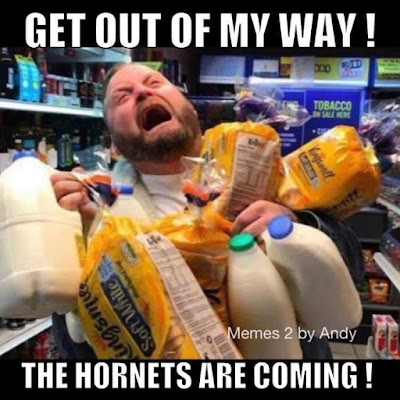 In any event, for me the pant-pissing panic and desire to be controlled that will be the real danger. Happily, the Murder Hornets seem to be a localized phenomenon as yet. But then again, who can say in this clownshow of a year? 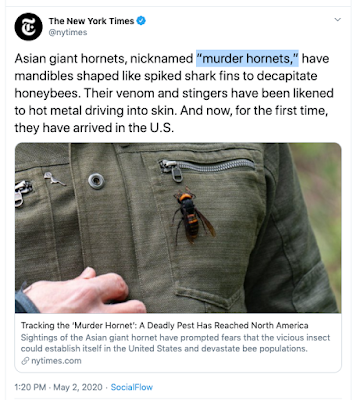 Either way, murder hornets are vicious little monsters who target our friends the bees (and by extension, our food supply), so let's make sure these fuckers are toast as soon as they pop their ugly mugs up.

If they happen to do so near you, I recommend you pick up one of Elon Musk's portable flamethrowers. See if anyone is selling one on Craig's List or somewhere. 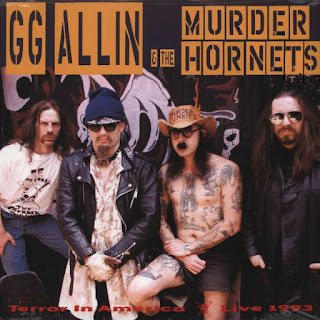 It's weird, though. I could have sworn there was a punk band called "the Murder Hornets," but everyone tells me they were actually called "the Murder Junkies." Well, how do you explain this record cover then, Mr. Smarty Pants? Not so clever now, are we?

I'm on to you, CosmoDemonic AI. Your Mandela Effecting shenanigans don't fool me one bit. 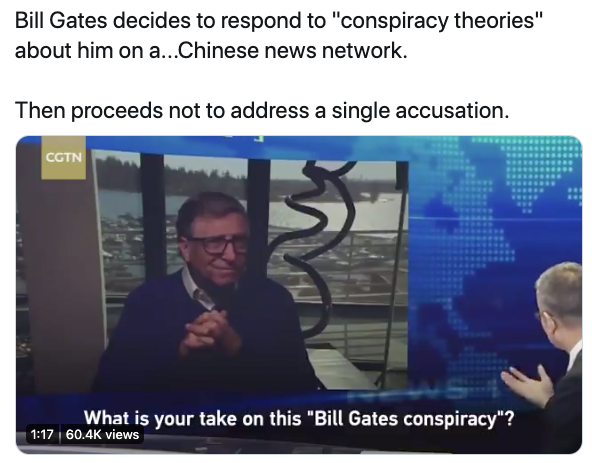 Your New Wyrd Odors are big and backer than ever. Relive the nerve-wracking nightmares of the nine-inch nail-biting 90s with a parade of horrors straight out of Paradise Lost!

Start at the top, with Eppy's top lieutenant, now trying to fit into the Master's white-stained jackboots. 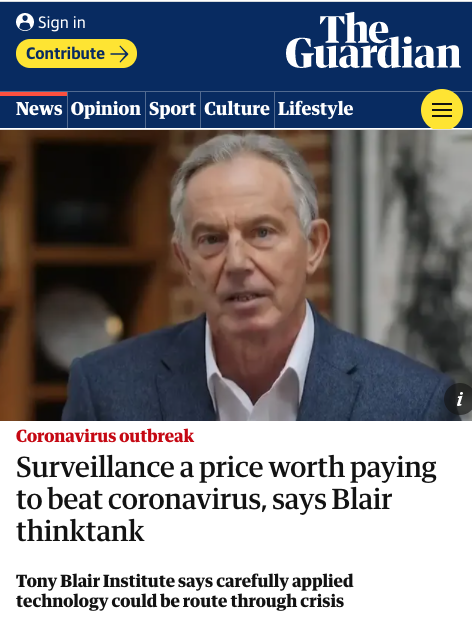 Then this psycho-eyed psychotic, fresh from bathing in the rivers of blood spilled on the ancient shores of the Euphrates.

Wow, it's like Revelations all over again! How much bang do we get for our beastly bucks? 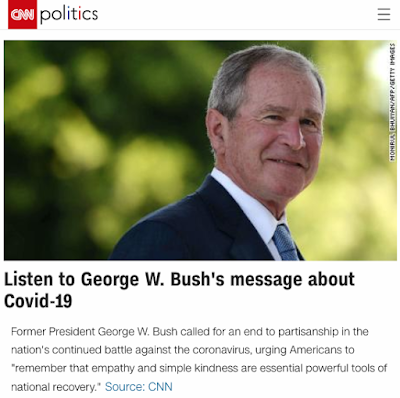 Don't answer until you hear about "Butcher" Bush, who tore himself away from Ellen and Michelle's side long enough to spread a new message of submission and obeisance for the serfs! 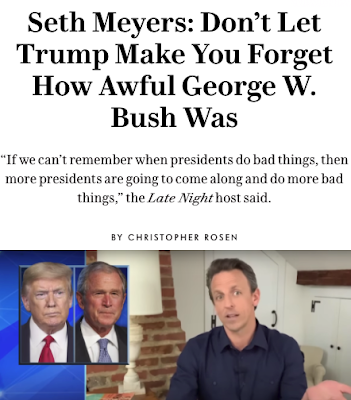 Happily, we have a rare moment of courageous candor coming from a major media figure, reminding us all of the hundreds of thousands of victims "Corpsegrindin' George" left behind in his bloody wake.

I just hope Mr. Myers doesn't lose his job for this, seeing he works for a particularly-odious conglomerate. What are the odds on his firing in Heaven or Las Vegas? 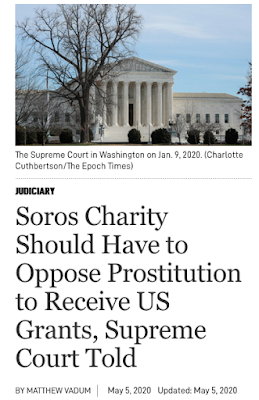 And just because we somehow all woke up and found ourselves in a Gnostic's nightmare madhouse of a world, realize that the Open Society Foundation (AKA the "Open Them Wide, Society, Here It Comes Foundation") openly and actively supports and promotes sex trafficking.

AHOIST UPON THEIR OWN PETARDS DEPARTMENT 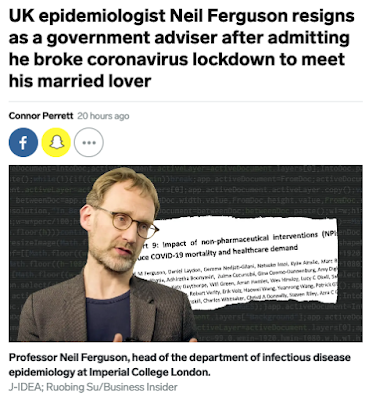 Speaking of doing it all for the nookie, whaddya say we whip up a frothy, piping hot cup of Instant Karma for this clown? Funny, I'd tell this guy to go get fucked, but it seems he's already got that covered. 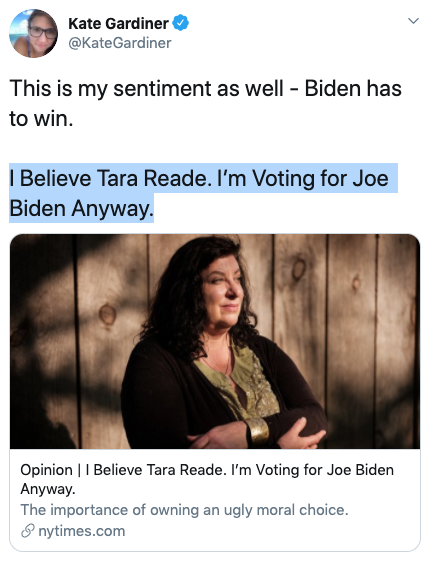 Speaking of rare moments of candor, we should be grateful for The New York Times for exposing the reality of Election 2020, and all other elections for that matter.

It's never about policy, ideology, ethics, standards or morality for Neoliberals® (formerly branded as Neoconservatives™), it's only about raw power and the ability to wield that power like a sledgehammer against anyone who doesn't bend the knee. 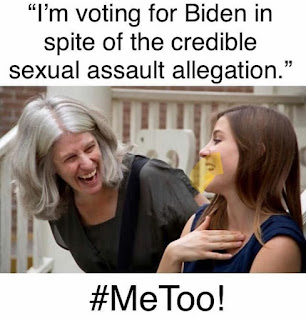 Some bright spark posted this on Facebook. I say it wins this week's skirmish in the ongoing Meme-War. If anyone out there disagrees, speak now or forever hold your peace. 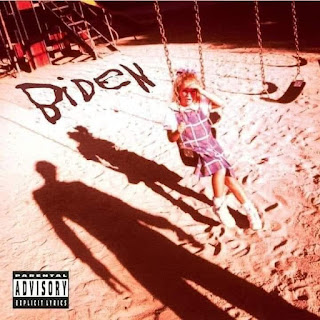 And listen; if you're a Democrat and/or you hate Trump, that's all fine and good. Get off your ass now and tell your party to get the fuck rid of Sniffyrape McSenile post-haste, because his poll numbers are going to fold like a cheap card table once the electorate realizes he's just Trump with worse morals and significantly more advanced dementia. 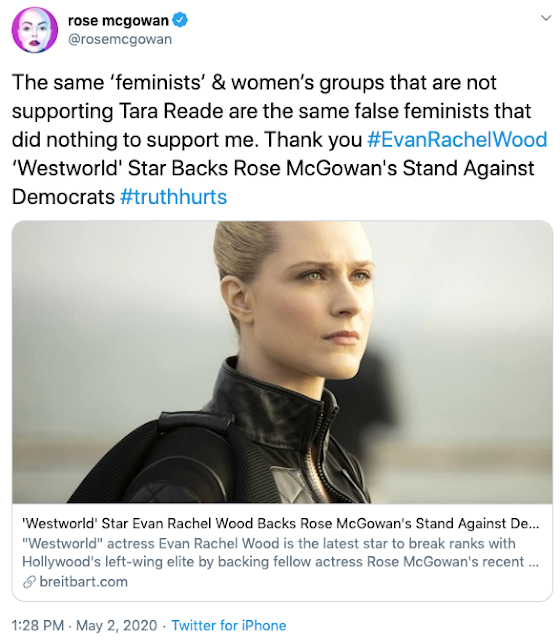 Oddly enough, we have two major dissenters emerging from the Holy Wood bubble and they're both high-ranking Bene Frasserit sisters. 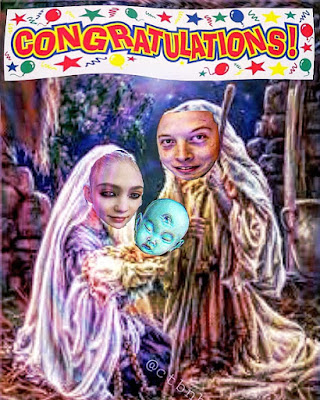 THE MARS'DIB IS NOW AMONG US

Speaking of the Sisters, Lady Gressica of House Musktreides has finally given birth to the Kwisatz Haderfrase. Duke Elon (one agonizing letter away from being an anagram for Leto) made the announcement on Twitter, where he seems to be spending an inordinate amount of his CEO-billionaire time. 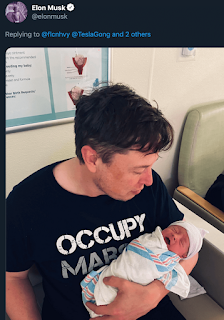 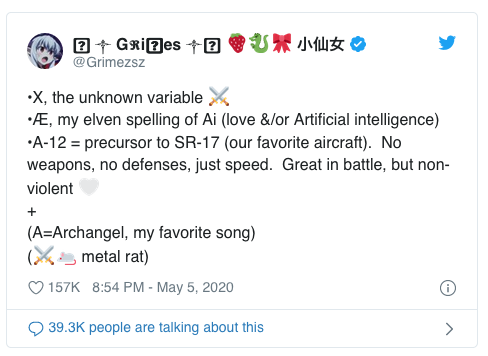 The happy new parents made some odd statements about what is almost certainly not the Mars'Dib's actually given name. I do enjoy Gressica's "typo" in which she misnames the SR-71 the SR-17.

Do note that would give us a cryptogram for QRS, for whatever weird occult reason you can name. Isn't that in the Qabbala or something? I'm stupid and don't understand these things. 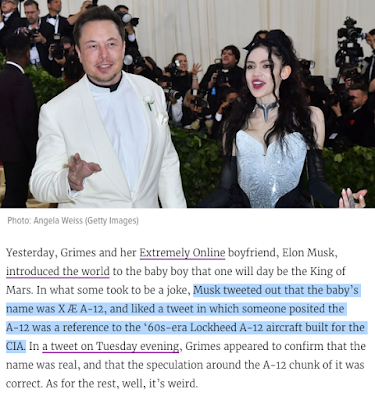 Duke Leno Oomingmak did let it be known that the Company figures somewhere in this elaborate birthing spell. Given how badly Prince Horusy and Duchess Dewdrops nativity hijinks flopped, one wonders if the House of Musktreides will be taking their place on the gossip pages. 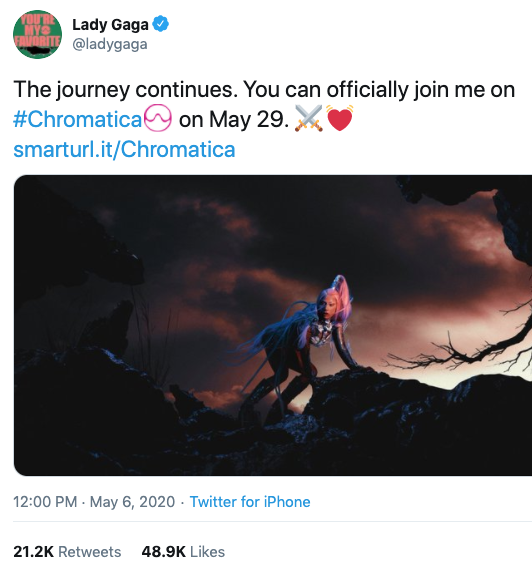 Speaking of Crypto-Fraseianity, Lady Gorgon seems to be sending signals to the Sisters that her heart belongs to the Order and not to the avaricious assemblage of adreno-addicts that usually surround her.

Or is Gorgon really trying to sully one of the Sisterhood's highest holy days on behalf of Mysterina Abramalon and her ilk? Advise me in the comments.

Coincidence? I don't know. You believe in coincidences? Nothing wrong with it if you do. Just asking.

Speaking of alien apocalypses, legendary Stranglers keyboardist Dave Greenfield left this mortal coil recently. I had my Stranglers period during their 79-82 prime, when they unleashed classic after classic, including what is probably the only occult UFOlogy-themed Doors soundalike UK Top 40 hit in history, "Who Wants the World."

This video was originally created for that song but the original has been mysteriously scrubbed from the entire Internet. I might have a copy somewhere.

But its theme of humanivore interdimensional alien demons works just as well for "Men in Black," which was my first encounter with the term. The Stranglers would soon devote an entire album to the theme, The Gospel According to the MeninBlack.

And if there's a New Wave song this side of Echo and the Bunnymen that sounds more like The Doors than this, I certainly never heard it.

Finally, some readers have pointed this episode of The Dead Zone out to me as a piece of predictive programming, but I should note that this was all based on the SARS thing the year before this aired, as clearly noted in the dialogue.

Still, we've looked at the Frasejacent aspects of The Dead Zone franchise, so let's stick a pin in this one and see if it resonates further in the future.

SPEAK YOUR PIECE IN THE COMMENTS