Depends on How You Choose to Look at It 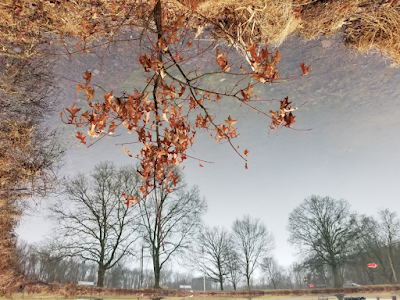 Things aren't always what they seem. It's just a question of changing your perspective. Which can be a lot harder than it sounds. 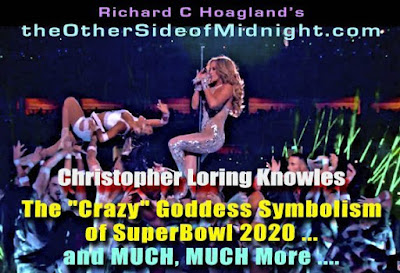 Which is a really lame way of me explaining how my pal Richard Hoagland and me locked horns on my most recent Other Side of Midnight appearance. I think I was just looking for an excuse to headline that awesome photo I took.

Anyway, Rich and me covered a whole host of topics, many of which deal with ritualism and the objectives thereto.

I did initiate RCH-- briefly-- into the Mysteries of Frase, specifically in connection to Bene Frasserit witch Lady Grimesica and House Musktreides. Also brought RCH up to speed on The Millennium Dome Show, which was clearly the beta-test for all of the massive public rituals we've seen ever since.

But we look at the same data from different perspectives, so we take them to different conclusions. Which is to say this was a maddening, frustrating yet typically spirited gabfest for me, as well as an opportunity to keep RCH's Boomer audience up to speed on what's going on in the Wacky World of Weirdness these days. Offering a different perspective. 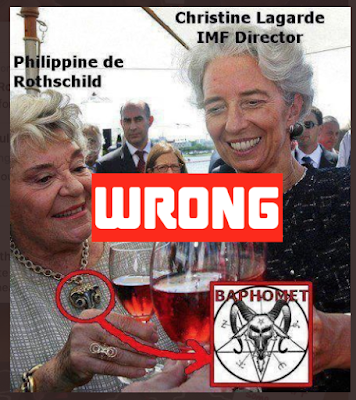 Take this meme, for instance.

Because of bad information cut and pasted over thousands of websites over dozens of years, a lot of folks might see a goat and immediately think "Baphomet." Typical rookie mistake. Especially for your conspiranovice types, many of whom don't even understand the biological difference between a goat and a ram. 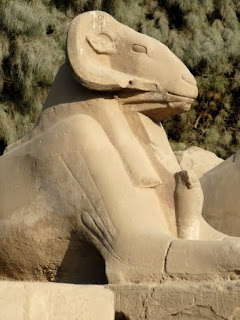 Of course, Secret Sun readers realize that the ram's head is actually Amun, AKA Amun-Ra, AKA Jupiter Ammon.

You remember Ammon, right? The god of kings that mother-friggin' Ba'albek was built in honor of? The Horned and Hidden God, that would make both Satanists and conspiranovices shit blood in mortal terror, if either had a single clue what is really going on in this world?

Luckily, for those unfortunate enough to do their laundry, they don't.

But hey, we're all human. We all make mistakes.

For instance, I'd see Robert Deniro taking shots at Trump and chalk it all up to the amped-up, pro wrestling nature of American politics these days. Just more theater from a lifelong thespian.

Figured Bobby D was probably just trying to keep himself employed in HollyWoke. Silly stuff, not worth a second thought.

I'm not stupid. Well, not totally stupid, hard as that may be to believe. I've read about Deniro and his rumored escapades on CDAN and watched vids like Jamie's there.

I knew sites like Snopes and Polifact have twisted themselves in pretzels trying to convince themselves that Deniro wasn't really linked to a sex trafficking operation back in the 90s, he was just questioned by the police in connection to one on account he was one of their clients. There's a difference there, I guess. If you squint hard enough.

But then this weird dude got busted... 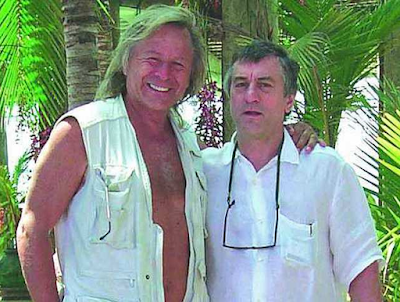 ... and then this picture turned up, of Deniro on Nygard's little alleged Caribbean rape-oasis. And then I happened to notice Deniro's gotten awfully quiet recently.

Then I hear rumors had been circulating for years that Nygard and his buddy Bobby here might have other kinks in common. If you get my drift. (hint: yuck).

I mean, I'm a good-hearted guy. I generally like to give people the benefit of the doubt, especially an actor whose work I greatly admired in the past (meaning before he became a phone-it-in, only-in-it-for-the-money hack). But I'm also a smoke-and-fire guy. And a "three strikes" guy.

All I'm saying is that I'll be keeping an eye on this story. Seems more pivotal than even the lurid headlines would have you believe. Massive tectonic plates are moving beneath the stormy waters. I can feel it in my tendrils.

Anyway, have a listen to my appearance on TOSOM and tell me what you think.

Don't forget my appearance on another legendary podcast with the legendary Freeman Fly. We don't really get into the book per se, but needless to mention we cover the same kinds of issues that it does.

The first hour and change is available for you here at FreemanTV.