Doctor Who: Another Woke Bites the Dust 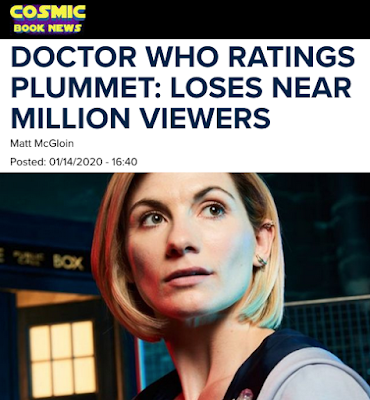 The totalitarian murder-suicide-pact cult of Woke claims another victim: the venerable Doctor Who franchise, which heretofore had always preached traditional liberal values, is the latest sacrifice on the illiberal altar of intersectionalism.

And so a property that had been earning tens upon tens of millions of pounds for Auntie Beeb looks like it's about to succumb to stage 6 Wokeinoma.

And will probably never recover, even if sanity could prevail and the course could be corrected. Too many egos fluffed by too many participation trophies-- and too many fake social media metrics-- are invested in crashing the freight train of pop culture smack dab into the brick wall of financial reality to stop it all now. 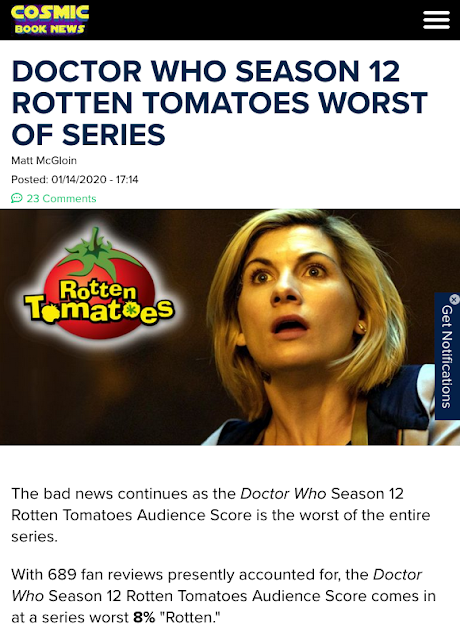 I realize a lot of people entertain paranoid fantasies of the corner offices of the entertainment-industrial-complex being filled with Machiavellan overlords with super-genius IQs, but the fact of the matter is that they're predominantly filled with mere functionaries, mortally terrified of committing even the faintest heresy against the endlessly-arbitrary orthodoxy and falling from their very richly-nested perches.

The blunt, brute truth is the C-levels of these conglomerates have no answer to the Woke Ebola, not with these kinds of properties at least. A minuscule handful of shut-ins on Twitter can hold even the mightiest multinational at ransom, and there's absolutely nothing to be done about it. 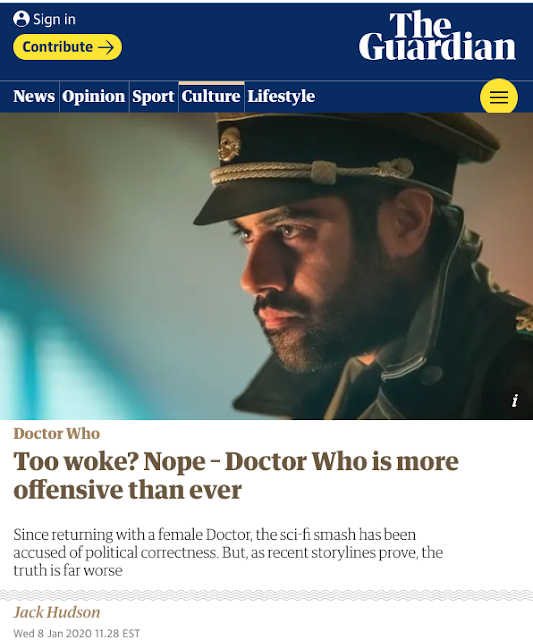 And the sheer bloody hell of it all is that there is NEVER any pleasing the Hive.

Bend the knee at one Station of the Woke and the goalpost will simply be moved, again and again and again, rinse and repeat, ad infinitum. The carrot is never reached and all you ever get is stick.

I suppose there's some kind of karmic retribution at play here, but that will be very cold comfort when the entire ecosystem collapses. Which, at this rate, will be much, much sooner rather than later.


The fact of the matter is that the machine as it exists today runs on inertia and inherited value, as well as on the sweat equity of the thousands of undervalued craftspeople who make marketable product of what is often total and complete nonsense.

It's very much like Idiocracy, given that the concepts and stories these properties are all based on were created and perfected long before most of the people making these movies and TV shows were ever born, and that it's that impressive machine-apparatus of technical know-how that makes it all happen.

Without CGI the entire SF and superhero genres would recede back into marginality, literally overnight. But at this rate, I don't know if even the forever-looming promise of virtual reality can staunch the blood-loss.

I guess it shouldn't surprise anyone then that Doctor Who sprang from some extremely-familiar soil, as far as Secret Sun readers are concerned.

I'd love to tell you that this is all some longstanding super-scheme, that the seeds of the impending collapse were planted 60 years ago by a vast invisible college of Blofelds, but I can't in good conscience do such a thing.

This all jibes with my pet theory that these theoretical schemers may be evil, ruthless and endlessly clever, but are in fact stupid. Not stupid in the sense of IQ, but stupid in the fact that they mistake their adolescent fantasies for fact. That in straining towards apotheosis they pull away at the very foundations of their power.