The Ice Age is Coming, the Sun's Zooming In

I woke up this morning and my phone informed me that it was 12ºF outside. I think that roughly translates to -70ºC or something.

I dunno, I suck at math. But I think you get the idea.


It is supposed to warm up tomorrow but we've already had a fairly serious snowstorm that caught everyone by surprise and nearly brought the New York metropolitan region to a standstill.

It wasn't quite as nasty as the Halloween nor'easter a few years back and thank God for small favors, believe me. That was utterly terrifying, and you're talking to a chap who's lived through more than his fair share of blizzards.

But still, none of this is supposed to be happening. All the smart set declared snowfall to be deader than Disco, a few days before New England got hammered with a series of four-foot snowfalls, if memory serves.

"Global Warming" was all the rage when I was a young buck, until every single, solitary, ever-lovin' warming model put forward by those champions of truth and liberty like the World Bank, the Club of Rome, the Trilateral Commission, the BBC and NASA (an acronym for "Never Any Science Accomplished") failed and failed again. Then "global warming" was changed to that all-purpose movable goalpost, "climate change."

Not for nothing, but I reckon climate prediction is a sucker's bet. Too many variables we can't reliably predict for.

You probably recently heard a lot of talk about climate change following the most recent wildfires and I do think that ACC does actually apply in cases like that, if not of a global kind. More like the "who the hell ever thought it was a good idea to cram 40 million human souls-- with their fleets of gas-guzzlers and private jets and their air conditioners and mansions-- into a desert wasteland?" kind.

Into a huge hunk of dust and rock that'd be drier than the Moon if not for massive irrigation diversions from rivers up north? Into a strip of land bordered in by mountains that do a quite lovely job in trapping all that heat and smog and slapping it all back in the faces of those poor folks in the valleys?

Yes, I do believe that California's climate is getting raped six ways to Sunday. I saw it for myself when I looked out the window of a Burbank office building and saw a toxic green cloud of shit hovering over the entire valley.

It's almost certainly happening in other mountain-ringed wastelands that we irrational shaved apes feel compelled to shoehorn larges numbers of ourselves into. But seeing how microscopically minuscule our actual footprint is on this huge and inconceivably-empty planet, I do have to admit to being a tad skeptical as to the current climate religion.

I'll have to learn to live with the shame. 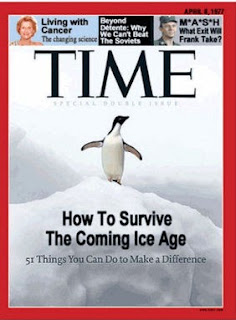 I'm also old as fuck, which means I'm old enough to remember when the exact same bank...er, I mean scientists were predicting the coming of a new Ice Age. And lo and behold, Ice Age Mania is the latest manifestation of 70s nostalgia to make a big splash.

But unlike the NASA-UN models, these predictions seem to be backed by hard science:


Professor Valentina Zharkova gave a presentation of her Climate and the Solar Magnetic Field hypothesis at the Global Warming Policy Foundation in October, 2018.

Zharkova models solar sunspot and magnetic activity. Her models have run at a 93% accuracy and her findings suggest a Super Grand Solar Minimum could begin in 2020.

A Super Grand Solar Minimum would have four magnetic fields out of phase. There was about 40-60 years of cold weather 350 years ago.

This was a Maunder Minimum of lower solar activity. The historical cold weather had two magnetic fields out of phase.

Zharkova is predicting a cooling effect that is 2.5 to 4 times larger than the Maunder minimum. Zharkova’s analysis shows an 8 watts per square meter decrease in TSI (Total Solar Irradiance). A 2015 Nature study looked at 2 watts per square meter decrease causing a 0.13-degree celsius effect. A four times larger effect would be 0.5-degree celsius. 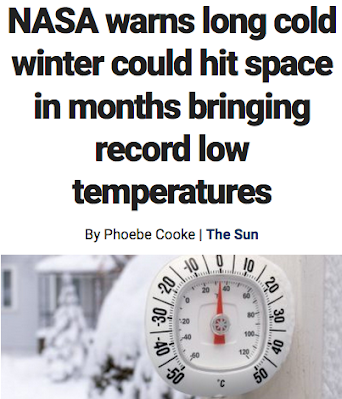 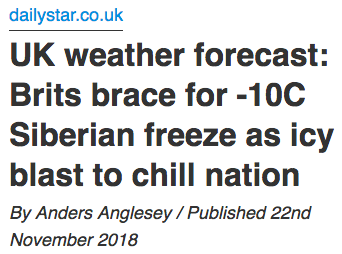 Even Now Adore Satan, Assholes is getting on the cooling gravy train now. However, I hear the guys at the BBC are having a movie party tonight (I hear it's a double-feature with Powder and Apt Pupil) so their AIs are still stuck in carbon emission scare mode. Allegedly.

But the gutter press seems to be reporting the actual weather, probably on account of their reporters not being invited aboard the BBC's 9th annual Arthur C. Clarke Memorial Climate Cruise, whose ports of call this year are Bangkok, Sri Lanka and Bali. 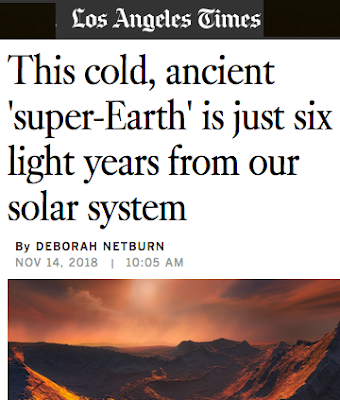 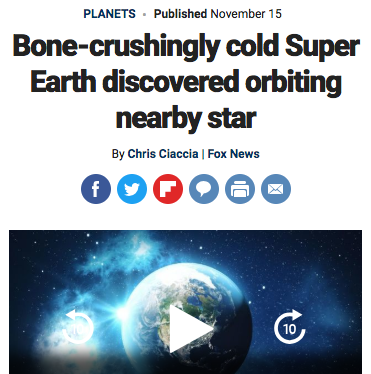 Odd with this news about solar minimum that this story hits the wires, of a frozen earth orbiting Barnard's Star, which lies in the Ophiuchus constellation. 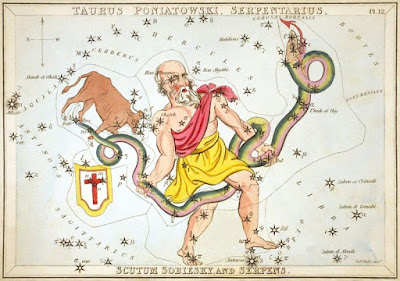 My own brain-fried exegesis posits that Ophiuchus is the model for the Archangel Michael in Revelation 12, and is probably connected to Horus in some ways as well. Possibly Saint George as well. 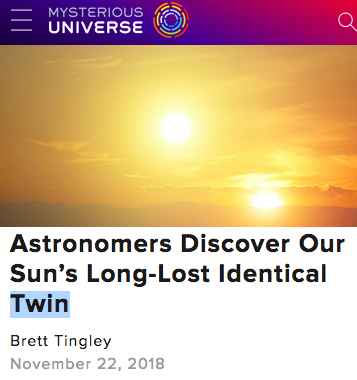 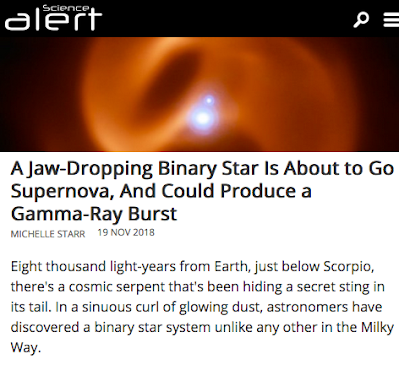 And since supernovas and cosmic rays are at the core of my psychotic delusions thesis, I should also mention that another Twin star system is set to go supernova in old Ophi's neighborhood and is being named Apep, after the dread Serpent of Doom of Ancient Egypt.

Apep is also set to bathe our fair orb in gamma rays, which is weird seeing as how a unch of nutty science types recently named a new constellation after the Incredible Hulk and all. 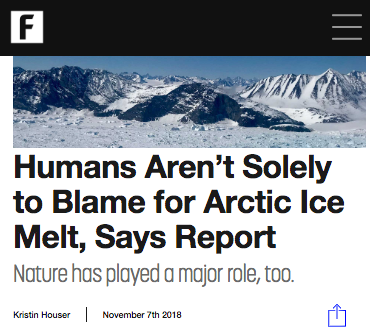 Regular readers will remember this bit of errant nonsense from a week or two ago and it seems as if the real source for the ice melt in the Upside Down isn't us lousy, stinking longpigs after all but... 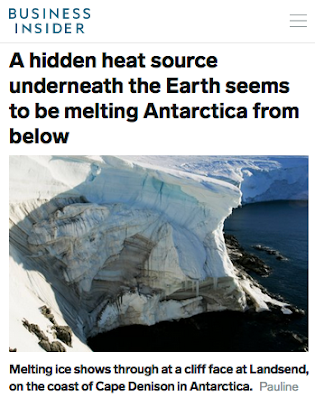 ...exactly what anyone with critical thinking faculties thought it was, especially given how Antarctica has been blessed with record snowfalls these past few decades. 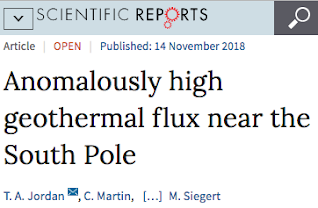 I'm not sure why this is making such a fuss in the popsci press, given how we heard about subsurface volcanoes in the vicinity of the Ross Ice Shelf late last years. But that melt in the BI item is from Cape Denison... 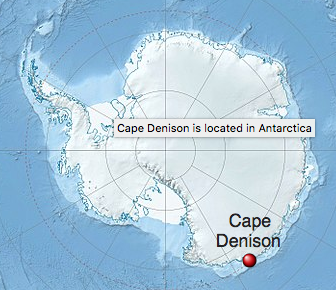 ...which lies in that region of East Antarctica where all the action is lately. Which is cheek-by-jowl with you know it, you love it... 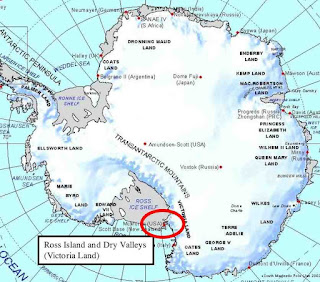 ...Victoria Land.
So I guess now we know how to bring a blush to the snow; with anomalously high geothermal fluxes. 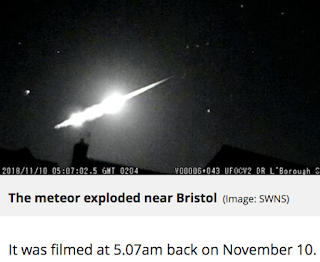 And just because I'm slipping ever deeper into that coma I mentioned, Reader Huw informs us that a "once in a lifetime" video of an exploding meteor was shot over the adopted hometown of a certain Voice of God some of you may remember from the mist-shrouded past.

As dumb luck would have it, this was an Orionid. I know, I know; what are the odds? Astronimical, right? No pun intended.