Veteran of the Synchro Wars 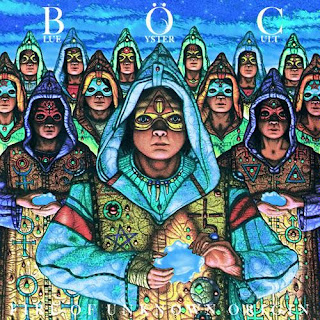 There's a certain school of thought (let's call them School #1) that is willing to entertain the paranormal - psi, poltergeists, UFOs and so on - but does so in the context of a kind of unconventional interpersonal psychology.

Yes, these things occur but they exist in some kind of grey zone between imagination and reality, that they are manifestations of a kind of extreme state in which perception creates a new class of phenomena, not entirely real but neither entirely imaginary either. I'm probably not doing justice to this philosophy but that's the basic contours of it.

I suppose Jenny Randle's "Oz Factor" might qualify here but it's by no means a definitive case. Perhaps Jung's flying saucer book is a better example but I personally don't think that book reflected his true feelings on the topic. But a lot of people love to cite it so it certainly reflects theirs.

Then there is another school of thought (let's call them School #2)  that goes a step further and argues that these phenomena do exist but are generated entirely by the human mind in the same way tulpas are believed to be - they are thought forms that have no objective reality outside of the human mind that creates them. This comes out of a kind of post-determinist humanism, and often seems focused on the outcome of being able to harness extreme phenomena or at least be able to objectively verify them.

There are many variations on these, and many similar efforts to place unusual phenomena into a scientific context, something that both alarms and offends scientists and tends to alienate people otherwise interested in extreme possibilities (many of whom don't trust scientists to begin with).

As early as Jung there have been efforts to understand Synchronicity in the context of science, but given the polarization of our culture since then I don't know how successful those efforts would be today.

I've noticed a major backlash against quantum physics or quantum mechanics (where you might find scientists sympathetic to these ideas) in the past few years, which is most assuredly a byproduct of the larger culture wars, given that religious people and New Agers often cite quantum physics (and often do so without having a clue what they are talking about) to bolster their own ideas and beliefs.

Personally, I think trying to shoehorn unusual phenomena into the context of science - as tempting as it may be - is a mistake. I just don't think it works in that context. You're also inviting all kinds of trouble into your life since scientists and their groupies are very jealous of the prestige of "Science"- it's often all they really have to brag about.

And as Jacques Vallee has remarked about the UFO phenomenon, it seems to intentionally defy scientific analysis. Who's to say the same doesn't hold true about Psi or NDEs?

Maybe they don't want to be pinned to a table and dissected.

As I mentioned before, the best Synchromystic I knew was doing his thing a long time before I ever heard the term. He was a trickster and a provocateur, an occultist of a crypto-Masonic order I never heard of before I got to know him. I was also stunned to realize once I did get to know him that he before he moved out west he used to live the next town over from me, literally right down the road. That coincidence was mind-blowing in the context of its time.

He didn't believe Synchronicity was acausal. He believed that it was very definitely caused by extradimensional entities who were essentially screwing around with the human race for their own purposes. This is not as unusual a position as it sounds- it's essentially what John Keel put forth in his classic-period books. He thought we were being screwed with as well.

I'm not entirely convinced that psi is not connected in some inscrutable way to autonomous intelligences that interact with us in extraordinary circumstances. After all, that makes as much sense as any other explanation, given that we simply don't know anything about the source of these experiences, only their effects.

Moreover, I think the overall condition of the collective consciousness seems to affect how all para-whatever effects or events unfold. So while I don't believe that say UFOs are the product of the human imagination neither do I believe that they don't somehow respond to what's going on down here in some fashion. And they always seem to burst back in the public consciousness just after the cognoscenti have declared them a dead topic.

Similarly, there were a lot of poltergeist reports in the early 70s*, back before young people anesthetized themselves with smartphones. It was a stressful time in general and the most vulnerable population would naturally be under the greatest stress.

Now Schools 1+2 would argue that this was all emerging from the human imagination or psyche and that no external entities need apply. But what if poltergeists were attracted to the unrest these children were experiencing and fed off it as well as the general level of stress in the culture? (I would note that this wave coincided with a major UFO wave, which hardly seems random to me).

But if everyone is essentially operating in the lowest psychic state humanly possible - meaning the state that we've been conditioned to operate in in contemporary society - then you're probably not going to see much interesting happen, since everyone is tuned into the materialist, narcissist channel of consciousness.

It's kind of like how popular music was a lot more interesting back when people learned the basics of music and songcraft in school or in their religious institutions. The less the population as a whole knows about music the simpler and less resonant our popular music becomes. It's why you can still hear songs from the 70s played every day on the radio but most young people forget about the popular songs that were released last month.

Music is important, not only because I have personal experience with it but also because it was the currency of popular culture in the postwar era when all of these ideas were being bandied about.
Note that the general war on consciousness we see today was accompanied by a war on music that has left popular music in the worst shape it's been in almost a century.


*There was a time when everyone I knew either had or knew someone who had a personal encounter with ghosts. Some of the stories I heard were extremely fucked up and not the kind of thing you'd make up to comfort yourself over your fear of death, or whatever the excuse of the day is with skeptics. Whether or not these were in fact the work of dead souls or some other force entirely is another question altogether. I'm inclined to doubt the classical ghost narrative myself though I hesitate to quantify exactly what these entities were. All I can say is know of people who were not otherwise given to belief in the paranormal at all having truly messed-up experiences.
at November 04, 2015