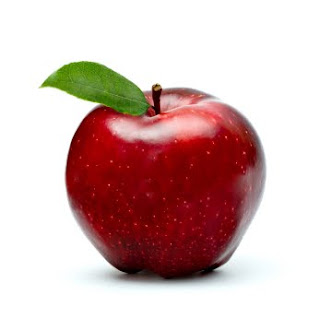 Back sometime in halcyon days of the 1990s (you know, back when everyone had "jobs" and "money") comics superstar Grant Morrison was staring down the dreaded cancellation barrel on his opus The Invisibles, the comic he claimed Tibetan aliens were channeling through him (more or less).
So he asked his readers to indulge in, uh, ritual self-abuse at an appointed time while contemplating a sigil that he'd designed for the occasion. The ritual apparently worked, though it may well have been because his publisher thought it expedient to keep a big name writer happy. Morrison also wound up in the hospital soon-after, proving that even magical swords cut both ways. But it confirmed Morrison's views on the power of sigils:

This is verifiable. People have been telling us about this for thousands of years. Even the Tibetans have been telling us about this, the Mesopotamians have been telling us about this, and why has it been made occult? Because Coca-Cola have got the secret, these people know what we're talking about here because what you do is you create a sigil, Coca-Cola is a sigil, the McDonalds 'M' is a sigil, these people are basically turning the world in to themselves using sigils. And if we don't reverse that process and turn the world in to us using sigils, we're going to be living in fucking McDonalds! Magic is accessible to everyone, the means of altering reality is accessible to everyone, and when everyone starts doing it we're going to see our desire manifest on a gigantic scale.

Of course, Morrison doesn't have to sell me (or you, most likely) on this concept. Even so, it dovetails with an idea I've been kicking around. It goes like this- what happens when a group of people from all over the planet focus on the same image while trying to solve a problem or resolve an issue? So, I devised a very simple and almost completely unscientific experiment to establish some kind of baseline.
Here's how it works:
1. Pick a longstanding problem or issue that needs to be solved/resolved. It should be relatively simple but persistent -- a problem that you haven't been able to solve through conventional means. Your selection process might take a while.
2. Every time you focus on the problem, picture the apple that you see up top. This requires a small amount of multitasking, in that you need to simultaneously think through the problem while keeping the apple in your mind's eye.
3. Give this process seven days from start to finish. Be careful in selecting your particular issue and make sure you're not contemplating any harm or ill will to any person, animal or inanimate object. It could very likely backfire on you.
4. As always, be very rigorous in your methodology. Document the process, if it helps Don't fudge the results. There's nothing to gain or lose here, it's simply an experiment in the power of the Collective Consciousness. If you like you can run another experiment at the end of the initial seven-day trial. You can share your results or keep them to yourself. But I hope you'll share any extraordinary results, particularly those you can document.
And may the Source be with you.
at February 15, 2011