Fringe and the SciFi Singularity

I'm not exactly sure why, but my passion for and preoccupation with sci-fi has become practically religious over the past few months.
A lot of you might be scratching your heads and asking, "how is this news?" But it's gotten to the point that if a book or a film or a TV show doesn't have some sci-fi or fantasy element, I have no interest in it at all.
I totally blanked out on the most recent season of Rescue Me (a show I used to like quite a bit) because I sat down to watch the season opener, and even with Tommy's hallucinations it seemed so irrelevant to me. Halfway through the show I said to myself, "this should be in space."
Out loud. 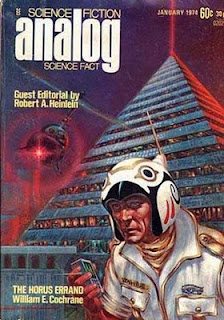 I think the prevalence of reality shows and documentary film has a lot to do with it. People are so willing to put their real-life dramas on screen these days, that it makes all of the make-believe drama seem pretty trite. It almost starts to feel as if these dramas and comedies are just mockumentaries, but a particularly lame variety of the genre.' 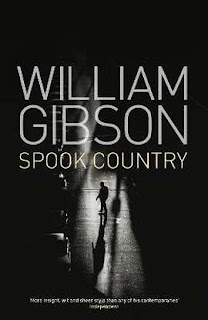 Moreover, it seems like a comforting clinging to the past, when the future is very much in doubt. As I've said before, I'm stunned by how much 2010 reality reminds me of William Gibson's 80s novels. So many of the problems we are dealing with now are simply a fulfillment of prophecies I read in sci-fi novels.
Even Walter Russell Mead, one of those luminaries of the real government, noted how sci-fi is more relevant than ever (even if a lot of the authors he cites are not):

"Taken as a whole, the field of science fiction today is where most of the most interesting thought about human society can be found. At a time when many academics have become almost willfully obscure, political science is increasingly dominated by arcane and uninspiring theories and in which a fog of political correctness makes some forms of (badly needed) debate and exploration off limits, science fiction has stepped forward to fill the gap.

In the work of writers like David Brin and Neal Stephenson there is more interesting reflection on America's place in the world than you will find, I fear, in a whole year's worth of reading in foreign policy magazines. 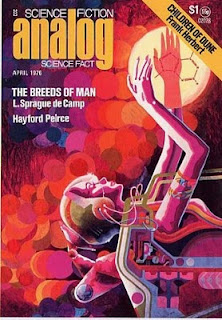 This paragraph seems a little too hopeful- young people don't seem to be reading much of anything:

Young people should read this genre to help open their minds to the extraordinary possibilities that lie before us; we geezers should read it for the same reason. The job of our times is to build a radically new world; speculative fiction helps point the way."

Unfortunately, speculative fiction isn't pointing the way; unparalleled greed, power-lust and religious fundamentalism are building a radically new world for us already. But maybe when all of the death-crazed alpha males bring the whole damn world crashing down upon our heads (which will be sooner rather than later) then sci-fi will offer us a road map back to civilization. 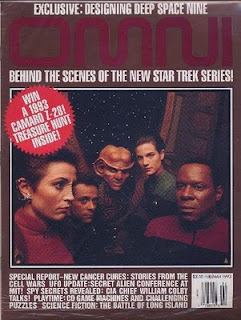 Finishing what Roddenberry began:
the last real Trek
Like all great sci-fi, Fringe is sending out warnings about the dangers of science run amok, or dare I say it, science without spirit. The best - and most resonant - sci-fi is deeply spiritual, but as a matter of fact, not tied to some loathsome sect or creed. It answers a lot of the questions religion can only ask, and can immerse people in that new reality (Avatar, for instance) For a lot of people, it might be the only spiritual entertainment they consume. It all goes deeper than that, but I can't quite explain why right now. In the meantime, check in with your reviews of the season opener later on tonight.
UPDATE: So, Fringe. Well, it's fascinating that they spent the season premiere erasing Olivia's personality and replacing it with the new, kickass alt-Olivia. She'd become kind of a fifth wheel in the second season, not only because the writers realized what a goldmine they had in John Noble, but also because her personality really wasn't very interesting to begin with.
So now we have alt-Olivia in both worlds, which is more than fine with me. There was also a very subtle critique of the first season, with its team-building corporate mentality and paramilitary ambiance. In other words, we flashed back to the old Fringe Division but they were all dressed like Death Star officers.
The series really didn't show signs of life until they did away with all of that tired cop-boosting that you can see on any show and really caught fire when they basically took the X-Files formula and ran with it.
The alt-Universe vibe is very well rendered, in fact I hope they do a lot more over there. It reminded a lot of Caprica in many ways, and reminded how nervous I am about that show's future. I'm not sure how it's all going to play out since it looks like Earth I's Olivia is going to be doing the standalone investigations, but I have faith in the writers.
CODA: A lot of people have been asking me if I saw The Event, but I haven't yet. There's something about that reminds me a little too much of Flash Forward- in other words, taking that suffocating network drama vibe and applying it to a mild sci-fi concept. I'm interested in hearing your thoughts on it, and will probably give it a look over the weekend.