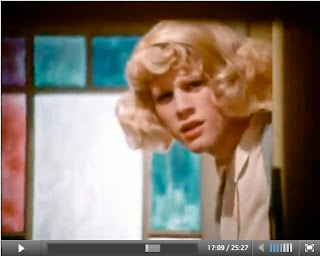 Has it really been five months? I'm reposting this since I wanted to post part 3 and realized absolutely no one would remember what the hell I was talking about. I had planned to clear out the queue this summer, but it's been so hectic, symbol-wise.
Strangely enough, it was an airing of Transformers 2 last night that brought this series back to mind, as well as the usual memetic background noise. I will also be returning to the Transformers issue as well, seeing as my second viewing of the film revealed a much, much different- and considerably darker and heavier- film than the one I saw last year. "More than meets the eye" indeed...
Before the long-running sitcom Happy Days gave us the term "jump the shark" it was one of the biggest hits on TV, offering nostalgic comfort food to a nation scarred by the convulsions of the Sixties, Viet Nam and Watergate. Its humor was extremely mild and gentle, revolving around a middle class, Midwestern family in the placid Eisenhower years.
It starred Ron Howard, the carrot-topped moppet of The Andy Griffith Show and now one of the most powerful men in Hollywood. It was also the last place you'd expect to find crypto-Masonic initiations, ritual androgyny and candlelit rooms filled with robe-clad secret societies.
Well, at least back then. 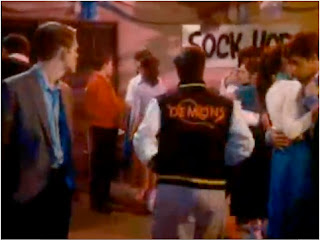 In the first season episode, 'The Deadly Dares', Richie and Potsie strike out at a dance, then watch in horror as a paunchy schlub (played by an actor who looks around 40) picks up a hot blonde who is taken in by the allure of the schlub's Demons jacket (the Demons being a school fraternity with secret society pretensions). Interesting placement of schlub's head there, no? 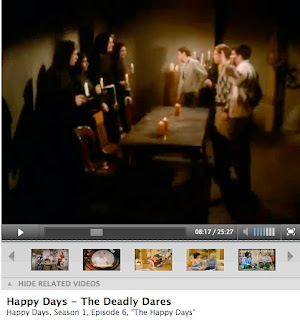 Fonzie is an inactive member of the Demons and sponsors Richie and Potsie for membership. The Demons accept them, but first the two must undergo an series of hazing rites, most of which are cringe-inducingly lame. Mind you, this is a show that went out of its way to be inoffensive. 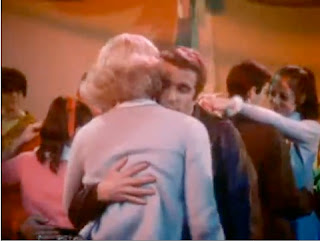 Which makes this scene all the more interesting: Richie and Potsie have to dress in drag and attend a sock hop. They can't leave until someone asks them to dance. Fonzie unwittingly slow dances with Richie and seems to be extremely aroused by his pal.
Shades of Jimmy Olsen, which makes sense given Fonzie's later superhero persona. Every Hercules needs a Hylas, right?
'The Deadly Dares'- like the rest of the Happy Days series- won't be remembered as a masterpiece of comedy. The series was a palliative- a soothing balm for a wounded nation trying to relive those halcyon days when America was the only industrial power that wasn't crippled by the wars. In the context of the series, the episode is an aberration. In the context of Ron Howard's career, it seems downright prophetic.
After leaving Happy Days, Howard tried his hand as a director, working on low -budget fare for producer Roger Corman. His first two features were Grand Theft Auto (1977) and Cotton Candy (1978). In the context of this story, however, his third gig as a director is more telling.
Through the Magic Pyramid was a 1981 made-for-TV movie about a young boy named Bobby Tuttle who travels back in time through a magic pyramid and engages in all sorts of wacky hijinks with a young King Tut, the great restorer of the Horus throne.
Pyramid starred Chris Barnes, best known for his portrayal of the foul-mouthed Tanner Boyle from the Bad News Bears movies. Pyramid also starred Vic Tayback as Horemheb, but the less said about that the better.
But Howard’s first big hit was Splash, in which Howard began a long and successful collaboration with Tom Hanks (their most recent pairing is the Illuminati-themed Angels & Demons). Splash is a spin on The Little Mermaid, in which Daryl Hannah plays a mermaid who comes to live on the surface world (note that Daryl is traditionally a man's name). 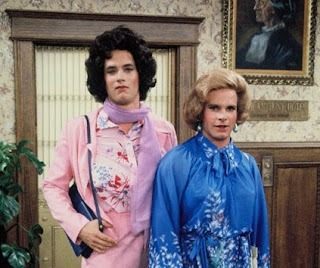 And of course, Tom Hanks is no stranger to androgyny himself (ritual or otherwise), having made his bones as a crossdresser in Bosom Buddies. All of which gives 'The Deadly Dares' a distinct taste of meta- almost as if we're witnessing some kind of initiation with these roles themselves, outside of the interior narrative.
Speaking of Superman, I can't help but remember that Terrence Stamp's 90s comeback was kicked off by Priscilla, Queen of the Desert, a film that also launched the careers of Hugo Weaving and Guy Pearce (all of whom made for extremely unconvincing drag queens). 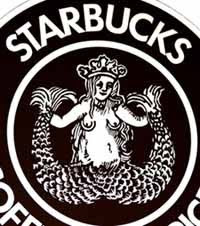 The mermaid was an important symbol to the Alchemists, who called her the ‘Siren of the Philosophers.’ More importantly, the Siren also brings us straight back to our old friends Oannes and the Nommo... the Sirians, in other words. 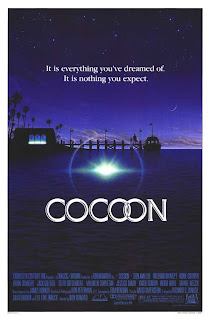 We'd meet those folks in Howard's next hit, Cocoon. A film which is also a lot deeper, subversive and symbolically loaded than it's usually given credit for- and which seems to be a kind of sub rosa sequel to Splash.
UPDATE: Kirk Ultra checks in with this absolutely mind-boggling video, replete with Alien Isis and anthropomorphic Anubis. Here's the lowdown from TV.com:

Inspired by the hit ABC-TV series Happy Days, this cartoon has Fonzie and the rest of the gang (Richie, Ralph, and the Fonz's dog Mr. Cool) spread cool fun as they travel in a time machine to different times and places throughout history.

Their guide is Cupcake, a young futuristic girl who pilots… More the machine, which they repaired for her following her unscheduled landing in Milwaukee in 1957. The original cast members voiced their own characters. Voices included: Fonzie (Henry Winkler), Richie (Ron Howard), Ralph Malph (Don Most), Cupcake (DeeDee Conn), and Mr. Cool (Frank Welker). The cartoon began on November 8, 1980 and ran until September 18, 1982.

Moral of the story- There is often semiotic treasure in the worst pop culture trash, if you know where to look for it. Yeoman's work, Kirk. NOTE: Kirk also reminds us that UFO/alien-themed Mork and Mindy was a Happy Days spinoff, though I'm still debating whether it's worth including in the series.
Maybe I'll have to watch the episode where Richie meets Mork again. We will glance over Lady in the Water again...
at August 26, 2010