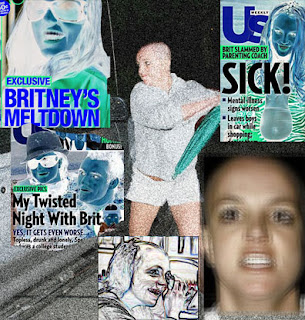 In the Journal of Evolutionary Psychology, DJ Moores wrote of Jung's theories that scapegoating and ritual sacrifice spring from the ego's inability to deal with its Shadow, the accumulation of negative emotions that all of us struggle with, but that the pious and the devout in particular are unable to accept in themselves:

The shadow is most commonly encountered, according to Jungian theory, in projection. In an attempt to defend itself, the threatened ego projects the undesirable traits onto the "other"--people we hate, groups we marginalize, and figures we demonize. This is the surest way to maintain the monarchy of the ego, for to experience the shadow as a projection outside of self is to distance oneself from one's inner demons.

Scapegoating is, therefore, pure shadow projection. The ancient Hebrew practice of ritually loading one goat with all of the tribe's sins and offering the other as a sacrificial slaughter to Yahweh was a symbolic attempt to appease the tribal shadow.

Other cultures, such as the pre-Columbian Mexicans and the Carthaginians, used captured warriors and even children for the same purpose. The shadow, according to Jung, can never be eliminated but only accommodated and assimilated. Attempts to eliminate it, as in scapegoating, result in a doubling effect, whereby we split off the undesirable parts of ourselves and/or our tribe, project it onto other people, and self righteously condemn them for traits we ourselves possess.

In our schizophrenic, puritan/libertine culture, we've perfected the art of ritual scape-goating. Instead of virgins, we have whores; Paris, Nicole, Lindsay, Anna Nicole, Amy, Tara, but most of all Britney. 2007 was her year, and she played the role of sacrificial meltdown to the hilt. All of our shame and gluttony and lust has been tied around her neck like a millstone, and her antics have shielded our collective ego from facing up to its own Shadow.

A few weeks after a bloated, drug-addled Britney offered herself up for ritual humiliation on the MTV awards, this item quietly appeared in the Times of London; "Incas fattened up their children before sacrifice on the volcano"

Before being chosen as sacrificial victims, the boy and girl had followed a typical peasant diet. This raises the possibility that they were chosen from among the Incas’ conquered subjects and killed not only to pacify the mountain gods, but also to instil terror and respect for an imperial power. “It looks to us as though the children were led up to the summit shrine in the culmination of a year-long rite, drugged and then left to succumb to exposure,” said Timothy Taylor of the University of Bradford, one of the lead researchers.
“Although some may wish to view these grim deaths within the context of indigenous belief systems, we should not forget that the Inca were imperialists too and the treatment of such peasant children may have served to instil fear and facilitate social control over remote mountain areas.”

The Incas were pikers- we are far more sadistic. Now we fatten these attention-starved narcissists up with fame, drugs, booze, money and sex, and then they are sacrificed to the satanic gods of celebrity culture through fatal exposure to ritual humiliation.
The saddest part of it is that these girls seem to revel in their own destruction. Whatever it takes to get on the cover of People or Us.
at December 29, 2007