Who Watches the Watcher Cults?

Back in September I talked about the Watcher cults - and a certain Tuesday that shall live in infamy - with Robert Phoenix. I know the idea of a Watcher cult is a strange notion for a lot of folks, so I'm posting this excerpt from my recent presentation on Vril and its connections to the Cthulhu Mythos and said Watcher cult.

As you will see, there is a definitive, well-documented and accepted mythos to this strange faith, expressed most explicitly by a certain inexplicably-influential crackpot many of you will be familiar with. It's essentially the same idea as what some mistake as "Luciferianism" or "theological Satanism," but unlike those mostly-imaginary concepts, the Watcher cult actually has an extensive and legitimate body of literature behind it, both ancient and modern.

Details like that matter, no matter how fun it might be to throw Hollywood horror movie buzzwords around.

A lot of very powerful people are provably putting a lot of money into this enterprise, so it's time to level up, dump all the drive-in movie rhetoric, and recognize what it is we are actually faced with. You'll see exactly why this is so urgent in this clip: these people have a timeline and it's barreling towards us fast.

You can watch the entire presentation - not to mention the upcoming Vril videos (the next one will be on the Hollow Earth) - on the Secret Sun Institute of Advanced Synchromysticism Patreon. 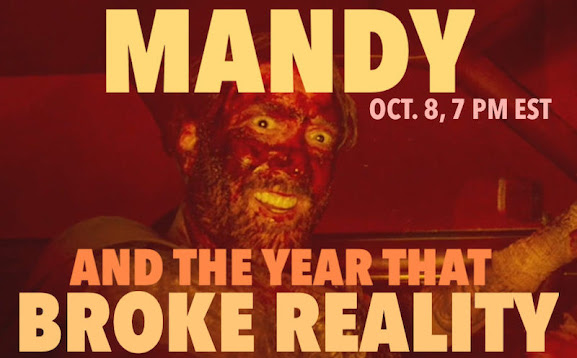 This weekend there will be an epic livestream on the greatest movie of the Twenty-First Century and the reality-changing year in which it's set.
Believe me, you DON'T want to miss this one. 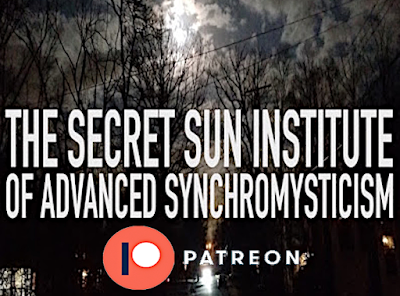 Even better, you can join up at the SSI for as little as $3 a month and access reams of information that will entertain, enlighten and fortify your spirit in these troubled times.

You can also read an overview on Vril excerpted from Our Gods Wear Spandex for free there.