Robert Phoenix had me on his live cast on Sunday to talk about 9/11 star maps, Watcher cults and ritual alignments. I brought the charts and graphs.

Codes were broken and truths were spoken.

Here's the skinny courtesy of the Phoenix:

Author and Synchromystic, Christopher Knowles, aka "The Secret Sun Blog" joins us on a special edition of Sunday Night AstroLive where he breaks down the occult ritual of 911 and "The Stairway To Heaven" as a desecration and consecration to the Watchers, and the summoning of their return.

In the latter part of the show we get into the chart of 9/11/-3, also known as "The Chart Of Jesus's Birthday" with a video that references the particular alignment of Jupiter, the Sun and the Moon as they align with the constellations of Leo, Virgo and Libra.
We look at the corresponding outer planets of Pluto and Neptune, both in signs that were prominent in the 1960's and how the 60's were hijacked as a possible return of the cosmic christ consciousness and played out as a simulacra vis-a-vis "The Summer Of Love." We also look at the mundane chart for the day of 9/11/01 with a new look and angle at the Sun/Pluto/Saturn square on that day and where it's place us in the mix.
From Christopher's constellation map and storming the gates of heaven via 9/11 to my mundane interpretation of 9/11 as Christ's true birthday and the 9/11 chart itself, this show is a 360 degree view of that event and that day.

Brew a cuppa and dive deeper than you ever have before. 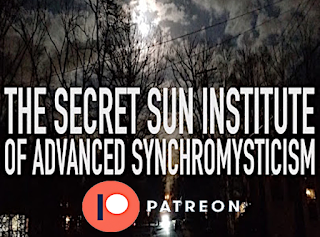 Don't forget there's a metric ton of Synchromystic goodness available at the SSI.

You can join up for as little as $3 a month and access reams of information that will entertain, enlighten and fortify your spirit.

Plus, you go and find the others at the Secret Sun Discord server. 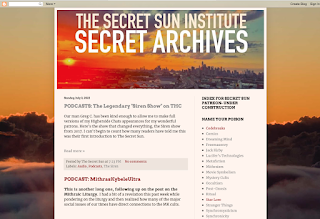 Check out this index to see what you're missing out on. It's quite a lot, fellow seeker.