I've been saying since day one that the Metaverse is a born loser, a white elephant that will most likely lead to Facebook's insolvency and implosion (and arguably already is). Problem is no one believes me since I tend to come to these conclusions by let's say unorthodox means.

So please give that there video a careful watching or two. The chap lays it all out in a highly conventional but unusually insightful fashion, and cogently encapsulates what I was getting at with all my synchro-entrail reading.

TL;DR? It's all over for the Metaverse, for Meta, for Big Tech and the Empire of Lies that it serves. There's nowhere to go because it was all just one big pyramid scheme to begin with. And I don't just mean social media, I mean the entire Progressive project and worldview. History is not and has never been a straight line, and it's literally sophomoric to expect a constant string of breakthroughs and miracles out of science and technology. That's just not how they work. 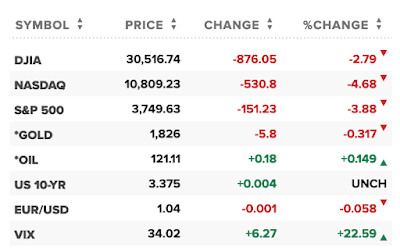 Call it the Peter Principle, call it Dunning-Kruger, but the chickens are coming home to roost for our overlords, none of whom have a fraction of the toughness even of their coddled parents, never mind the 20th Century Captains of State and Industry who were toughened by war and deprivation. Pretty much everyone running everything everywhere now is a pampered pasha who's never experienced even mild inconvenience in their entire lives, never mind deprivation or oppression.

Believe me, it brings me no joy to say any of this. But it's beyond any rational argument, and it's all working according to precedents that have repeated themselves uncounted times throughout history. 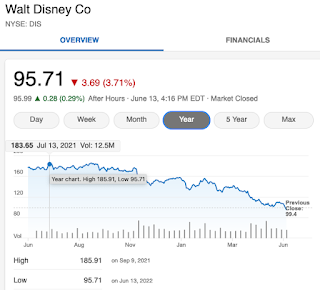 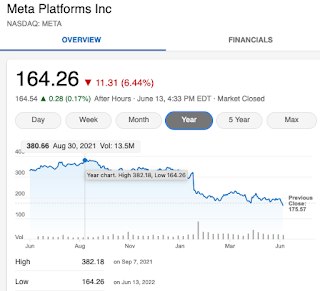 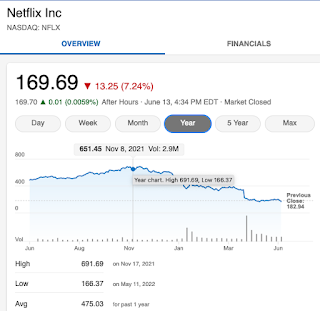 The entirety of the ruling class has been living on Easy Street for a very, very long time now. It's nothing to do with any of them - they are doing absolutely nothing whatsoever other than capitalizing on the efforts of men who actually were tough, shrewd, tempered and tested by real hardship.
Well, that's not entirely true: they've capitalized on the efforts of their moral and mental betters, but they also endlessly lie, cheat, steal and create fraud after fraud, hoax after hoax. Everything they say and do is a lie, that goes without saying. The problem now is that they've begun to believe their own lies. That's an inevitable feature of unstoppable decline, going back to Sumer.
I realize it's a major cope for a lot of Truthers to pull out the fourth-dimensional chess card, the old "they meant to do that" gambit. I hate to break the news but they really are that fucking stupid, that myopic, that delusional. Like I keep telling you, they just had rich parents.
We're all going to suffer for their stupidity, but if traditional patterns hold none of these people, institutions or corporations will make it to the end of this century. Maybe not even the middle. 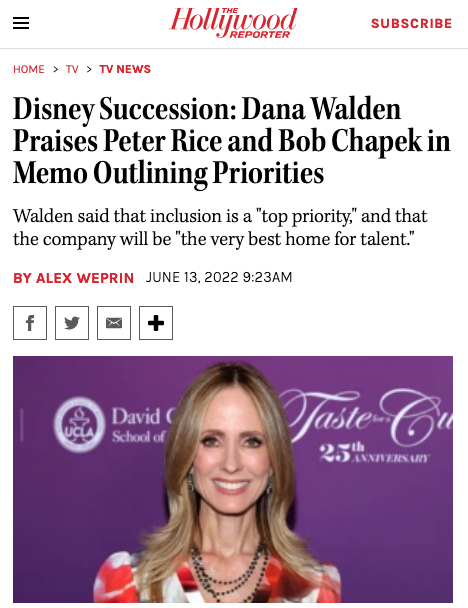 Case in point, the House of Mouse: they've bled out over half their market cap - thanks in large part to sucking hard on the Woke pipe - in the past year, with no end in sight. They screwed the pooch with MCU Phase 4 and they've made a powerful enemy of Florida's governor, who has appointed himself as the Hand of Nemesis. The Iger Regime built itself up by taking on crushing debt and have been creatively cruising on Michael Eisner and Jeffrey Katzenberg's innovations for nearly thirty years now.

Not really a good time to double down on Wokeinoma, but Disney are doing it anyway:

“I promise you that I will do everything I can to support you and make sure that DGE is the best place in the business to work,” Walden wrote in the memo. “A place that thrives on creativity and creative risk-taking; a place where people can bring their authentic, true selves to work every day; a place where inclusion is top priority and collaboration is celebrated; and a place where we will never stop working to be the very best home for talent. Let’s remember we are in the business of storytelling – what’s cooler than that?

Unfortunately, this next line gives the lie to Walden's bold assertions, sounding very "please clap" to these ears.

"Let’s celebrate each other’s wins, show up for one another, watch each other’s shows, and connect even more together as a team.”

I don't hold any Disney stock, but if I did I'd certainly dump it all immediately after reading that cringely drivel. 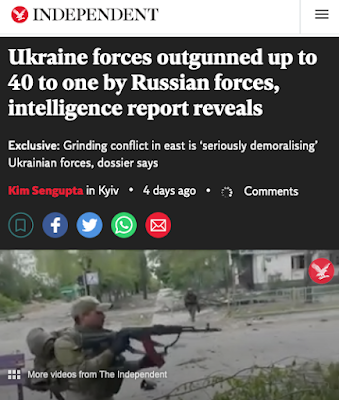 THEY SCREWED UKRAINE'S POOCH TO HELL

The worthless Woke clownsocks who are presiding over the collapse of the (admittedly-overrated) US Military and Intelligence services gleefully made the Russo-Ukraine War the centerpiece of Cold War 2.0, going all in on a gangster-state run by a literal clown. How the fuck is that brainstorm going? 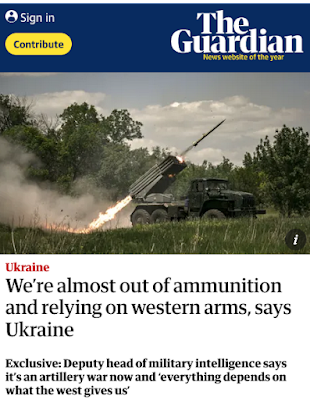 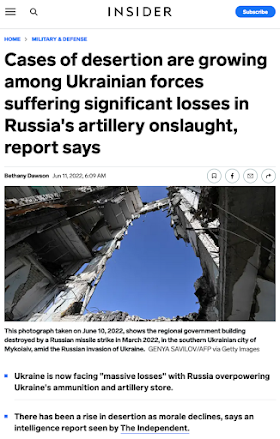 Just as you'd expect: it's the Metaverse of failed proxy wars.

Despite the most aggressive and censorious propaganda blitz I've seen in my lifetime -- including an endless Orwellian parade of ridiculous puff pieces about plucky little Ukraine's inevitable triumph and Russia's inevitable collapse -- the Globalists' puppet regime is getting chainsaw-fucked seven-thousand ways to Sunday. It's so catastrophic that the corporate media can't cover for our incompetent master-planners anymore. Even Grandpa Dribblecup is trying to extricate himself from the shitshow he had made the inevitably-triumphant crown-jewel of his shriveled Presidency.

Well, that's the military campaign. Surely the genius-pool in Washington is having better luck with their economic war, right? 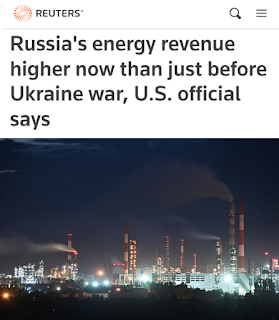 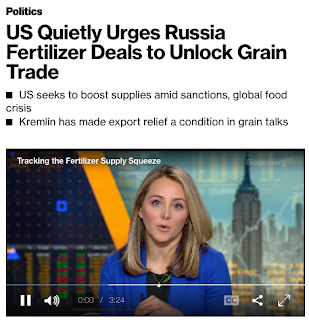 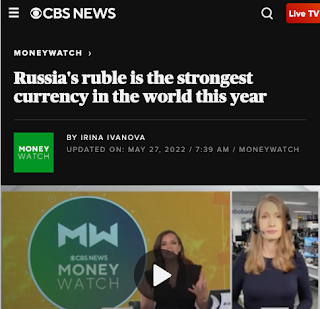 They're also neurotic, arrogant, anxiety-riven and paranoid; profoundly mentally sick to a one. Their reaction to the cold, hard blows they're now getting from the hammerfist of Reality is to lapse into Woke delirium, suicidal Napoleonic delusion and irrational hatred of their own people, just like all the perfumed princes that preceded them.

They know the gravy train ride is coming to an end, and worse, they know they never deserved to be riding it in the first place.

Everything they've built - the fake economy, the fake media, the fake ideology, the fake technology - is a castle of sand crumbling beneath the hard tides of Truth. Their lies, their hoaxes, their frauds, their fakes stand no chance of surviving the onslaught. The world is sick of their bullshit, their ultra-violence and their endless mental abuse.

Major economies are returning to creating real value through natural resources and manufacturing, not lip-flapping and paper-shuffling. America is poised to capitalize on the new economic reality in a supreme fashion, but not with the Davos dickheads running everything now.

Here's one more chunk of wisdom to send you off with. It's a surgical diagnosis of the mess we're in and how it's merely following a long-established pattern. Nature is never to be defied, especially the unchanging truths of human nature.

UPDATE: Still think I'm exaggerating? Read this Intercept article on how the Woke contagion is decimating what had been the Overlords' most effective weapon against the rest of the world for 30 years: the vast, secretive, unimaginably-wealthy and powerful network of "NGOs" and "nonprofits."

That's what folks in the parapolitical community used to call "blowback."